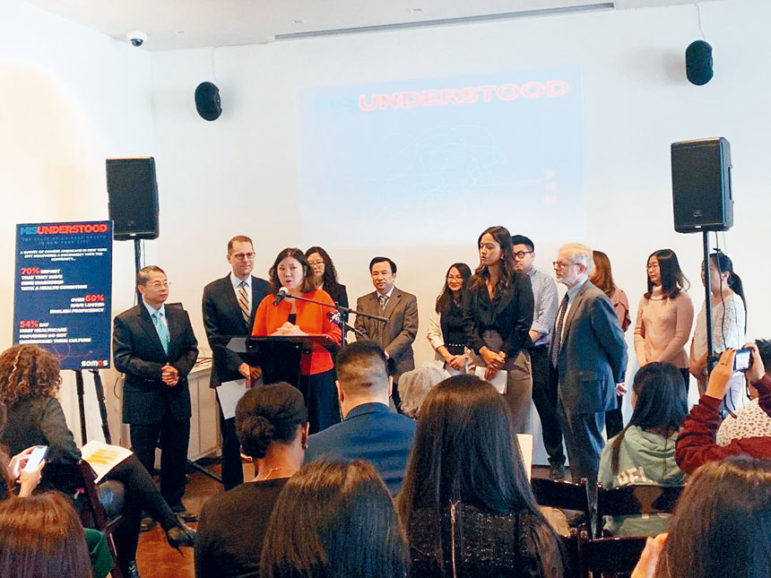 Read the original story in Chinese at Sing Tao Daily

Translated by Rong Xiaoqing from Chinese

Many Chinese New Yorkers are not as healthy as they perceive themselves to be, and the community faces a number of barriers to obtaining proper healthcare, according to a report released Nov. 18 by SOMOS Community Care, a physician-led nonprofit network of community care providers in New York City, together with Congresswoman Grace Meng’s office.

The report, titled “State of Chinese Health in New York City,” surveyed Chinese physicians and patients in various neighborhoods, highlighting the challenges low-income Chinese residents face when it comes to awareness of their own health status, as well as their access to high-quality healthcare and health education. The researchers hope to offer physicians and decision-makers the opportunity to work out potential solutions as the population of Chinese New Yorkers continues to increase.

Dr. Henry Chen, president of SOMOS, said the health status of Chinese New Yorkers is frequently misperceived, neglected and oversimplified. He said Asian-Americans are often believed to be “model minorities,” but most are average New Yorkers who face challenges when it comes to their health. The problems revealed in the report have been prevalent in the community for a long time, and Chen hopes its findings can provide a practical route for the Chinese community to seek better health care.

Those polled cited a number of barriers that stop them from going to see a doctor: 55 percent pointed to the high costs of healthcare, as well as the need to be accompanied by their children or someone they trust when going to an appointment. Of those surveyed, 49 percent said they can’t get time off to see the doctor, and 44 percent said it was because their commute to the doctor’s office is difficult.

The report also found that many Chinese patients prefer to use traditional Chinese herbs for treatment, and consider Chinese medicine an affordable and familiar way to pursue health without conflicting with their cultural beliefs. And although a combination of Western and Chinese medicine often benefits patients, Chinese medicine can sometimes become a barrier to seeking proper health care, the report notes. It calls for strengthening programs that can help reduce misunderstandings about Western medicine and encourage Chinese New Yorkers to seek professional healthcare, such as continuing the state’s Delivery System Reform Incentive Payment (DSRIP) to build a patient-focused healthcare network that provides better care with lower costs.

The DSRIP was part of the Medicaid redesign policies announced by Gov. Andrew Cuomo in 2015, and it requires that providers collaborate by forming a Performing Provider System (PPS) to implement innovative projects focused on system transformation. So far, the program has achieved a 34 percent reduction in avoidable hospital use as well as reduced emergency room use, among other positive results.