Can the City Change Course on How a Key ‘Vision Zero’ Law is Enforced? 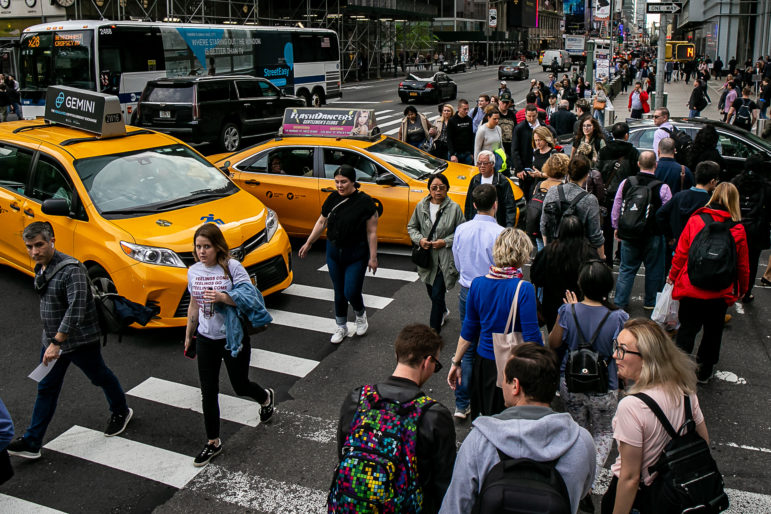 Friday evening traffic at the intersection of 42nd Street and 6th Avenues in Manhattan. Turns across crosswalks are where the dangers of a car-pedestrian encounter are high. A city law set out to address that. but enforcement has been lackluster.

Mayor de Blasio signed Administrative Code 19-190 into law in June of 2014, and the NYPD has been enforcing the law more frequently each year since. The legislation—which set penalties for drivers who fail to yield to pedestrians or cyclists who have the right of way, including grounds for a misdemeanor charge if the victim is physically injured by the crash— “sends a message to drivers that exercising due care, especially at turns, is essential,” the de Blasio administration noted in its Vision Zero report last year.

But a City Limits investigation indicates enforcement of AC 19-190 is falling short of its intended goal of creating tougher penalties for drivers who fail to yield the right of way and hurt people as a result, since the majority of actions under the law have been civil summonses, a majority of which end up getting tossed.

While police made 149 arrests under AC 19-190 between 2015 and the end of 2018, they issued more than 9,000 summonses under it during a similar period, 83 percent of which went to drivers who caused physical injuries. But more than half of those summonses were dismissed after the hearings held by the city’s Office of Administrative Trials and Hearings (OATH), with drivers facing no fine or penalty.

“The ones with significant injuries that are squeaking by in OATH court—these people aren’t seeing justice,” says Daniel Flanzig, a personal injury attorney with Flanzig and Flanzig LLP.

Advocates say one of the challenges to adjudicating these types of summonses in an administrative court is that fact that NYPD officers rarely attend OATH hearings for the drivers to whom they issued summonses, meaning administrative judges have little to go on in making their decision other than the driver’s testimony and whatever information was included on the ticket, often written at the scene of the crash when there’s limited information available.

Steve Vaccaro, a personal injury lawyer and street safety advocate, says one potential solution would be requiring the NYPD to send a representative to 19-190 OATH hearings.

“No tribunal could ever adjudicate these charges meaningfully without the cops showing up.”

Another option, says Flanzig, would be for OATH hearings to more actively involve crash victims in the hearings for the drivers who struck them, allowing them the chance to offer their testimony on what happened.

“They’re not giving the victim the opportunity to at least be notified,” he says, saying he sometimes attends OATH hearings on behalf of his clients in such cases to ensure pertinent about the incident details aren’t overlooked.

If police officers don’t have the bandwidth to attend such hearings in person—something Flanzig acknowledges is a “very time-consuming process” that takes them off their beats—he thinks the city could assign an advocate to serve as liaison between the crash victim, NYPD and OATH, or in cases where the driver is charged with a 19-190 misdemeanor, the district attorneys offices, especially in cases that involve serious physical injuries.

“They need a constant line of communication between the victim and prosecutor, whether it be OATH court or criminal court,” he says. “If there was a prosecutor that was assigned to OATH, or something like that, it would take pressure off of the police.”

Others think the 19-190 law itself could be amended to bring enforcement more in line with the goals of street safety advocates.

“I think it was drafted in a manner that pretty much invited the lack of enforcement,” says attorney Michael Stewart Frankel, of the Frankel Law Firm. AC 19-190 is based on a negligence standard—in order to be found guilty, drivers must have “failed to exercise due care” in their failure to yield the right of way—which is typically associated with civil, not criminal, enforcement, which may explain why the NYPD is largely enforcing the law with civil summonses instead of arrests, except in the more extreme cases.

“When the police department is being circumspect in handing out and prosecuting this as a misdemeanor, one has to recognize that they have a certain cognizance that this has to be a serious situation where someone just acted in a brazen disregard. [That] is not the standard that the City Council imposed, but I think that has been the approach that the police department has been taking,” he says. “Putting a guy in jail—I think that’s what the police are loathe to do for what they see is a civil violation.” 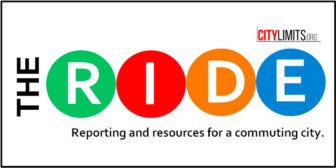 Rather than the threat of a misdemeanor charge, which police have only applied in 149 instances since 19-190 was passed, Frankel thinks the law could be amended to include civil penalties stiffer than the current maximum $250 fine, such as a much higher monetary fine or even impounding the driver’s car for a period of time.

“I think that will be imposed more aggressively by these tribunals, by police officers,” he says.

Marco Conner, co-deputy director for the advocacy group Transportation Alternatives, thinks additional or alternative penalties like a mandatory safe driving course could help in deterring dangerous driving, but thinks 19-190 is a good start.

“We don’t just want to punish for the sake of it,” but to deter drivers from bad behind-the-wheel behavior. “We believe there should be a consequence, and the Right of Way Law is on the right path.”

2 thoughts on “Can the City Change Course on How a Key ‘Vision Zero’ Law is Enforced?”