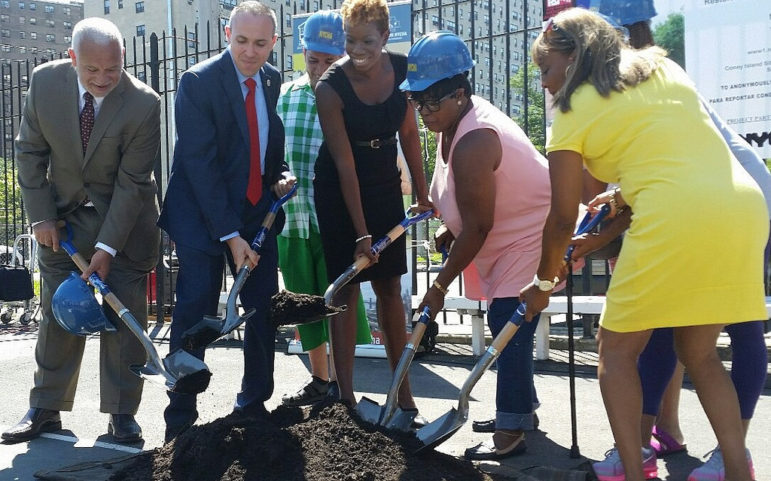 The other side:
CityViews: Project Labor Agreements Will Lower Costs and Improve Results for NYCHA
Read it here.

This winter, hundreds of thousands of New Yorkers went without heat or hot water at one point or another during the frigid winter months in NYCHA properties – totaling roughly 80 percent of NYCHA residents. This has prompted an intense discussion across the state about the best ways to make positive changes and repairs to the beleaguered system. One of those solutions is the proposed implementation of a design-build system for NYCHA.

On its own, this is a positive step forward that the state should not hesitate to enact. I have repeatedly advocated for such a system because it would streamline the process through which critical repairs are made at NYCHA. But there is a catch: it is likely to be accompanied with a project labor agreement (PLA) that would mitigate any gains.

A design build makes sense for NYCHA because it allows for the initial conception of a project to be coupled under the same contract as the action construction, skipping a step in the traditional design-bid-build process.

Streamlining the construction process is a desirable outcome in almost any context, but it is especially noteworthy when discussing NYCHA. This last winter has laid bare the negative consequences further delays could have on public housing residents – delays in routine boiler repairs is what left them out in the cold, after all. That makes the sense of urgency more than appropriate.

But those same stakes also mean that any potential solution must be thoughtfully considered and elected officials must ensure that any steps must actually serve the public housing community that will be affected by these changes.

Everyone involved in these discussions is of course aware of the financial troubles facing the housing authority. NYCHA has a capital deficit in the billions despite a seemingly endless list of needs, and the federal government is not likely to inject capital into the system. That means that leaders both in New York City and in Albany must make smart financial decisions and look to help the authority get the most work possible out of what money it does have.

When implementing a design-build system, Governor Cuomo simply cannot tie that to a project labor agreement as a means to appease his politically-connected friends. The construction industry knows all too well what these agreements do to both the quality of work and the costs, and the reality is that these negative consequences would negate any positive outcomes from the design-build itself.

This result would do a disservice to the very community that is supposed to be the beneficiary of such a dramatic action. Instead of getting real repairs done quickly by a group of contractors who had to compete against one another to put forth the best, most cost-effective project, public housing residents would again be stuck with slow, costly repairs.

Moreover, entering into a PLA would cast aside the efforts of NYCHA Chairwoman Shola Olatoye, who has recently lamented the negative impact of such agreements on the authority – especially when it relates to cost – and signal that, despite the rhetoric, New York is committed to business as usual.

NYCHA residents have suffered enough this winter thanks to business as usual. What they truly deserve now is not more of the same couched in promising language but a bold solution intended to improve their lives. In practical terms, that means it is time to leave project labor agreements behind.

Brian Sampson is the President of the Associated Builders and Contractors, Empire State Chapter.