ZoneIn Video Tour #2: the Pros and Cons of a Jerome Avenue Rezoning 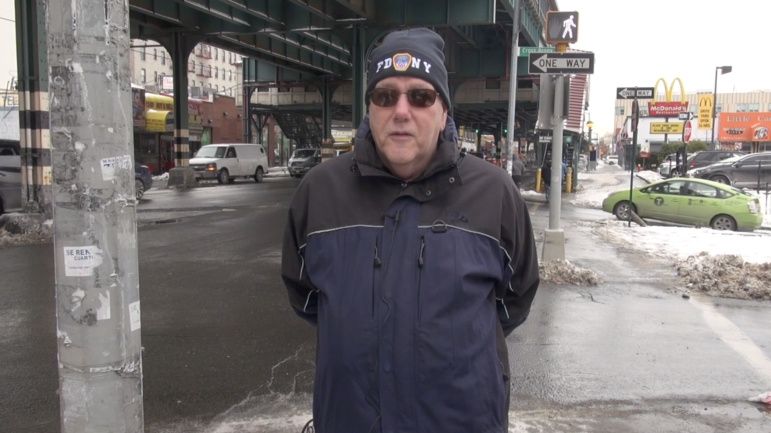 The De Blasio administration’s first Bronx rezoning is quickly moving through the approval process. The rezoning, which spans a 92-block area including Jerome Avenue and some adjacent streets, would enable residential development on private land that is currently mostly zoned for industrial and auto-uses. The City Planning Commission is expected to take a vote on the rezoning this week and the City Council will cast the ultimate vote within the next two months.

On January 4, City Limits presented a video tour of Jerome Avenue lead by Carmen Vega-River, a resident who is opposed to the proposed rezoning. Today’s video tour with resident Frank Amato offers a different perspective: Amato supports the rezoning but does have his share of concerns.

The city predicts the rezoning will lead to the creation of 3,250 new apartments, 723,273 square feet of community facility space, 35,575 square feet of commercial/retail space, and a loss of 47,795 square feet of industrial space and 98,002 square feet of auto-related space. Under the de Blasio administration’s mandatory inclusionary housing law, the city will require a portion of these apartments to be targeted to specific incomes. The city has also committed to a variety of investments and programs to accompany the land-use change, and says that it will subsidize private developers interested in working with the city to build more income-targeted apartments than are required.

While many residents, especially those in the Bronx Coalition for a Community Vision, have expressed concerns that the rezoning will lead to widespread displacement, Bronx Community Board 4 and 5 and the Bronx Borough President both voted in favor of the rezoning with conditions.

Amato, who said he’s a retired paramedic and property manager who has long been involved in community advocacy, moved to the Bronx three years ago seeking an affordable, livable community. He is also a community board member who voted in favor of the rezoning but is speaking only as a community resident on this tour.

Amato thinks that the rezoning will bring opportunities for economic development and new businesses in the area, as well as more opportunities to build affordable housing.

Yet Amato is also concerned about whether the new affordable housing will actually be affordable to existing residents. He also expects current auto-businesses may be displaced and worries about those workers’ livelihood. At the same time, he thinks it would be good to see a greater diversity of businesses and would like the sidewalks, frequently interrupted by automobiles, to be easier for pedestrians to navigate.

Amato expressed concerns that the city is undermining its own ambitions to make the area more attractive for development by continuing to oversaturate the area with shelter facilities. According to the City Council’s 2017 fair share analysis, five of the city’s top 10 community districts with the highest concentration of shelter beds are in the Bronx, including community district 4 which overlaps with the rezoning.

During the interview, Amato also said he’s looking forward to the Department of Transportation’s planned safety improvements to the Cross Bronx Expressway, which is part of the city’s overall plan for the Jerome Avenue area, but that he continues to remain concerned about the number of children’s playgrounds and handball courts that are directly adjacent to the highway and are breathing in the highway’s pollution.

Take the tour with Amato and stay tuned on Wednesday for the results of the City Planning Commission vote.

4 thoughts on “ZoneIn Video Tour #2: the Pros and Cons of a Jerome Avenue Rezoning”