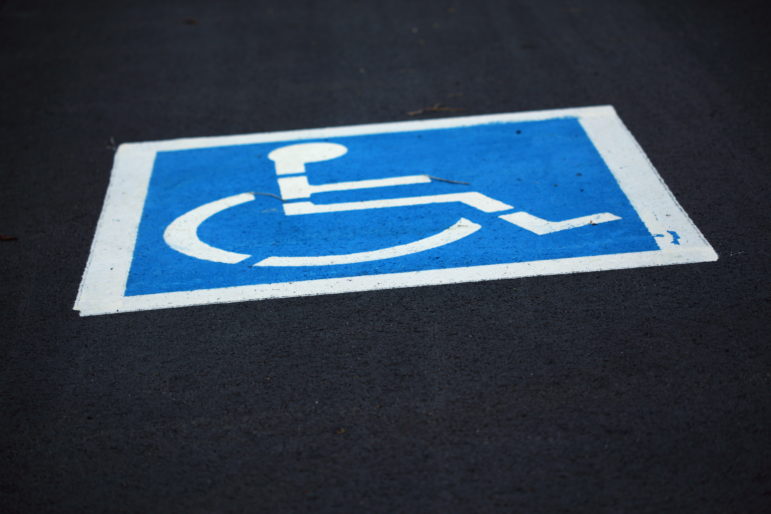 Accessibility to New York City’s courts by people with disabilities will be the subject of a hearing of the City Council on Thursday, jointly held by the Committee on Mental Health, Developmental Disability, Alcoholism, Substance Abuse and Disability Services and the Committee on Courts and Legal Services.

According to 2016 statistics from the Mayor’s Office for People with Disabilities (PWD), disabled New Yorkers account for 11 percent of the city’s population; approximately 99,000 use wheelchairs.

Courthouses are considered public accommodations and therefore are legally required to be “fully and equally” accessible to people with disabilities according to advocates, who cite the Eighth Amendment, the Americans with Disabilities Act and the city and state’s Human Rights Laws.

Rory Lancman, chairman of the Courts committee, is concerned with how open the city’s justice system is and with, “the literal meaning of access or accessibility in the broadest sense,” which can include competent legal counsel, the ability to get around the courts, “even the laws themselves.”

A 2015 report issued by New York Lawyers for the Public Interest (NYLPI) describes, “A troubling picture: New Yorkers with physical disabilities face an array of accessibility barriers in all areas of courthouses … denying them meaningful access to justice in a most fundamental way, in violation of federal, state and local laws.”

NYLPI investigated 10 of the city’s 30 courts and discovered widespread problems. Eight of the ten had inaccurate and/or poorly placed signage to indicate accessible entrances and facilities; six had separate entrances, and there were impediments at five of those “purportedly accessible entrances.” Every one of the 21 courtrooms had an access barrier to entrances, spectator seating, and/or to jury and witness boxes.

Other findings include heavy or locked doors to bathrooms, narrow or inaccessible stalls, and out-of-reach faucets and/or soap dispensers. The report also found that courthouse staff displayed little ability to help people with disabilities to gain access. The report also noted what it said were inaccessible entrances and routes at public service offices such as clerks offices, help centers and victim support services and a lack of separate areas in holding pens for counsel to visit with clients with mobility impairments.

“The only way for a person who uses a wheelchair to access a space in a courthouse is through a makeshift arrangement that negatively draws attention to his or her disability … making them reasonably believe they face a choice of either creating a commotion and drawing attention to themselves or not participating at all,” the report stated.

Among the more egregious disclosures was that, “Multiple wheelchair users have reported being carried up and down several flights of stairs to be booked and processed,” because no elevators exist. One anecdote involved a wheelchair user who was not allowed to use an accessible bathroom and wet herself. “It’s unfair and inhumane that a person in a wheelchair is not given a place to go to the bathroom in the holding pen. I was humiliated, embarrassed and felt ashamed,” the woman told NYPLI researchers. NYLPI recommended “combatting ignorance and attitudinal barriers” by requiring routine staff training, and instituting an ADA coordinator to provide compliance oversight.

Both Lancman and NYLPI agree some fixes can be easily or inexpensively instituted, like better signs, enhanced training of staff, even removing the more flagrant physical obstacles. Many barriers can be remedied at little cost, they say.

So why haven’t they been incorporated? Part of the challenge is that responsibility for court administration falls under the auspices of several agencies. That includes the city’s Department of Citywide Administrative Services (DCAS) and Department of Corrections (DOC) as well as the state’s Unified Court System, run by the Office of Court Administration (OCA).

“Courts are a behemoth,” Lancman told City Limits. “[They] themselves struggle despite the name ‘unified courts’.”

OCA’s website describes an existing statewide ADA Coordinator, “responsible for assisting the courts in assuring access to services and reasonable accommodations for court users who qualify under ADA” and within every courthouse, an ADA liaison.

However, “We have questions about whether the ADA coordinators and liaisons are properly trained and whether they are effective,” emailed a NYLPI staff attorney.

“The administration is dedicated to ensuring that individuals with disabilities have equal and full access to the judicial system,” emailed Cathy Hanson, spokesperson for DCAS. “To that end, DCAS has been working with our partner agencies at the city and state level to determine how to best address any concerns on this issue. DCAS will brief the Council on our progress at next week’s hearing.”

How well or poorly DCAS and the other agencies are doing in following the law is something Lancman hopes to better gauge as a result of Thursday’s hearing. That includes how well they coordinate together, because historically, interagency coordination isn’t always achieved–especially when both the state and city are involved.

For Lancman, inaccessible courts are just one piece in the puzzle. “Look around the city. There’s widespread non-compliance with the ADA. Unfortunately, discrimination against the disabled is not viewed as seriously as race, etc. That culture of a lack of seriousness permeates both public and private spheres.”