My Basement Apartment is ‘Unbearable.’ What Can I Do? 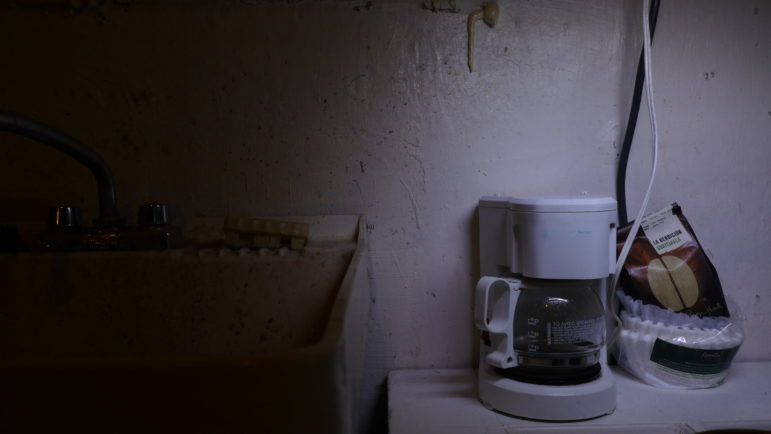 A reader asks: I am living in a basement at [address withheld] and just wanted to know if it is legal. It is a walk-in basement and the situation I am facing living in the basement is unbearable.

If the unit is legal, you can file complaints with the Department of Housing Preservation and Development (HPD) and the Department of Buildings (DOB) by calling 311. The agencies will visit to conduct an inspection and issue violations. After that, if the landlord does not make the repairs, you can bring them to housing court.

You can also attempt to withhold rent until your landlord makes repairs, or you could bring your landlord to housing court immediately to force them to make the repairs, says Andrea Shapiro, program manager at the Met Council on Housing.

If your apartment is illegal there is a risk of being vacated from the property.

“The general problem with illegal apartments is that the tenant is basically in a Catch-22,” says Jonathan Fox, director of the Tenants Rights Unit at the New York Legal Assistance Group.

An inspection by the DOB could lead to an order to leave. However, “If a tenant doesn’t inform city authorities, it’s very unlikely the landlord will make changes to the apartment to make it more habitable,” says Fox.

“DOB only issues vacate orders for an illegal apartment as a last resort, when we find a living space that is posing an imminent hazard to residents,” says Andrew Rudansky, deputy press secretary for DOB.

“If an illegal apartment is found to not pose a danger to tenants, then we will take enforcement action but not issue a vacate order,” he says.

In the case that a vacate order is issued, tenants are offered immediate relocation assistance by the American Red Cross.

According to Rudansky, DOB inspectors have investigated over 18,000 complaints of suspected illegal conversions in the last 12 months. Over that time, there were 1,613 vacate orders issued city-wide for unsafe illegal units and other reasons such as after a fire makes a building uninhabitable. 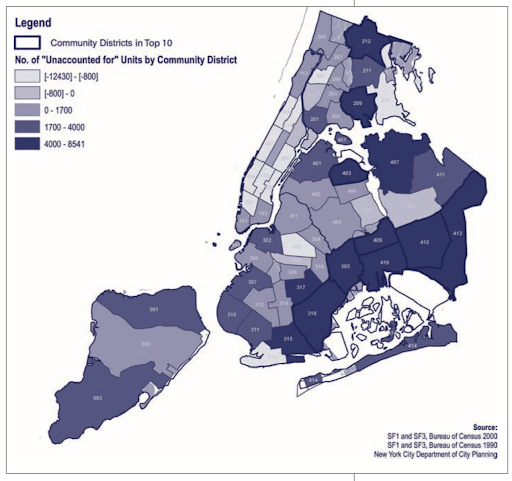 Concentration of ‘unaccounted for’ apartments by community district, 1990-2000.

Your landlord can also apply to convert your apartment to a legal dwelling, if the space complies with the building code and the area’s zoning code. One prerequisite: it must be more than 50 percent above ground. If this is the case, your landlord should contact the DOB to do so.

Have a question about New York City? Let us know below.

4 thoughts on “My Basement Apartment is ‘Unbearable.’ What Can I Do?”