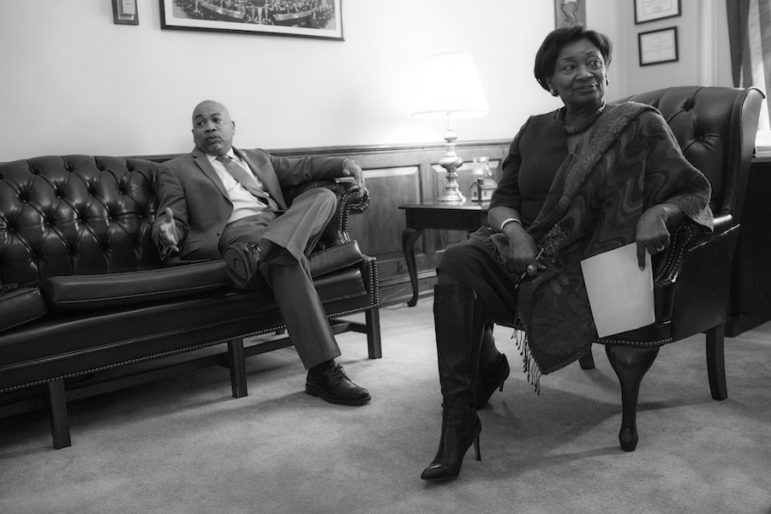 Office of the Senate Majority Leader

New York State on Wednesday stood close to historic reforms that would fundamentally tilt the balance of power from landlords to tenants in regulated housing.

Democrats in the Senate and Assembly announced late Tuesday agreement on a sweeping list of changes to the rules governing the nearly 1 million rent-stabilized apartments in New York City, where annual rent increases are governed by the Rent Guidelines Board (RGB). The changes would also affect rent-stabilized tenants in Nassau, Rockland and Westchester Counties.

While the deal does not include all reforms sought by tenant advocates, it represents sweeping change to the system that affects about 2 million tenants—rolling back property owners’ ability to raise rents beyond the annual rent guidelines increases and making this year’s set of laws permanent, eliminating the high-stakes battle over rent regs that has been a regular ritual in Albany.

In addition to making the rent laws permanent, the bill would

• repeal high-rent vacancy decontrol, which had permitted landlords to take vacant apartments out of stabilization if the rent crossed a threshold, and high-income deregulation, which allowed landlords to deregulate occupied apartments if a household’s income was higher than $200,000 in two preceding years—measures that are blamed for the loss of 300,000 units from the system over the past quarter-century

• end the vacancy bonus, which allowed landlords to hike rents as much as 20 percent upon vacancy—a mechanism that tenant groups said incentivized harassment. (A similar provision called the “longevity bonus” is also eliminated.);

• prevent landlords from raising “preferential” or discounted rents to the legal rent during a tenancy, though a landlord could charge the higher, legal rent to a new tenant under most circumstances;

• reduce the impact of Major Capital Improvements (MCIs)—extra charges imposed by a landlord for building-wide capital projects—by limiting the maximum annual rent increases to 2 percent (from 6 percent in the city and 15 percent in other counties), requiring more audits of MCIs and limiting the time over which landlords can charge MCIs to 30 years (right now, they’re permanent);

• limit the dollar amount that landlords can claim in individual apartment improvements, and restrict the duration of related rent increases to 30 years;

• give any municipality in the state the ability to opt-in to rent stabilization if they meet the requirement of a vacancy rate of less than 5 percent;

• tighten protections for tenants affected by a coop or condo conversion;

• establish new anti-harassment protections for tenants statewide, including creating the crime of unlawful eviction, banning the use of tenant “black lists” and limiting security deposits;

• increase the ability of tenants to challenge rents by allowing a six-year (rather than four-year) look back at rent history and increasing owner liability for overcharge claims from two to six years;

• limit exemptions from the stabilization system for apartments set aside for landlords’ own use or units used by nonprofits to house the homeless;

• require annual reporting by the state on trends in the rent-stabilized system.

The agreement between the Democrats who control both houses of the legislature on a single bill puts Gov. Cuomo in the difficult position of having to either sign a law that includes broader reforms than he appears to have wanted, or veto a measure preserving rent protections beyond their June 15 sunset date.

The governor’s office had not released a statement on the rent deal by press time. Property owners made clear late Tuesday that Cuomo was their only hope.

“It is now up to the governor to reject this deal in favor of responsible rent reform that protects tenants, property owners, building contractors and our communities,” said Taxpayers for an Affordable New York in a statement. TANY predicted the reform package “will lead to disinvestment in the City’s private sector rental stock consigning hundreds of thousands of rent regulated tenants to living in buildings that are likely to fall into disrepair.”

TANY, a lobbying arm of the Real Estate Board of New York, had joined with property-owner groups on an aggressive campaign to fight off unwelcome reforms to the rent laws this year, including mailed advertisements and demonstrations by building contractors who said reforms could mean less repair work for them.

However, they confronted an Albany landscape that was dramatically different from earlier years, when landlords won huge victories (in 1993 and 1997) or at least preserved the status quo (2011 and 2015). Not only do Democrats control both houses of the state legislature with meaningful majorities for the first time in generations, but newly elected progressives who’d promised strong rent reforms are a powerful bloc within the Senate.

The financial contours of real-estate politics have also changed: One of the first acts of the Democratic majority in Albany was to close the LLC loophole, which allowed real-estate companies to funnel massive campaign donations to lawmakers and the governor.

Tenant groups did fall short of some of their goals. A statewide “good cause” eviction law, which would have essentially pegged rent hikes on every rental unit in the state to 150 percent of inflation and required lease renewals in most circumstances, was left out of the package. And tenant advocates had hoped to get MCIs and IAIs eliminated altogether.

“The Senate and the Assembly have come together with a proposal to confront decades of injustice caused by inadequate tenants’ rights in New York State,” said Cea Weaver, campaign coordinator of the Housing Justice for All campaign. “We can proudly say that after so many years of fighting relentlessly to ensure all New York renters get the stability they need, the tenant movement is taking back the protections we lost as a result of decades of Republican and real estate control in Albany. We are calling on Governor Andrew Cuomo to sign this proposal which would provide stability and organizing power to millions of renters and manufactured home residents across our State.”

“But,” Weaver added, “we have a long way to go until every tenant in the state can live free from the fear of a rent hike or an eviction. This is a partial victory that strengthens tenant protections against speculative landlords and opens the possibility for tenants to fight for rent stabilization across the State of New York.”

Weaver said the tenant groups would work in future years “to make sure that we eliminate MCIs and IAIs once and for all, that we end no-fault evictions, and that the millions of renters across the entire State of New York—no matter where they live—can finally live free from the fear of displacement.”

“These reforms will pass both legislative houses and we are hopeful that the Governor will sign them into law. It is the right thing to do,” they said in a joint statement. “None of these historic new tenant protections would be possible without the fact that New York finally has a united Democratic Legislature,” the two continued. “Our appreciation also goes to the tenant advocacy groups and activists that fought so hard to make this possible.”

It was not immediately clear if the deal on rent regs was tethered to any other big-ticket items on the agenda in Albany as the legislative session winds to its June 19 end—like marijuana legalization, decoupling drivers’ license eligibility from immigration status and stricter climate-protection laws, to name a few.

The attention of tenants and landlords alike will soon shift from Albany, which controls the rules of the rent stabilized system, to the Rent Guidelines Board, which votes next week on rent hikes for the 2019-2020 period.