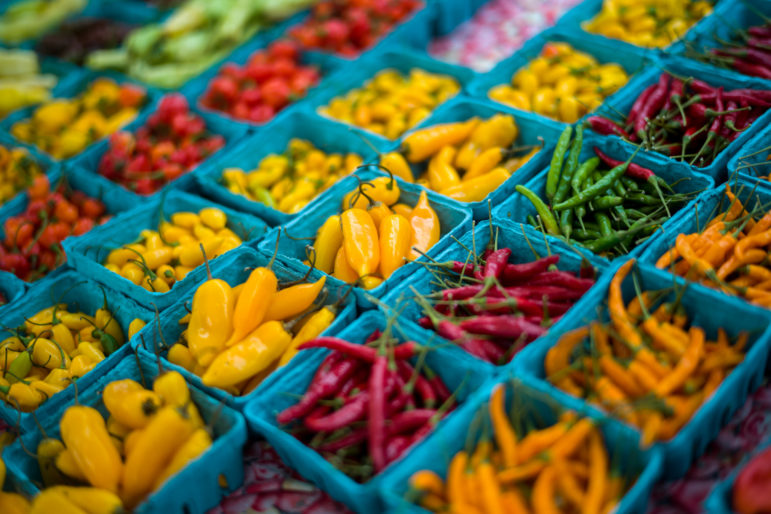 The farmer's market sells it. We eat it. Someone picks it.

The movement for worker’s rights is as old as this country—yet, the workers that comprise the labor sector in which this fight began remain exempt from the from federal and local labor protections and laws that have come of it.

For the farmworkers of New York State, the Farmworkers Fair Labors Practices Act (FFLPA) is a promising remediation to exploitative labor practices, poor living conditions and a pernicious exemption from legal protections or mechanisms to fight against it.

Reintroduced to the new Senate Session this January, the FFPLA proposes amendments to New York Labor and Public Health Laws that would grant farmworkers the right to collectively bargain, overtime pay, a day of rest, access to unemployment and disability benefits, and insurance if injured during the course of employment.

While the 20-year-old piece of legislation has been introduced to each Senate Session since 2010, it has yet to receive the necessary votes from New York Senators to pass. Republican Senators and farm owners are cited as blocking passage in the past, but the United States’ history of relying on an exploitative agricultural industry to nourish its citizens and bolster its economy should not be overlooked as a factor either. For example, agricultural workers were excluded from New Deal reforms that expanded workers’ rights, such as the National Labor Relations Act (Wagner) and the Fair Labor Standards Practice Act (FLSA).

The perpetuation of this abuse nearly 90 years later is not an accidental oversight. Arguments against expanding farmworkers’ rights range from attacking this population’s undocumented status to asserting that offering workers more benefits would put the agricultural industry at a competitive disadvantage that would lead to its collapse.

The New York Farm Bureau, a membership organization financed and controlled by New York farm owners and also notorious for lobbying and sponsoring Republican senators, released a statementin opposition to the FFLPA that ends with: “Fewer jobs and less local food would undoubtedly be the legacy of this legislation.”

These narratives act as a facade for an exploitative industry that relies on undocumented labor.

The Workers Justice Center of New York’s Human Trafficking Director, Renan Salgado, reports that on average $50 a week is deducted from a farmworkers’ paycheck for taxes and Social Security. That means the 100,000 workers, 70 percent of whom are undocumented, contribute approximately $3.5 million per week or $182 million per year to a system from which they will never see returns. Undocumented and documented workers alike are expected to follow federal and state laws, while denied the protections and benefits of abiding by them. As a leader in apple, dairy, and maple syrup production, in 2017, New York’s agricultural industry brought in over $5 billion. An average farmworker earns $11,000 annually.

Far from economic ruin, the agricultural industry, nationally and in New York, has grown at fast rates, including when protections and rights for farmworkers have been granted. For example, agricultural revenues increased by 39 percent the years after the minimum wage was raised for farmworkers in 2004.

With a Democrat-controlled Senate—for the first time since 2009—the FFLPA stands a chance this year. The passage of this bill wouldn’t only improve the lives of farmworkers, it would set a precedent for the rest of the country and send the message that New York treats all of its workers with dignity and equality.

To miss this opportunity would be to perpetuate an industry built on racism and exploitation. It would be to ignore a contradiction between the Constitution of the State of New York, which grants all employees the right to organize and bargain collectively, and New York’s Employment Relations Act,which exempts farmworkers from this provision of the Constitution.

Time marks the changes in seasons that bring the harvest, it also marks the number of years farmworkers have been exempt from labor protections. And just as the harvest season comes each year, so will farmworkers’ long-standing request to be treated with respect; different, may be New York Senate’s answer to their appeal.

If New York’s food justice activists are so interested in ‘knowing where their food comes from’, in ensuring their kale is fresh, local and organic, if our agricultural industry is so keen to boast its apple and dairy production success, and our Senators quick to campaign on progressive and equality based platforms, it is also New York’s citizens, consumers, and representatives responsibility to recognize and protect the workers who make this all possible. Here’s the chance.

Olivia Heffernan is a soon-to-be graduate of SIPA at Columbia University. She is a freelance journalist covering labor organizing, immigration reform, and prison abolition. More at: livheffernan.com

2 thoughts on “Opinion: Time for Albany to Harvest Long Overdue Crop of Justice for NYS Farmworkers”