CityViews: Community Land Trusts are a Path to Affordable Homeownership 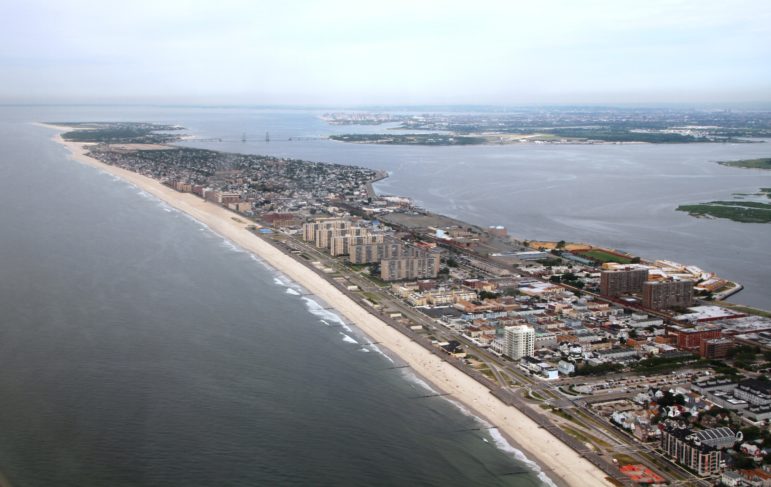 ‘The community land trust model is one of the few that can touch on the homeownership needs of communities such as Southeast Queens and the Rockaways.’

New York City’s affordable housing crisis needs a long-term solution and one that addresses the needs of low-income families seeking to become first-time homeowners. For many years, affordable homes were created through public investment, but little thought was given to how long they would remain affordable.

Now is the time for the city and community partners to learn from the oversights of the past and create new, affordable housing units that achieve two goals: First, meet the growing needs of our city and, second, maintain permanent affordability for future generations.

The Community Land Trust (CLTs) model satisfies both of these needs.

CLTs achieve a delicate balance of providing families with the opportunities of homeownership, like building equity and providing stability, while also protecting public resources in perpetuity. The land on which a home or building rests is owned by a community-based non-profit. The non-profit leases the land to homeowners at an affordable price with the stipulation that all future resales will be restricted to similarly qualifying households, meaning the home’s affordability is maintained.

Families in CLTs are more likely to enjoy the same positive social outcomes as other homeowners, including better health and education outcomes, more stable employment, and an opportunity to build long-term equity.

The benefits of CLTs extend far beyond the immediate homeowners too. CLTs multiply the value of public dollars by extending the timeframe that a unit remains affordable and protects against foreclosures due to overleveraging and speculation. They also limit the negative effects of gentrification and allow hard-working families to afford a home in neighborhoods that would otherwise become too costly as the surrounding market prices increase overtime.

CLTs, while rare, do exist. Established in 1994, the Cooper Square Mutual Housing Association on Manhattan’s Lower East Side stands testament to the strength of the community-focused, cooperative model. Tenants of Cooper Square live in separate apartment buildings and cross-subsidize their rents as well as pool their utility and maintenance costs to save money.

Cooper Square is a great example of how New York City can tap into the benefits of CLTs through rentals and shows the true versatility of the model. While I am a supporter of CLTs being used to address all areas of the housing crisis, this model is one of the few that can touch on the homeownership needs of communities such as Southeast Queens and the Rockaways.

In Burlington, Vermont, more than 800 homes now house low-income families and the homes will remain affordable for the next generation of families seeking to own their first home. This is a model prime for replication throughout the five boroughs and is currently being pursued by the newly established East Harlem CLT.

In the pursuit to advance this beneficial model, I have championed the cause of CLT’s and introduced legislation to support the inclusion of CLTs in the mayor’s affordable housing plan. Later today at 10 a.m., the City Council’s Committee on Housing and Buildings will hold a hearing on the legislation that seeks to allow CLTs to enter into regulatory agreements.

In response to our effort and the advocacy of groups like the Coalition for Affordable Homes and the NYC Community Land Initiative, the City has already taken the first step in supporting groups like the Interboro CLT, East Harlem CLT, and Cooper Square CLT in their pursuit to realize the CLT model across New York City. The outcomes of these partnerships have the potential to reinforce the bonds within communities and sustain the long-term viability and affordability of neighborhoods all across the five boroughs.

The band aids we have put on the affordable housing crisis in recent years, while necessary, lack the long-term needs of a growing city. We must keep our eyes on the horizon. In a little over 20 years the population in the five boroughs is projected to jump another 10 percent, adding nearly another million inhabitants in need of a home. By 2040, our city will also be older with about 40 percent more residents over the age of 65.

The demands on the city’s affordable housing stock won’t lessen any time soon. But, if we invest in models of permanent affordability today, like Community Land Trusts, we can avoid the housing crisis of tomorrow.

Council Member Donovan Richards represents District 31 in Queens, which encompasses Laurelton, Rosedale, Springfield Gardens and Far Rockaway. He is the chair of the Council’s Subcommittee on Zoning and Franchises.

3 thoughts on “CityViews: Community Land Trusts are a Path to Affordable Homeownership”