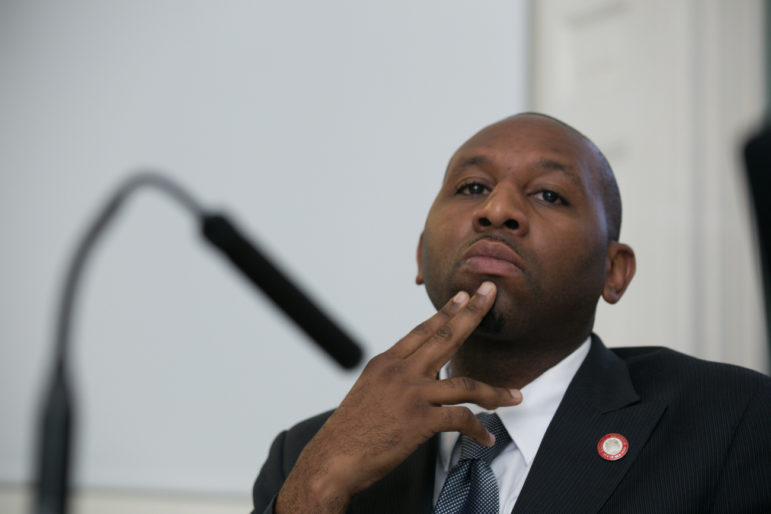 Councilmember Donovan Richards of the Rockaways remembers what it’s like to grow up in a studio apartment with teenage parents and two siblings and to move frequently due to housing instability. That’s why homeownership is one of his major passions, he says, and why he is making a push for the city to adopt the community land trust model.

“In this day and age when we’re really pushing affordable housing and the administration is really serious about affordable housing, we also don’t want to lose sight of homeownership opportunities for residents,” says Richards, who, as chair of the subcommittee on zoning, has had a front row seat to the mayor’s housing plan. “Homeownership is the American dream and unfortunately…it’s harder to really achieve that dream. Community land trusts are an important way of achieving it.”

A community land trust is a nonprofit entity dedicated to the stewardship of land and the permanent affordability of the buildings on that land. Under the model, the land trust, governed by a board compromised of residents and community stakeholders, retains ownership of the land, while housing is leased to tenants at affordable rates or sold to low- or middle-income homeowners. Any resale of homeownership units must abide by price caps to keep the units affordable for future buyers.

Today Richards will introduce Intro 1269, a bill that would enter the phrase “community land trust” into the city’s administrative code, raising the public profile of an alternative housing model that has already gained traction in other cities. It’s also intended to cut some red tape for community land trusts seeking property tax relief.

“Council Member Richards’ bill is an important first step toward establishing the [community land trust] model as an essential strategy for preserving affordable homeownership in New York City,” says Christie Peale, executive director of the Center for New York City Neighborhoods, which has been in conversations with Donovan on the bill, along with Habitat for Humanity. “We hope the bill will draw attention to the benefits of the model and build momentum for action at the state level, where most tax policy is determined.”

Richards wants to use community land trusts to ensure permanent affordability of the single-family homes planned for the Edgemere Urban Renewal Area in the eastern Rockaways, as well as to create affordable homeownership opportunities as part of the city’s rezoning plan for Far Rockaway. The councilmember hopes the model will address wealth inequality by helping low-income families acquire assets, though community land trust homes create less equity than market-rate homes due to their resale caps.

“I think HPD has shown a willingness and openness to seeing a [community land trust] happen in the Rockaways,” says Donovan, referring to the Department of Housing, Preservation and Development. “I think this bill will actually push the conversation further.”

An increasing number of community groups are excited by the community land trust’s democratic governance structure and its promise of permanent affordability. Picture the Homeless recently launched a community land trust in East Harlem, and Habitat for Humanity, which has used the model in other states, wants to develop one for new single-family homes in southern Queens. These groups are currently in conversation with HPD about fostering community land trusts, and they are also seeking legislative changes to make New York State law and city policy more favorable to the model.

“The community land trust model is not widely accepted or institutionally supported in New York City,” says Matthew Dunbar, vice president of government relations and advocacy at Habitat for Humanity NYC. “As we seek to rezone more communities, the more tools in the tool chest, I think the better we all are.”

Last year, the New York City Community Land Initiative and the Coalition for Affordable Homes crafted a legislative proposal that defined community land trusts and described eligible residents as households making less than 120 percent AMI, or $97,920 for a family of three. It also said that community land trusts should be exempt from property taxes or, at the least, that the city should assess land trust properties in a way that reflects their affordability restrictions. Since a community land trust’s properties cannot be sold or rented at their actual market value, the bill drafters argued, neither should they be taxed at their market value.

Due to ambiguities in New York State law, local governments currently do not have a consistent approach to assessing the property values of community land trusts, according to a 2011 study by Cornell professor David West. Dunbar says that some community land trusts find way to secure property tax exemptions, but it’s a challenging process. For instance, the Cooper Square Community Land Trust, a fully formed CLT, obtained a 40-year property tax exemption from HPD as a Housing Development Fund Corporation (HDFC) cooperative. Dunbar says that it would be a hassle for every community land trust to have to apply for HDFC status.

Richards’ adapted and shortened bill sticks to the basics: it introduces the term “community land trust” to the administrative code. It would invest the Department of Housing Preservation and Development with the authority to create regulatory agreements with community land trusts, under which all the rental and homeownership units must remain permanently affordable to households making no more than a maximum 165 percent AMI, or $134,640 for a family of three, the federal definition of middle-income housing. (The community land trust could also implement stricter eligibility criteria.) 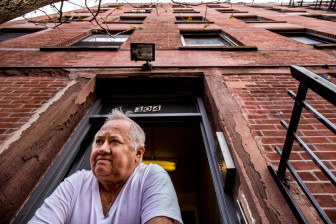 What are community land trusts? Click here for key background.

Only the state government can create a new tax exemption, but the city has the power to regulate how the Department of Finance assesses city properties. Because the department offers special treatment to properties in regulatory agreements with HPD, Richards’ bill is a step toward ensuring community land trusts are assessed differently.

Though different than their original proposal, advocates are hopeful that it will create momentum for the conversation on community land trusts.

“This is a good first step in that it’s really going to be talked about and discussed in city council in a way that it hasn’t been before,” says John Krinsky, who was involved in the drafting of the original bill as a founding member of the New York City Community Land Initiative.

A spokesperson for HPD said the agency would review the bill after it is introduced.

* * * *
City Limits coverage of housing policy is supported by the New York Community Trust and the Charles H. Revson Foundation.