Max & Murphy: Gifford Miller with a Candidate’s View on a Campaign’s Final Hours 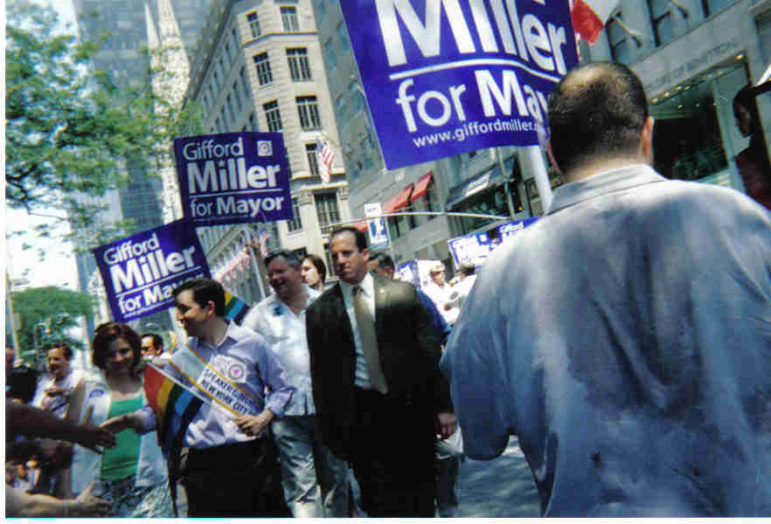 Miller on the campaign trail in 2005.

In a few hours the 2017 primary elections will begin. They’ll end before most of the prime-time TV shows come on. The vast majority of New Yorkers, and even registered voters, might not pay any attention to the event, let alone go to the polls to cast a ballot. Even among those who do vote, few will be emotionally invested in the outcome of many of the races. Most reporters will also be detached from the results because that’s what they’re supposed to be.

But for the few hundred people whose names are on the ballot, Tuesday means something very different. It represents a day on which tens of thousands of strangers decide whether you’re worthy or not. It is the end of months of bruising work—knocking on doors, attending debates, making phone calls, abandoning families, asking people to give you money. It could begin or end a career in public service.

Most of us—reporters included—see only the most public elements of those climactic moments of a long campaign. But what is it like to know you are going to lose a race, or have someone guarantee that you are going to win, before the votes are even counted? What are the final hours of a campaign really like when you’re the candidate? What mix of relief and regret attach to a race once it’s in the rear view?

Gifford Miller was the youngest person ever elected to the City Council when he won a special election in 1996 and then became the youngest Council speaker, at age 32, in 2002. Two years before the 2005 citywide elections, a Quinnipiac Poll put him ahead of Mayor Bloomberg by 8 points. On primary night in 2005, however, Miller placed fourth. He conceded with dignity, finished out his term in the Council, and moved on to a career in real-estate development and consulting.

Ben Max of Gotham Gazette and I met with him on Monday for a candid, Primary Eve talk about the life of a candidate in the last days of the campaign. Listen below as Miller looks back on a bold claim by Congresswoman Carolyn Maloney, reveals the fact that “The Wedding Crashers” was a source of strength for him as the ’05 race ground on, and belts out his signature song: La Borinqueña, the national anthem of Puerto Rico: