A Video Visit to Jamaica Bay

By Guglielmo Mattioli and Adi Talwar. 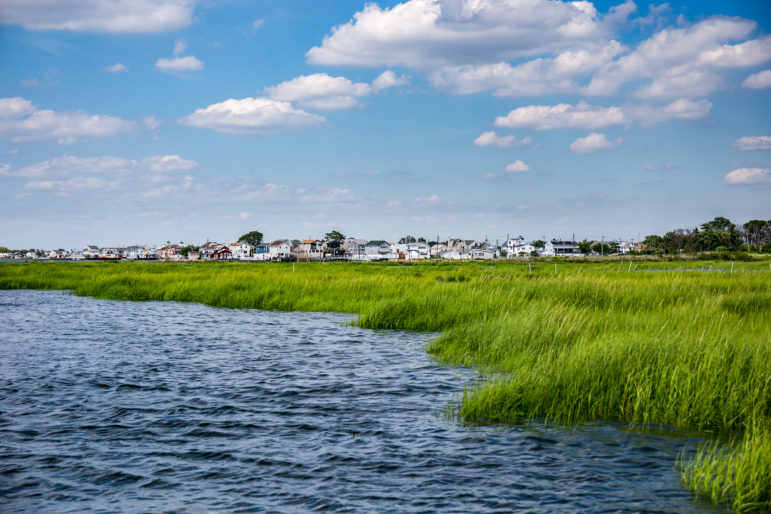 Despite years of effort to reduce pollution to the bay, its marshes keep on disappearing, in part because of still-high nitrogen levels but also because of climate change.

If Newtown Creek represents the quintessential industrial canal, a survivor of a century of environmental abuses, Jamaica Bay is that wild swath of land that one would think invincible but is actually extremely fragile.

The bay is a 39-square-mile natural area resembling a huge seashell in its shape located on the southern shore of Long Island. Both Brooklyn and Queens are on its northern side and the Rockaway Peninsula, also part of Queens, forms its southern end. The Bay is separated from the ocean by the Rockaway Inlet. It comprises wetlands, marshes and a national wildlife refuge and is bordered on its northeast side by one of the busiest airports in the world, JFK.

The bay is considered the crown jewel of the city’s green spaces, home to hundreds of species of birds, fishes and marine life. It’s a ecosystem unique within the entire Northeast coast just a hour subway ride from downtown Manhattan. The proximity to the city makes Jamaica Bay a unique wild environment in urban setting but is also its major threat.

Fresh Creek is one of the tributary of the bay. Its waters show traces of pollution due to stormwater and sewer overflow, especially after strong storms. At the same time, it is home to beautiful and vitally important marshes. Don Riepe from the American Littoral Society explains more:

Navigating in Jamaica Bay with Riepe, racing in and out of the bay’s tributaries and passing under the Belt Parkways bridges, one gets a glimpse of how the bay’s landscape meshes with the city’s:

Joco Marsh is the largest salt marsh of the bay. Marshes are slowly disappearing because of erosion, poor quality of the water and rising sea levels. Riepe tells us more about their ecological functions and the challenges that threat their existence:

The bay is flanked on its northern east side by JFK airport. If on one side the views of landings and takeoffs are spectacular, the airport is a source of pollution for the bay mostly because of water runoff, deicing chemicals and noise. In this video a massive Airbus 380 from Korean Air Lines is taking flight:

And here’s a time-lapse film of a day in the Bay:

Time-lapse film by Talwar. Other films by Mattioli.