Saving NYC’s Food Waste From Both Landfill and Compost 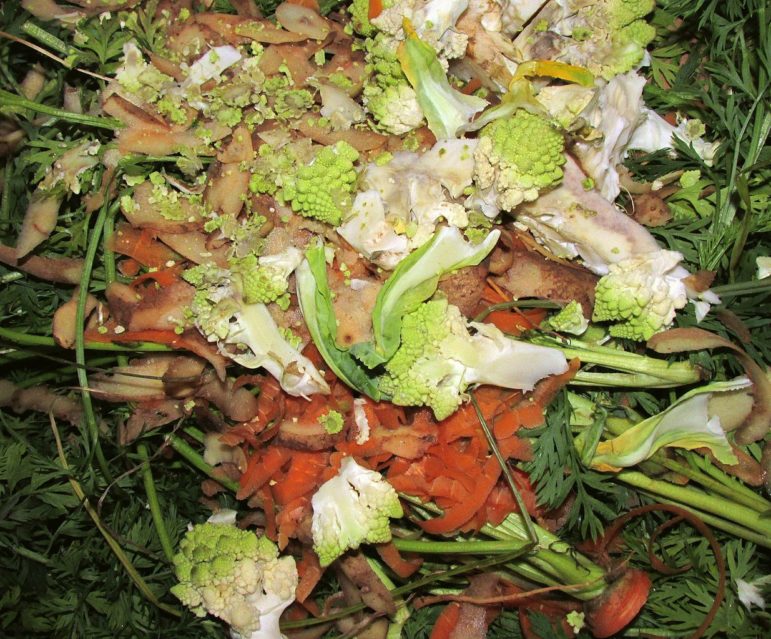 Garbage? Compost? Or a dinner that should have been had?

Approximately 40 percent of all food grown in the United States is thrown away before is even eaten. Then it goes to landfills and produces methane emissions which is a potent greenhouse gas, 25 times more potent than carbon dioxide.

The City of New York under its OneNYC sustainability vision and its Zero Waste Plan ambitiously aims to divert all the waste it produces from landfills by 2030, food waste included. At a hearing Tuesday, reps from the Mayor’s Office for Sustainability and advocates testified on where those ambitions stand.

As of today, the city diverts from landfills a small part of its food waste primarily through compost and organics collection programs, which are costly. Local Law 146 approved in 2013 mandates businesses producing large quantity of food waste to recycle most of it but the lack of facilities able to process food waste is preventing DSNY from enforcing the law and makes alternative strategies even more important.

Hence the interest in preventing food waste in the first place. “Like for energy, the best strategy for food waste reduction is to use less,” said Margaret Brown attorney for Natural Resources Defense Council. When this is not possible, food that hasn’t been consumed and is still edible should be redistributed to avoid collection and composting costs.

One key problem is that New York City doesn’t know how much edible food is wasted every year. The Mayor’s Office of Sustainability is working with the Rockefeller Foundation and Natural Resource Defense Council to undertake a food waste assessment, but in the meantime the lack of data makes it harder to implement effective solutions.

“You can’t manage what you can’t measure,” said Kate MacKenzie of City Harvest, the oldest food rescue organization in the city. City Harvest alone in the last year diverted from landfill 55 million pounds of edible food and fed 1.4 million New Yorkers who are food-insecure through soup kitchens and food pantries.

“To increase the untapped potential of food donors, we need large caterers to be part of the process,” MacKenzie said, “The food that hasn’t been put out on the serving line can still be used.”

A major reason why people and businesses throw away edible food is the confusing date labels on food products. Unlike many states, New York doesn’t have a label regulation, as a result expressions like “sell by,” “use by,” “best buy,” and “expires on” mean different things to different people.

“We can start setting the standard,” said Councilman Reynoso, who is pushing for a local law that he says would allow New York to lead the way to uniformed labels. “They [food manufacturers] we’ll conform because we are New York City,” said Reynoso.

A clear labeling initiative is the most cost effective of 27 potential solutions to the food waste problem and has the greatest economic value per ton of any other action, according to a recent ReFED report.

Some advocates worry, however, that a local law could generate confusion and instead support a proposed bill under scrutiny in Congress that would introduce two labels: one that says “expires on” for food that would be unsafe to eat after a certain date and another that says “best if used by” for everything else.

Whatever policy is adopted, the committee and the advocates agreed that a public-awareness campaign targeting businesses and consumers will be essential to success.