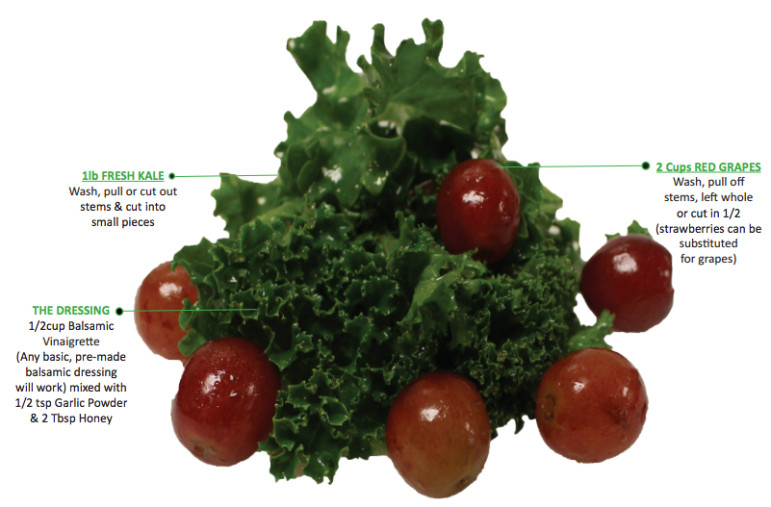 Nearly three years after Hurricane Sandy propelled the city’s Department of Education to briefly offer free lunch to all its students to ease some of the storm’s massive disruption in the months afterward, the DOE is inching toward permanent expanding access to school food, slowly enrolling in a new federal program to give more students a free lunch. But the DOE could move faster, and economically smarter, activists say.

The federal program—known as the Community Eligibility Provision or CEP, which started in New York State in 2012—reduces paperwork requirements for school districts for enrolling children in free-lunch programs and delivers more federal funding to the city than other, longer-standing programs.

According to Community Food Advocates, which uses data from the DOE, 780,000 students out of the system’s 1.147 million students are eligible for free or reduced lunch. Fully one-third of students who are eligible for free lunch do not, however, eat lunch. The children don’t eat either because of the perceived stigma of receiving free food, bring their own food, go out at lunchtime or don’t eat lunch at all.

Particularly onerous is the stigma around getting free food, and the confusion for some families about applying for free lunch.

“You have immigrant families who are afraid if they fill out the form, it will affect their chances of becoming a citizen,” says Jan Poppendieck, a member of the Lunch 4 Learning campaign and author of Free For All, Fixing School Food In America (University of California Press, 2010).

Free lunch for all

The benefit of the CEP is that it takes the guesswork out of enrollment by directly certifying a school’s eligibility.

Under the CEP, schools no longer have to collect income data from families every fall. So there is no need for families to fill out the school food applications that are given out each September. Instead, the families can be directly certified in the program through their participation in Medicaid, SNAP, TANF, Head Start and other federal programs.

Schools can enroll in the CEP if at least 40 percent of the students meet the eligibility requirements. The school system agrees to provide free lunch to all students. The feds, in turn, agree to reimburse the school system for at least 64 percent of all the meals it serves; systems with a higher percentage of eligible kids get a more generous reimbursement. The reimbursement covers about $3 per meal.

There is another component to the program that makes it even more advantageous, says Community Food Advocates: schools that don’t meet the 40 percent eligibility requirement can team up with a school that does, and if the average of the two schools meets the 40 percent benchmark, the school with the lower eligibility requirement can enroll in CEP.

“It reduces paperwork and costs, while making it easier for children in low-income communities to receive meals at no charge,” she wrote, calling the CEP “a viable and valuable alternative” for schools in high poverty areas.

So far, Detroit, Chicago and Los Angeles, as well as upstate cities such as Buffalo, Rochester, Utica and Syracuse are participating in CEP, say advocates.

Last year, in response to a concerted effort by Lunch 4 Learning—a coalition of more than 100 education advocates, politicians and nonprofits—the DOE took its first tentative steps toward expanding free lunch: It enrolled 254 middle schools in the CEP, and the results were impressive.

“You had between 10,000 and 15,000 more middle-schoolers eating lunch every day,” says Agnes Molnar of Community Food Advocates, which has been spearheading the Lunch 4 Learning campaign for the past two years.

In the 2014-2015 school year, the DOE was reimbursed $4.9 million through the CEP program alone for meals served.

Advocates now want the DOE to expand the program aggressively. But the department is moving slowly. A DOE spokesperson noted that along with the 254 standalone schools that are enrolled in CEP, all District 75 school students – students receiving special education services – are also enrolled in CEP. But that’s a small portion of the program’s potential, say advocates. They contend that if the DOE embraced CEP, the system would be able to reach 120,000 children who already qualify for free or reduced lunch, but right now are not receiving it.

“We are committed to ensuring our students receive healthy nutritious meals in school, and will continue to monitor this program,” DOE’s spokesperson told City Limits in an email.

Worries about other funding

While the DOE declined repeated requests to speak about its reluctance to more fully embrace the CEP program, advocates speculate that the city is worried that the CEP provision will somehow affect its eligibility for other federal monies, such as Title 1 monies that go to schools with high poverty rates.

An official in the child nutrition program at New York State Education Department, which oversees compliance with CEP, says the DOE’s potential concerns about that are not unfounded. The city needs to be able to collect the school lunch forms, which supplies family income data, as a way to determine what children, and by extension, what schools, are eligible for Title 1 funding.

DOE is also responsible for overseeing the disbursement of Title 1 funds to nonpublic schools that qualify for the funds, like private and parochial schools. And because that population of students is so large, the DOE needs to move carefully to ensure that no school’s Title 1 funds are lost, explained the official.

“The loss of data gleaned from the school meals application form when the schools participate in CEP is a “critical factor” in the DOE’s consideration of the expansion of CEP. The NYC DOE’s Title 1 distribution formula “for public and nonpublic schools is very complicated, and great relies on this data,” noted the official.

That is not to say that CEP can’t be initiated, it just needs to be done in a way that parents are also still incentivized to fill out the school lunch forms, so the DOE can still capture that key data, said the NYSED official.

Even without the complicating concern about Title I money the economics of school lunch are complicated. On one hand, federal reimbursement does not fully cover the cost of every meal, and universal free lunch means losing revenue from students who paid. On the other, administering the current system is costly.

Community Food Advocates estimates that it would cost the city $20 million more to offer universal free lunch to all its students, but that the city would also see a greater reimbursement from the federal government.

Another way to think of it, said Liz Accles, executive director of Community Food Advocates, is if the DOE encouraged schools to enroll in the CEP, “it would reduce what the city is paying” per meal per child “and more students would be eating.”

Poppendieck believes the city is missing a chance not just to recover more federal dollars in school lunch reimbursement, but also to reach families who, though they may not be technically below the poverty line, experience food scarcity: “There are a lot of families who are income ineligible on paper and they could certainly use the help.”