Advocates Hail NYC Credit-Check Ban as Strongest in the U.S. 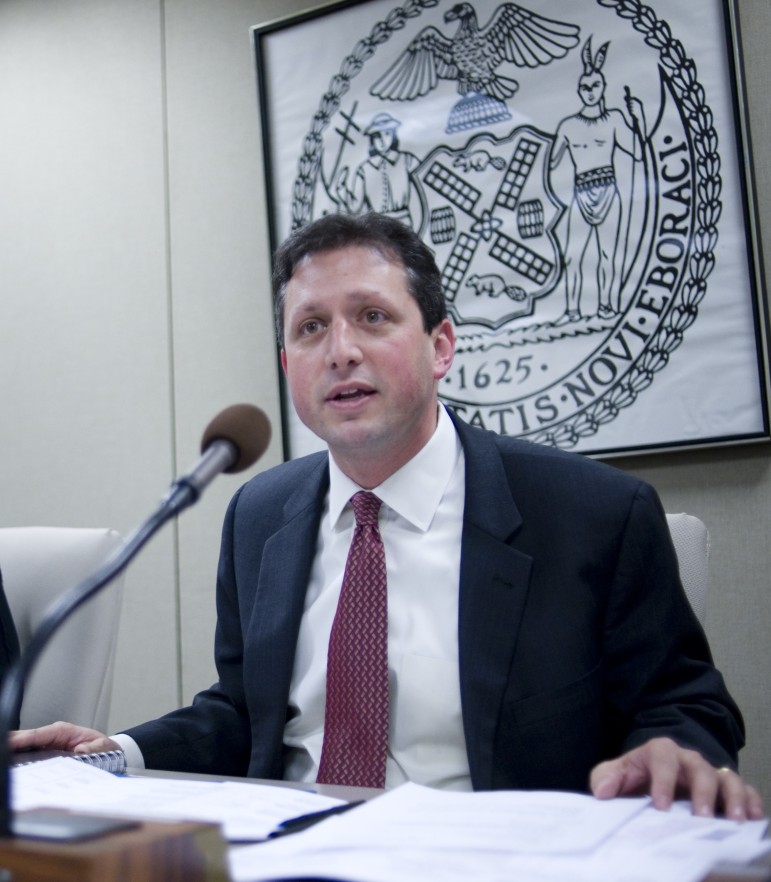 Councilman Brad Lander, the primary sponsor of the bill.

Advocates say they bent but did not break in changing a New York City law that will ban most employers from using credit histories to screen job candidates.

Intro. 261, sponsored by Brooklyn’s Brad Lander, would make it illegal for an employer, labor organization, employment agency or licensing agency to ask for or use “information contained in the consumer credit history of an applicant for employment” or make any decisions on hiring, firing, promoting or paying a person based on credit data.

The measure passed the City Council by a vote of 47-3 during Thursday’s stated meeting.

When the bill was first proposed, the business community—led by the Partnership for New York City—objected to the breadth of the bill. In a February letter to Mayor de Blasio and Council Speaker Melissa Mark-Viverito, the Partnership’s president and CEO Kathryn Wylde said business owners “object to the language of this Council bill because it applies to all jobs and allows for no discretion on the part of employers, who must have the ability to protect their customers and themselves from loss and liability.”

The initial language of the bill offered a very limited exemption that applied only to “employers that are required by state or federal law to use an individual’s consumer credit history for employment purposes.” The Partnership in February suggested New York use Connecticut’s 2011 ban on credit checks as a model and include sweeping exemptions, including for all financial institutions, any managerial posts, all jobs with access to consumer or employee personal or financial info, all workers with access to assets valued over $2,005 and any gigs that involve “fiduciary responsibility to employer.”

The current version of the law does include an expanded list of exemptions, but they’re far more narrowly tailored than what the Nutmeg State adopted. If passed by the Council and signed by the mayor, the New York City ban won’t apply to hiring for police or peace officer jobs, posts subject to Department of Investigation background checks, jobs where the employee has to be bonded or needs government security clearance, positions involving trade secrets or national security information, or workers who operate digital security systems or control business assets valued at $10,000 or more.

Despite the exemptions, the New Economy Project says the measure will be “the strongest law of its kind in the country.” The Project and 78 other organizations were part of the NYC Coalition to End Credit Checks in Employment, which produced video testimonials to document the impact of credit checks on job-seekers, especially people of color.

“We are pleased that New York City has withstood pressures by the credit reporting industry and other big business lobbyists to gut this important legislation, and we look forward to working closely with the city to monitor the impact of the few exemptions contained in the bill,” the New Economy Project said in a statement earlier this week.

Sarah Ludwig, the Project’s founder and co-director, says the bill’s monitoring provision is key. The law will direct the Commission on Human Rights to track the bill’s impact and, in two years, report to the Council. If it turns out the exemptions are significantly eroding the bill’s impact, Ludwig says, the Coalition will “fight really hard” to close the loopholes. “The Coalition would never have signed on to this bill if we didn’t believe it was extraordinarily strong and would cover the vast majority of employers,” she says.

According to a report earlier this week in Crain’s, the business community is satisfied, too—though still not thrilled with the measure.

“Starting with a bill that had no exceptions, there are now exceptions for fiduciary responsibility and for access to sensitive technology data, which are significant,” Wylde told Crain’s. “Our preference would be that the city government not intrude on matters that are historically and appropriately within the discretion of employers, but credit checks are not widely used as an employee screen, so the amended bill is something most employers can live with.”

4 thoughts on “Advocates Hail NYC Credit-Check Ban as Strongest in the U.S.”