The NYPD has More Police Officers Than 45 States 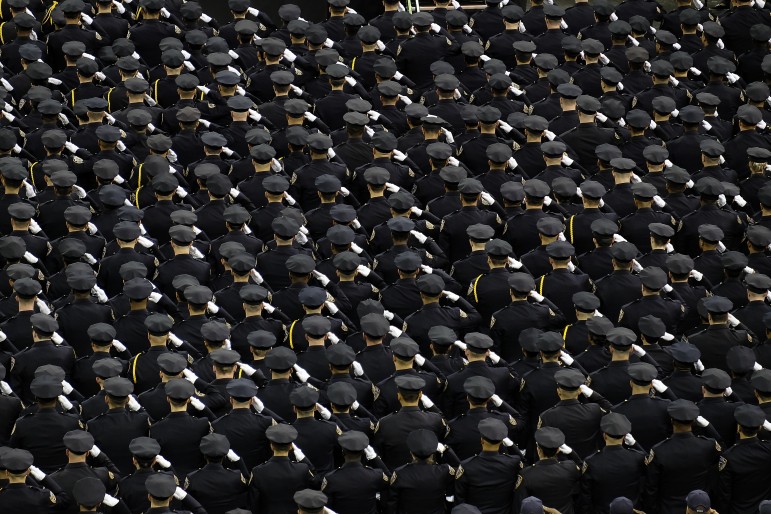 The New York City Council is expected Tuesday in its response to the mayor’s preliminary fiscal year 2016 budget to call for increasing the New York City Police Department’s headcount by 1,000 officers.

It’s unclear what the de Blasio administration’s response to that response will be. Last year, the mayor resisted Council Speaker Melissa Mark-Viverito’s call for additional officers, but that was before the Eric Garner killing. Now Police Commissioner Bratton is arguing that more cops are needed to permit the training and intensified police-community interaction he says will prevent tragedies like Garner’s death.

Many critics of the NYPD’s broken-windows policing strategy oppose expanding the department’s headcount. “We don’t want more cops,” said a coalition of advocacy groups in a press release this morning. “The City Council needs to stop selling out our communities for its own political reasons. 1,000 more cops is not ‘progressive’ and is a step away from the accountability.” For her part, Mark-Viverito has argued that “to demand reform and to demand more resources, [are] not mutually exclusive.”

The debate is over whether the NYPD is big enough. What there’s no debating is that the NYPD is very, very big. Here are some numbers to put it into perspective:

Headcount of the Federal Bureau of Investigation 34,456

Headcount of the Bureau of Alcohol, Tobacco, Firearms and Explosives 4,768

Headcount of the U.S. Marshals Service 5,303

Headcount of the Secret Service 6,338

Headcount of the Transportation Security Administration 59,367

Headcount of the Immigration and Customs Enforcement 18826