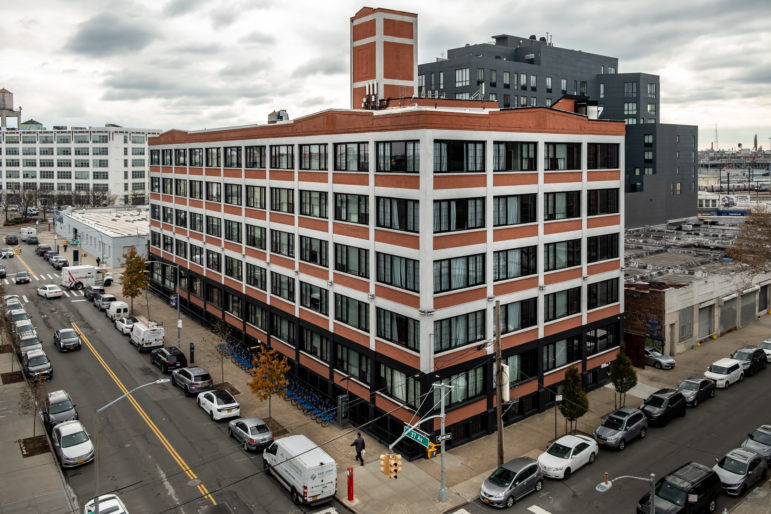 Co-living is picking up steam in the private sector as the de Blasio works to make a shared-living pilot program part of its affordable housing initiative.

Co-living spaces, or communal living, emerged as a modern housing model around Silicon Valley in the early 2000s. The sites were once known as “hacker houses” because residents typical worked similar tech professions, toiled for the same company or came from the same academic institution.

Shared housing has its own history in New York. Lucy Block, a researchers at the Association for Neighborhood & Housing Development (ANHD) said co-living spaces are similar to single-room occupancies (SRO) that existed for decades in the city but were eliminated in the 1980s, when they made up an estimated 10 percent of the housing stock, due to changes in the city policy (that, incidentally, led to a rise in the homeless population). Now there are several start-ups like Common that have entered the market since 2012 and today those furnished spaces offer amenities such as fitness centers, work space and cleaning services that are included in the rent cost.

In 2018, HPD announced its pilot co-living program, the Share NYC initiative—which is part of the city’s housing plan, called Housing New York 2.0, to create and preserve 300,000 affordable housing units across the five boroughs by 2026. Share NYC arose after the de Blasio administration began noticing the growth of marketplace co-living housing.

The agency put forward a request for information (RFI) and a request for expressions of interest (RFEI) where developers were asked to outline how they planned to design, build and maintain co-living spaces. Winners were announced in October.

“We’d been approached by a couple of developers who expressed interest in exploring this in an affordable housing context. So we put out the RFEI to understand how the interest in shared housing and the need for shared housing can be harnessed to help meet our affordable housing crisis,” says Leila Bozorg, HPD’s Deputy Commissioner for Neighborhood Strategies. “We announced three projects coming out of that RFEI that we want to move forward with and those projects, I think, represent a different set of needs that exist in the market and it’s different ways that the shared housing typology can meet different needs.”

The agency required that each development be sited on privately-owned land and that each tenant would have their own lease for their rooming unit, each of which would be covered by the city’s Housing Maintenance Code and subject to rent regulation.

The rooming units will include a mix of target incomes, including units for “extremely low” and “very low income” tenants and formerly homeless tenants, all of whom would have household incomes less than $48,050 for a three-person household.

In Harlem, the proposal submitted by Ascendant Neighborhood Development and the Ali Forney Center, includes a plan for the construction of a new, 10-story shared housing development that will create 36 housing opportunities. The building is slated to include four duplex shared units and one simplex shared unit. All the spaces will be affordable to low-income households and they are expected to be filled through referrals from the shelter system. The building will be fully furnished, and the rent will include all utilities. According to HPD, the units will be designed to encourage a sense of community and create a home-like environment. Residents will also have access to onsite social services including the Ali Forney Center Life Skills Programming and life-coaching retreats. The project will include a variant refrigerant flow heating and cooling system, a green roof, and a rear yard with native plantings that will be open for resident use. Bozorg says this project will be similar to supportive housing and is targeting homeless youth.

The largest of the co-living projects awarded by HPD was submitted by L+M Development Partners and Common, and is slated to create 253 mixed-income new housing opportunities within 56 shared housing units in two, eight-story buildings in East Harlem. Each building wing will feature a different shared housing typology in order to provide options for tenants who may prefer different housing arrangements: Some units will be designed around a large central communal area which includes a large kitchen, living room, and recreation space. Other units will offer a more intimate shared-housing scale with a mix of private and shared bathrooms. A third of the development will be market-rate; the other, income-targeted spaces are expected to serve a variety of incomes ranging from very low-income to moderate-income households, according to HPD. The project is slated to be resilient and will include a back-up power system that consists of a co-generation unit, solar panels and energy storage.

The Brooklyn project, planned for an existing site in East New York, is slated to rehabilitate existing legal single-room occupancy units in townhouses to include 11 housing opportunities in a two-story building. All units will be furnished and affordable to extremely low- to low-income households, and the rents will include all utilities. The project seeks to retain all existing tenants. The renovations will include a redesign of the layout and the exterior will remain the same to maintain the contextual character of the neighborhood but the windows will need replacement. PadSplit, a co-living company, will oversee property management and provide conflict-resolution assistance.

Bozorg says the Share NYC initiative is in the process of exploring how the pilot program will serve different income-levels before establishing more definitive guidelines for the program. The proposals will serve populations that may benefit from shared spaces that are coupled with supportive services.

Bozorg says the initiative takes advantage of HPD’s existing authority over creating new rooming units in the city, which gives the city’s housing agency an opportunity to create and establish tenant protections on those sites.

“To date, it’s actually not possible to create new rooming units in New York unless you’re coming through HPD. So we wanted to open up that option through the RFEI for people to bring us affordable housing projects or projects where we’d be using the authority that HPD has to create new rooming units and essentially sign off on that. And also ensure the types of tenant protections that come along with creating rooming units like the ability to do individual leases, locks on doors, the types of things that—in theory—some of these market-rate share proposals that are creeping up don’t have the authority to do,” says Bozorg.

“We’re using these three projects to explore some of the core questions that come up as we sell up shared housing so that ideally we were able to expand this typology so that it can help meet the varied needs that are out there.”

For housing advocates, the Sharing NYC initiative is an important step in mitigating the homeless crisis in the city. But they say the program must include oversight to ensure the most vulnerable New Yorkers get the services they need to move out of the shelter system.

“Who is in these units? If the city is giving, financing or contracts to developers who are not mission driven, then it can be a cause for concern,” says Block. “After the first slate of tenants are in, is there going to be oversight? If one of those tenants leaves, who comes in after them? Are there going to be ways for the developer to convert those units into more market-rate, luxury, co-living, millennial type housing? Those would be some concerns.”

One of ANHD’s members, Cypress Hills Local Development Corporation, is a partner with PadSplit on the project in East New York. Block says mission-driven developers are key to the program’s success. “We really believe in our members and their commitment to their mission to provide these units to people who need it most.”