Climate Control is a Year-Round Issue at NYCHA, Especially for Seniors A mid-October afternoon at the Castle Hill Senior Center in the Bronx.

As winter approaches, advocates for New York City Housing Authority tenants are fixing their attention on the many boiler repairs that need to be made to prevent the rampant heat outages that plagued 87 percent of its buildings last year.

But some NYCHA senior centers have barely just recovered from a summer defined by multiple heat waves and absent repair teams. And the problems that plagued the system’s Heating Ventilation and Air Conditioner (HVAC) systems this summer could repeat over the winter, as those systems are changed over to heating.

NYCHA employs only one repair company, called Hi Tech, to service HVAC repairs in all five boroughs. Some NYCHA senior center directors, who waited weeks or months for repairs, say that company’s staff is stretched thin as a result.

During a September 19th hearing of the City Council’s Aging Committee, the disproportionate impact of these heat and cold emergencies on NYCHA’s seniors was addressed, as was their likely increasing frequency as climate change continues.

“Given the impact of climate change, we all … agree that it may become more frequent in the future,” Chair Margaret Chin said at the hearing.

HVAC problems are not solely a NYCHA issue – they are pervasive at many of the city’s senior centers, including the centers in NYCHA’s portfolio and others, according to testimony at September’s hearing.

“Many senior centers could probably tell you that HVAC is just barely hanging on. It’s very likely that there could be a crisis soon,” Katelyn Andrews from the nonprofit LiveOn NY testified.

Watch and read a special City Limits-BRIC report on the heat risks facing the city.

At NYCHA’s senior centers, attendees are reliant on the housing authority to handle repairs. These issues have been felt at the NYCHA Castle Hill Senior Center, in the Bronx, where NYCHA was unable to fix the center’s HVAC system for most of the summer.

“They never got it together,” says Castle Hill director Emily Pelayo, who says she raised the issue with NYCHA continually before repairs were made. She says the breakdowns have been happening every summer and winter for four years.

The center sees attendance of about 125 people on a good day, about 65 in a lull, according to Pelayo. About 97 percent of people using the center live in the adjacent Castle Hill NYCHA development.

In an e-mail, NYCHA said the HVAC cooling repairs at Castle Hill were completed September 9, 2019. The HVAC was turned over for heat on October 3rd and repairs to that system are “expected to be complete by 10/25/2019.” NYCHA says the heat is currently operational while those repairs are being made.

On a visit by City Limits on October 15, a date when temperatures in New York City reached an unseasonably warm 61 degrees Fahrenheit , several rooms at Castle Hill’s center were sweltering hot. A large upstairs gymnasium used for dance classes and other activities felt as though it were 80 degrees.

Pelayo says NYCHA provided the center with a number of smaller, portable air conditioners over the summer as a temporary fix while they waited on the HVAC repair.

The one NYCHA vendor who works on HVAC repair in all five boroughs, Hi Tech, has two contracts; one for chiller units and one for condenser units, a NYCHA spokesperson said.

The use of one contractor strikes Pelayo as insufficient. “Does that make sense, to hire one company?,” she asked. “There are too many developments.”

Lucille Gant, 77, is an attendee of the NYCHA Castle Hill senior center as well as the president of the center’s advisory board. She says that the computer classes that seniors receive, which take place in their own room with eight personal computers and swivel chairs, were too hot to use during the hottest parts of the summer. “It was a disaster,” she says.

Advocates have been pushing for the release of promised state funds to fix these long-standing breakdowns. On September 26th, a crowd consisting of a few dozen NYCHA residents, along with City Council Speaker Corey Johnson and the nonprofits Community Voices Heard and CAAAV, called on the governor to release the funds.

New York State has earmarked $450 million toward NYCHA in the past few years, but the money has not yet been released. The Cuomo administration says it is waiting for changes to NYCHA’s management structure and are bound by the language in the state budget to do so.

Louis Flores, with the grassroots group Fight For NYCHA, blames the lag in repairs on the city, state, and federal government for failing to fund NYCHA. The group is angry that the U.S. attorney’s office did not require much in the way of new funding beyond $1.2 billion over five years and $2.2 billion over the next decade from the city in its agreement. 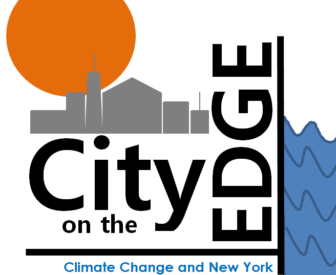 They want the governor to disburse his promised funds immediately to an independent body that would use it for emergency repairs. Flores says that rather than wait for a day when federal government fully funds the authority, the city and state should find their own funding now, pointing to the group’s People’s Budget.

“Not having air conditioning in the summer, heat in the winter, this can have adverse effects on people’s health. This should be considered a public health emergency,” Flores says.

It’s not as easy as flipping on the AC

In June, NYCHA began a small pilot program in which it gave some residents new “smart” air conditioners connected to a central air-conditioning system. The program is only underway in one development, Meltzer Towers in Manhattan.

The pilot was one recommendation in a NYCHA study on extreme heat that looked specifically at its effect on seniors. Other recommendations include adding shading to the exterior of some buildings of NYCHA’s senior-only housing. Until more comprehensive improvements can be made, the study found, “providing reliable air conditioning will be a critical intervention to protect NYCHA’s seniors in the short-term.”

There are barriers to installing more ACs: Some residents of NYCHA’s Queensbridge project said that they didn’t use AC’s either because the voltage in their apartment was too low or they didn’t have enough working outlets, according to CAAAV’s Alina Shen.

Pelayo says that after portable AC’s were purchased, DFTA asked the Castle Hill senior Center to be listed as one of the city’s official cooling centers. But Pelayo asked the city not to include them, fearing it would misrepresent the repairs that were still needed.

“That was a band-aid. That wasn’t what they really had to do for me,” she says.

July 2019 was the 10th hottest July in NYC, and the hottest on record globally. According to the Global Change Research program, the average number of heat waves in 50 major American cities has tripled since the 1960s. A 2013 Berkeley study found that non-white people were more likely to live in the hottest part of cities.

At Castle Hill, Pelayo says she’s trying to be cautiously optimistic that NYCHA’s repairs will hold – she says when housing authority often makes repairs, then neglects maintenance for long stretches.

“Hopefully, next summer we won’t have problems,” she says, “We shall see.”

2 thoughts on “Climate Control is a Year-Round Issue at NYCHA, Especially for Seniors”