By Yiyan Zheng for World Journal. 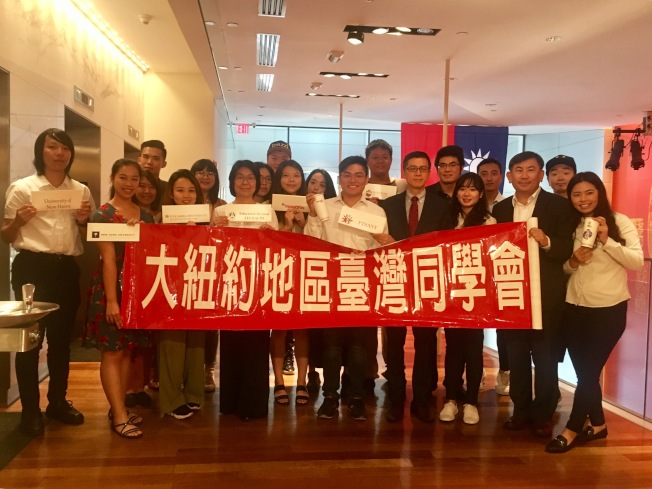 A welcome party for international students, hosted by the Federation of Taiwanese Student Associations New York, saw its attendees double this school year compared to last.

Read the original story in Chinese at World Journal

The new school year has started, and Taiwanese student organizations in New York are busy helping new students from the island settle down. And there are more of them this year: A welcome party held at the end of August by the Federation of Taiwanese Student Associations New York (FTSANY) and the Education Division of the Taipei Economic and Cultural Office in New York found their number of participants had doubled from last year. This is in line with the nationwide patterns, as the number of Taiwanese students, which had been trending downward since 1998, started rising again three years ago. More of these students enroll in graduate school than college.

According to statistics from the Institute of International Education, there were 22,454 Taiwanese students studying in the U.S. in the 2017-2018 school year, a 4.4 percent jump from the previous year, making Taiwan the number seventh source region for international students in the U.S.

This was a recent record high, but still far behind the heyday of prior decades: from 1983 to 1993, between 35,000 to 40,000 students came from Taiwan to the U.S. annually. Since the 2013-2014 school year, the number of Taiwanese students had been dropping each year, until increasing again three years ago.

Haoyun Hsu, president of the FTSANY, attributed the turning tides to population changes in Taiwan. The spike of Taiwanese students coming to the U.S. overlapped with the growth of Taiwan’s baby-boomer generation, while the decline that followed was related to people’s waning desire for children. According to the The World Population Review, Taiwan’s fertility rate ranked last in the world in 2019.

There were more than 2,000 more graduate students than college students from Taiwan in the 2017-2018 school year. Hsu said that’s because the reasons Taiwanese students study in the U.S. have evolved in the last few decades: Previously, students simply looked at improving their economic conditions and tended to study for a major that could get them high-income jobs. Nowadays, students pay more attention to self development and are more likely to study for their own interest. So graduate schools, which offer more specific study plans, attract more students.