By Kimberly George and Susan DeMaio. 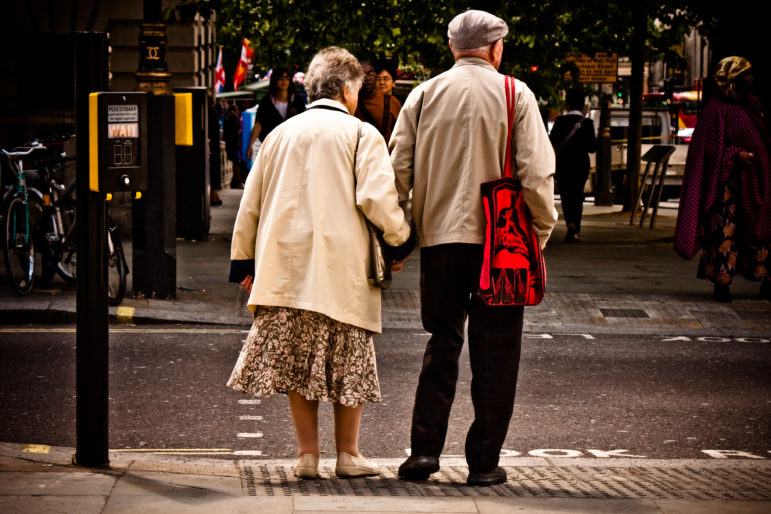 ‘Currently, guardianship in New York is comprised of a fractured network of providers ranging from Adult Protective Services, non-profits, and court-appointed lawyers.’

New York State currently has 3.7 million individuals aged 60 and older and by 2025, nearly one in four New Yorkers will be an older adult. At the same time, 11 percent of older adults in New York are in poverty and the number of people with Alzheimer’s is expected to increase by 21 percent in the next five years. Taken together, these statistics paint a picture of a rapidly aging state in need of a social safety net that ensures the support and well-being of all older New Yorkers, regardless of family or financial situation.

Central to this safety net is a strong guardianship program that provides decision-support for elders and person with disabilities who lack family or other support. After all, what happens to people who are indigent, whom the court determines are “incapacitated” — individuals who are among the neediest in society and who may be taxing to serve?

Currently, guardianship in New York is comprised of a fractured network of providers ranging from Adult Protective Services, non-profits, and court-appointed lawyers that together fail to meet the growing need. A recent report by the Independent Budget Office of New York City shows that from 2014 to 2018, the average number of cases under care by Adult Protective Services in the city grew 37 percent, attributed to the rapid rise in the older adult population in need of home care and mental health services, and further demonstrating the escalating demand.

Yet the role of a guardian is a complicated one that requires financial, legal, health care, and social work skills. Being someone’s guardian in the true sense of the word is a tremendous responsibility. And one that has been abused by individuals seeking to profit from vulnerable clients. It is precisely these abuses by overwhelmed, ill-trained, and nefarious guardians that illustrate the real need for investment into a cohesive, comprehensive system.

In the wake of studies and news reports documenting abuses by guardians, the Vera Institute of Justice and New York State’s Office of Court Administration launched The Guardianship Project (TGP) in 2005 to test an innovative, outcomes-based model of guardianship that brings together a team of social workers, lawyers, and financial professionals to offer wraparound support for client needs. In this way, TGP is pioneering the holistic, “one stop shopping” approach to guardianship, providing high-quality services and prioritizing the notion of keeping people in the least restrictive settings possible.

While one of TGP’s staff members noted, “there is no such thing as an average client,” looking at just one of our cases illustrates the sheer complexity of the role. TGP was appointed as a guardian for a 79-year-old bed-bound client who was living with congestive heart failure in a basement apartment in the brownstone that she owned. Her reverse mortgage was in default and pending foreclosure because a previous guardian, her niece, had taken the proceeds intended to make home repairs and pay the carrying costs of the property and instead ﬂed with the money.

TGP worked to settle the foreclosure action with the mortgage company, set up payment plans to “keep the lights on,” and began making repairs to keep her and the other tenants safe. TGP also reported the niece’s fraud to the Kings County district attorney. With TGP’s support, the client was able to remain in her home until the day she died.

After nearly 15 years serving hundreds of vulnerable New Yorkers and assessing best practices here in New York State and across the nation, we have learned a lot about what makes for a successful guardianship program and have developed a roadmap for how New York State can create one.

Fundamentally, this comes down to investment: investment in home and community-based care, along with affordable housing for indigent individuals who may be at risk of guardianship, investment in recruiting high-quality guardians with the right skill sets — particularly with social work and nursing backgrounds — and investment in oversight so that guardians are appropriately monitored and abuse is detected immediately.

With the escalating need to create a stronger support system for aging New Yorkers, it is time for New York State legislators to put that infrastructure into place now.