Republicans Have Hit Rock Bottom in NYC. Time to Rebuild, or Start Drilling? 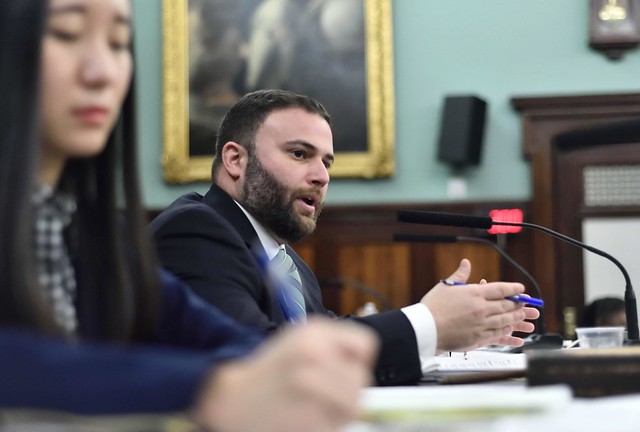 In these days of blue waves, Republicans in New York must look back fondly to 1997, when they had a Republican governor and attorney general, 12 Congressional seats and one U.S. Senator, control of the State Senate with several strong incumbents even in New York City, and a mayor of New York cruising to re-election and quickly becoming a national figure.

Last year’s elections saw the GOP lose multiple State Senate seats and control of that body, putting state government entirely in Democratic hands. Republicans also lost some ground in the House. And next year, Donald Trump will be at the top of the ticket as GOP candidates try to regain some territory. The only reason not to call the current moment a nadir is because it actually could get worse.

Republican New York City Councilmember Joe Borelli, who represents the South Shore of Staten Island, tells the Max & Murphy Show that there is a path for Republicans to be relevant again, but it won’t be easy. It starts with winning back four State Senate seats next year and trying to rebuild a party infrastructure through local races upstate. A mayoral win in 2021 seems unlikely, he says, because of the amount of money and media attention that the crowded Democratic primary will likely generate. Borelli is candid that his current campaign in the 2019 public advocate race is a long shot.

Hear our conversation below, including Borelli’s analysis of Democratic power—that it is entirely based on identity politics—and his explanation for his full of President Trump:

One thought on “Republicans Have Hit Rock Bottom in NYC. Time to Rebuild, or Start Drilling?”