Deep Disagreements Ahead of Key Hearing on Bronx Jail Site

By Ayana Smith and Mariela Mariano. 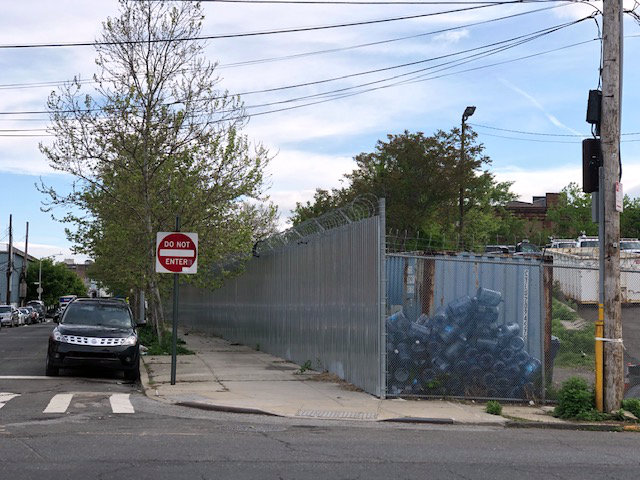 As part of its plan to close Rikers Island, the city wants to build a new smaller jail on the site of a tow pound in Mott Haven.

Bronx Community Board 1 will hold a public hearing Thursday on the city’s controversial plan to build a new jail in Mott Haven—a proposal that’s launched a heated debate in the neighborhood, with many opposed to the project.

The proposed jail, to be constructed at 745 East 141st St., is part of a project announced by Mayor Bill de Blasio in 2017 to shut down the troubled jail complex on Rikers Island , replacing it with four new jails in Brooklyn, The Bronx, Manhattan, and Queens.

But as the city moves forward with its proposal—the public review process formally started in March—many in the community remain staunchly opposed to the plan. Some object to the location the city selected for the future facility, while others are against the opening of any new jails altogether.

“Cages are inhumane and cruel,” says Pilar Maschi, a Bronx CB1 resident and member of the grassroots group No New Jails , which is planning to hold a press conference ahead of Thursday’s board meeting to denounce the city’s proposal. “We make fancy names for [jails], but that’s what they really are.”

The group is advocating for the city to shutter Rikers without opening any replacement jail facilities, calling instead for greater investment in social services in the communities most impacted by the criminal justice system.

“I feel there are other ways we can stop people and help people,” Maschi told City Limits in a recent interview. “A cage just doesn’t work.”

City lawmakers, however, say the opening of new borough-based jails is essential to successfully closing Rikers Island and further reducing the number of people incarcerated in the city.

The neighborhood jails will provide easier access than Rikers for those visiting loved ones behind bars, and will be “designed to foster safety and well-being for both those incarcerated and for staff, providing space for quality education, health, and therapeutic programming,” according to the city’s proposal. “Modern facilities would also serve as a catalyst for positive change in the community and the criminal justice system.”

But many South Bronx residents remain opposed to the plan. At an earlier Bronx CB1 meeting in March, several attendees took aim at Councilmember Diana Ayala and the de Blasio administration, accusing the elected officials of ignoring the community’s concerns.

“We don’t want a prison, a jail, in this here neighborhood,” one resident told the councilwoman. “I want to know, do you represent us, or do you represent the special interests for the mayor’s office?”

Ayala countered that the Mott Haven site—which currently houses an NYPD tow pound—is the only one available that meets the city’s requirements for its jail locations. Sites have to be large enough to accommodate prisoners, and still be located close to transportation and the borough’s courthouse.

“It’s not a matter of wanting it in Mott Haven, there’s just no other place to put it,” Ayala told board members. “If we don’t put it there, then we don’t shut down Rikers Island.”

According to the city’s plan, the proposed Bronx jail building will stand 245-feet high, house beds for 1,437 inmates, room for 575 parking spaces as well as retail and community space.

Opponents, though, argue that the funding being allocated to construct the new jails—a cost that has still not been determined— could be better used on initiatives that address the many root causes of incarceration, including homelessness and access to education.

Maschi, of No New Jails, suggests that city officials lower the consequence for minor crimes, invest more in affordable housing and bar NYCHA from turning over buildings to private developers, an effort to mitigate the number of people arrested for loitering in public spaces.

“What we need to do is talk to community members and ask them how that money be best spent,” says Myra Hernandez, an educator, Bronx CB1 resident and No New Jails member. “I see way too many school security officers than staff members trained to work with students, especially with mental health.”

The public hearing is Thursday, May 23 at Lincoln Hospital, starting at 6 p.m. You can find more details at CB1’s website here .