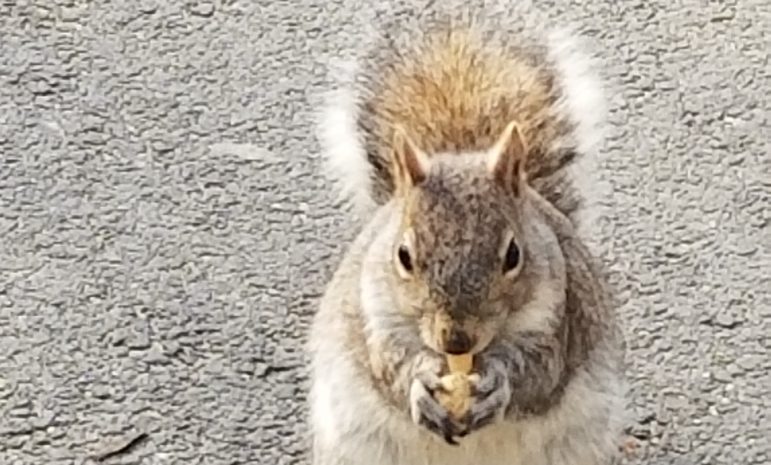 The proposed rule change extending the Parks Department’s ban on feeding wildlife to include birds and squirrels (which are currently reprieved) is harmful and mean-spirited.

The city’s “statement of basis and purpose” of this proposed rule states that it’s to reduce food sources available for rats, prevent harmful interaction with animals in parks, support healthy wildlife nutrition and reduce the maintenance burden on Parks staff.

While healthier food is preferable for all New Yorkers, but some food is better than none. Our city parks are not the wild; they have been landscaped for human pleasure with minimal thought to the wildlife that reside there. Trees and plants that bear nuts, seeds and fruit are non-existent in many parks and have been replaced with non-native trees and ornamental plants that provide no natural food source. If adopted, this rule would eliminate the bird and squirrel feeders as an alternate food source, and result in starving those animals or forcing them to eat garbage, which is more far more unhealthy.

Richard Simon, director of the Parks Department’s wildlife unit, was quoted in amNY as saying “It is absolutely terrible to give ducks bread.” The few in support of this proposed rule have attributed bread as the cause of “angel wing,” which is a deformed wing. Yet “airplane wing,”as it is also known, is a birth defect and cannot be caused by eating bread. Mr. Simon should study the negative effects of the United Kingdom/s ban on bread for birds which resulted in underweight swans, ducks, and geese and caused starving flocks to wander onto roads in search for food. Professor Christopher Perrin, of the Department of Zoology at Oxford University, said in a November 2018 Daily Mail article, “There is no evidence of a connection between feeding bread and angel wing; at least some cygnets develop this condition without ever having seen any bread.” And the Queen’s Swan Marker, David Barber, has said, “Sadly, with many parks instigating a ‘No bread’ policy, with no grass to graze on and little natural vegetation, it means they have gone hungry this summer.”

Parks attribute the rat problem to animal feeders. But feeders’ seeds, nuts and bread are eaten up by hungry birds and squirrels during daylight hours. Meanwhile, there is litter all over the grounds with full and open bins of trash left overnight. That is an open buffet for our rats. Just to blame feeders as a burden on Parks maintenance staff is wildly unreasonable. New Yorkers for Park’s “Play Fair” campaign right advocates for additional funding for parks maintenance and highlights the deep need for gardeners and other park workers. Although city parks make up 14 percent of NYC land, the agency received a meager half of 1 percent of the total city budget last year.

This week, the Riverdale Press published an editorial, “New parks anti-feeding rules are for the birds” in which the paper says, “In all the decades that New Yorkers have fed pigeons and squirrels, it’s almost impossible to find any incidents of healthy animals attacking someone randomly. In fact, if there was anyone who probably crossed the line when it came to man’s relationship with park animals, it was the famed inventor Nikola Tesla, who is said to have actually fallen in love with one of the birds he rescued from a city park.”

Nothing can demonstrate the mean spirited nature of this ban more than the effect it would have on feeders such as Liliana Berezovschi, a 75-year-old woman with stage 4 cancer. In her letter, published in the Daily News, she states how feeding the birds in her park is therapeutic for her. On top of everything else, she now lives in fear of this rule being adopted. Now feeders will be criminals, by definition, if they break the law and continue feeding the birds and/or squirrels they have cared for. Some homeless and/or undocumented residents may be targeted and this will pose catastrophic consequences for them.

Lastly, this is bad for nature, in general. A recent report produced by World Wildlife Fund for Nature (WWF) with 59 scientist-authors reported that humanity has wiped out 60 percent of animal populations in less than 50 years. This past month, it was reported that “Britain’s national parks risk losing UN Nature reserve status because wildlife is dying out so fast.” As a city and especially in our city parks, should we not encourage the pubic to care for our wildlife and provide them a helping hand, especially when we have already taken most of their habitat for our own purposes?

Roxanne Delgado is a member of Bronx Animal Rights Electors.