The author submitted this CityViews op-ed in response to David Bloomfield’s October 22nd CityViews op-ed, “New Teachers’ Contract is a Missed Opportunity.” A second response, from the United Federation of Teachers, can be read here.

I support the tentative UFT contract, and so will the overwhelming majority of members. It’s not perfect, but it addresses some of our most pressing needs right now. 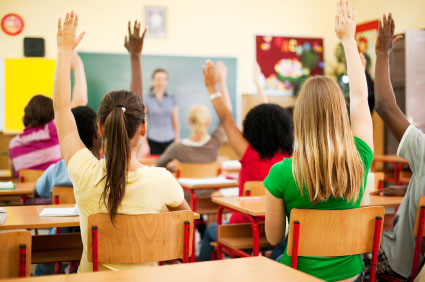 Our school is the largest in Queens, the most overcrowded in the city, and the complaints I get about the evaluation system have dwarfed everything else. Everyone wants to know why we are observed so much. Even teachers who’ve never received a negative rating feel the Sword of Damocles perpetually perched above their heads. Right now, teachers are so preoccupied with observations it’s hard to focus on anything else.

Just last week, in my school, six administrators walked into a probationary teacher’s classroom to “norm.” This, evidently, is what they do in lieu of training. As long as they all get the same scores, who cares whether or not they actually mean anything? The DOE genius who led this group failed to notify them that the number of observers violated the UFT Contract (and that’s not to mention the clear and obvious distraction it was to everyone who actually belonged in that classroom).

The new UFT Contract will make things a little easier. First of all, most working teachers will be observed only twice. This will free us up to worry about more important things, like teaching the 1.1 million schoolchildren in New York City. “Norming” will no longer be the norm. Instead, teachers and supervisors will be trained together in what should be happening in classrooms. Hopefully, that will do at least a little bit to encourage crazy supervisors to look for what’s asked, rather than relying solely on the voices in their heads. But I’m an optimist.

I was on the UFT Contract Committee. We voted to grant extra money via longevity increases to not only 30,000 UFT paraprofessionals, but also all UFT titles that max out at less than 100K. The majority of us in the room were ineligible, but we saw this as the right thing to do.

UFT paraprofessionals will also finally get long-needed due process. (For reasons that elude me, paras who work with children all day are not deemed pedagogues, and are therefore ineligible for tenure under state law.) I’ve seen three paraprofessionals asked to pack their things and leave the building. I filed grievances on behalf of all of them. One was able to collect pay and be made whole. Another did not fare so well. Ten days after being turned out with neither pay nor medical insurance, she had a stroke. Her relatives called the school to ask whether or not they should put her on the ambulance, considering she had no insurance. We persuaded them to do so, but she died later that day.

We fought for other things, including more reasonable class sizes, but the DOE told us point blank they had no interest in that. We were able to negotiate procedures that will address class size violations more quickly, and we have not given up on reducing class sizes altogether.

As for raises, I’d have liked to get more money. Everyone would like more money. In New York City, though, there is pattern bargaining, which may as well be The Ten Commandments. This round, it either approaches or surpasses inflation, depending upon which metric you consult. There is a way to exceed the pattern, and that is via givebacks. We could agree to teach another daily class. We could agree to stay an extra hour. We could agree to work weekends and holidays.

I’m here to tell you that being a New York City teacher is the most rewarding thing I’ve ever done, but it’s also one of the most mentally and physically taxing things I’ve ever done. A whole lot of people can’t take the pressure and disappear. The UFT recognizes that we can tolerate no more givebacks, and that’s why we didn’t make deals to pull in a few extra bucks. We chose to improve working conditions.

Sometimes teachers approach me in tears, describing things that happened in their observations that ought not to have happened. Sometimes I can help them. Sometimes I can’t. But fewer observations will mean fewer of these episodes. And maybe, just maybe, supervisors no longer faced with doing 200 observations a year can find time to help these teachers.

In my workplace, I have teachers walking up unsolicited and thanking me for working for fewer observations. While I certainly didn’t accomplish that alone, I advocated for it and I was very happy to hear we’d won that as part of our agreement. I don’t know a single teacher who wants to wait until September for it to take effect.

Goldstein is an ESL teacher and UFT Chapter Leader at Francis Lewis High School. He blogs almost daily at nyceducator.com and can be found on Twitter @TeacherArthurG.