With Broad Rezoning Moving Slowly, LIC Developers are Pushing for Their Own Changes 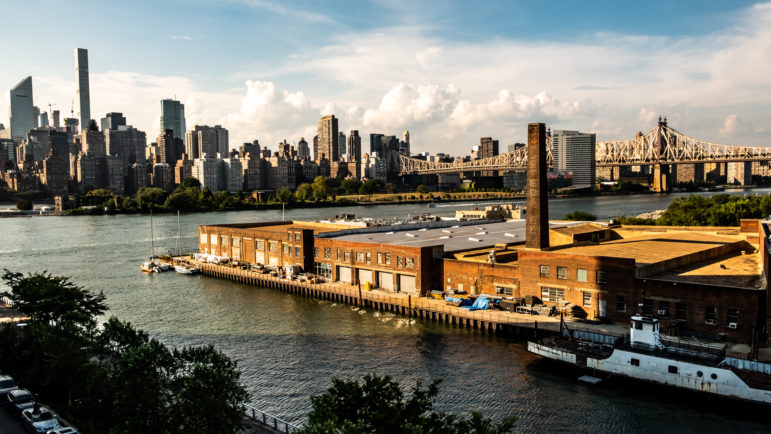 In 2017, Mayor de Blasio announced Long Island City as one of the dozen or so neighborhoods the city planned to rezone as part of his plan to create an estimated 300,000 affordable units.

Despite the city’s slow-moving plan to study Long Island City for a possible rezoning, real-estate developers are moving their residential and commercial development proposals for individual sites through the Uniform Land Use Review Procedure, the city’s review process for zoning changes, while community members gear up to testify against the new developments this month.

The idea of a neighborhood-wide rezoning in Long Island City has some community members and small business owners—all concerned by what some have called “overdevelopment”—wondering how long it will be before they are pushed out.

Long Island City and its residents are all too familiar with rezonings. Over the last few decades the neighborhood, including Hunters Point, Queens Plaza and Dutch Kills, has transformed from an industrial neighborhood to one hosting a mix of commercial and residential development under an ever-expanding skyline.

In 2017, Mayor de Blasio announced Long Island City as one of the dozen or so neighborhoods the city planned to rezone as part of his plan to create an estimated 300,000 affordable units. The area boasts extensive transit access with with eight subway stations, 13 bus lines, two LIRR stations and the East River ferry terminal, and its proximity to both Manhattan and the new Cornell Tech campus on Roosevelt Island make it an ideal location for a “economically diverse, 24/7, mixed-use community,” according to the Department of City Planning website.

The study launched by the de Blasio administration overlaps with the 2001 Queens Plaza study area and parts of the 2008 Dutch Kills study area. It encompasses the Special Long Island City Mixed Use District, a special-purpose zoning district that has a mix of residential, commercial, and light industrial uses and includes the Queens Plaza, Court Square, Hunter’s Point and Dutch Kills neighborhoods. Thirty‐seven blocks of the study area fall within the Queens Plaza and Court Square sub‐districts. According to the DCP, the majority of new completed or under-construction developments are located on those 37 blocks, including an estimated 10,100 housing units, more than 1.5 million square feet of office space and 600 hotel rooms. DCP has not scheduled any public engagement events yet for this study process.

According to residents, developers are not waiting for the city’s study or the possible city-sponsored rezoning and are avoiding the community by going through “spot-rezoning,” which means changing the zoning of a single property and not including any community engagement during the planning process.

“We want to make sure that the development that happens benefits us. We are in this together,” said Sylvia White, co-chair of the Justice For All Coalition and resident.

The Justice For All Coalition and a few other organizations put together a workshop in August and September to address changes in their neighborhood over the last decade and new developments that could produce further changes in the area. The workshop also helped residents understand the city’s ULURP process.

According to the presentation by Pratt Center urban planner Paula Crespo, the area’s change from a low-rise residential neighborhood into a high-rise residential area with commercial development has impacted the area’s income levels, ethnic population and business sector. “We have poverty and wealth, from $20,000 to over $100,000 a year.”

Crespo said that despite a 30 percent growth in jobs in the public and private sectors from 2002 to 2015 citywide, unemployment among NYCHA residents grew and the share of manufacturing jobs as a portion of overall employment in Long Island City fell from 25 percent to 9 percent.

Crespo said since 2010 there have been 12,533 new units and 41 new buildings developed in the LIC area. The impact of development is seen, advocates say, in median rents rising in nearby neighborhoods between 2010 and 2018: In, Rego Park a 31 percent increase; in Sunnyside, a 35 percent increase and in LIC an 18 percent increase, according to a recent EasyStreet report.

The Take Back LIC series workshop looked at at three major development projects in LIC and nearby neighborhoods: the Anable Basin Project, the TF Cornerstone Site on 44th Drive and the Sunnyside Yards Master Plan Process—which is not a spot rezoning but a major rezoning plan that can affect the population growth in neighboring areas such as Long Island City.

The Anable Basin Project would make way for eight large mixed-use residential and commercial buildings comprised of an estimated 5,000 residential units, with 25 percent of the apartments priced as “affordable” units through the city’s mandatory inclusionary housing program (approximately 1,250 affordable units), as well as light manufacturing and retail space. The proposal also offers a brand new school with 700 plus seats, according to Anable Basin Project website. The majority of the land is currently owned by Plaxall, the plastics manufacturing company, which has been located in Long Island City for decades.

The TF Cornerstone Site is being developed with the city and NYC Economic Development Corporation on two city-owned waterfront sites. TF Cornerstone developers were selected last year. The proposal features an estimated 1,000 units with 25 percent of the apartments reserved for affordable housing, a 600-plus-seat public school and more than an acre of open space to include a canoe and kayak launch point, 19,000 square feet of ground-floor retail, 100,000 square feet of light industrial space and 400,000 square feet of commercial space, all within two city-owned waterfront sites in and around 44th Drive.

Although workshop presenters said they did not expect any movement on Sunnyside Yards development in the neat feature, they did want community members to keep track of the project. The Sunnyside Yards is another city-led project in partnership with NYCEDC. The city’s 2017 study found 70 acres of the 180-acre area would be viable for mixed-use commercial and residential development. The city estimated that the project could bring between 11,000 and 15,000 new housing units and 15 to 20 acres of open space, as well as new schools and retail amenities. About 3,300 to 4,500 new permanently affordable units could result from the plan. In 2016, the plan has an estimated price tag of $10 billion.

Additionally, different presenters from varied local organizations said it was important to track changes to NYCHA’s Next Gen Neighborhoods program, where the city allows private developers to build residential developments on city-owned property as long as the developer meets the affordable housing demands of the city. The city has not yet proposed any such developments at the massive Queensbridge public housing site.

4 thoughts on “With Broad Rezoning Moving Slowly, LIC Developers are Pushing for Their Own Changes”