Hopes and Fears Shared at Hearing on Inwood Rezoning 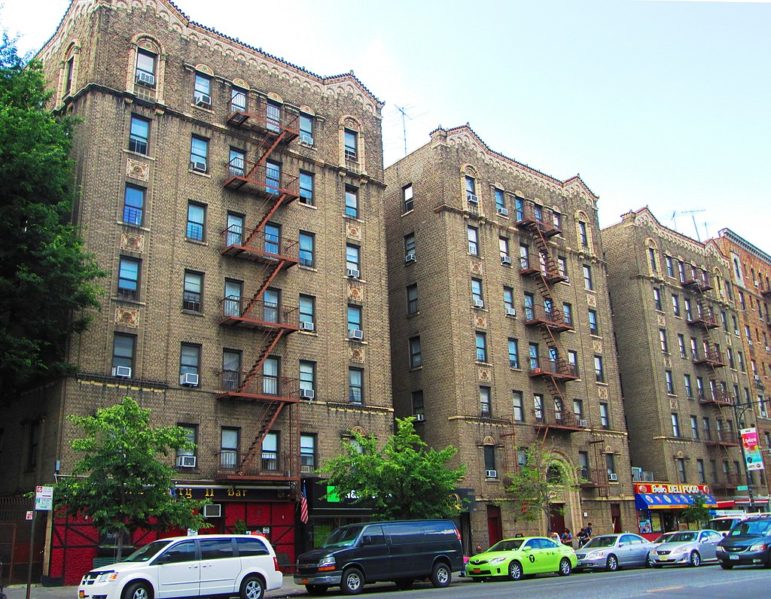 Dozens of Inwood community members, stakeholders, city agencies shuffled into the City Council chambers Monday in a last effort to have their voices heard over the contentious Inwood rezoning proposal during a subcommittee on zoning and franchises hearing at City Hall.

The questions from the subcommittee Chair Francisco Moya and Councilmembers Ydanis Rodriguez and Antonio Reynoso focused largely on preserving and developing affordable housing and preventative measures against displacement in Inwood.

Moya, Rodriguez and Reynoso expressed concern over how the HPD and NYCEDC would ensure current and future residents would be able to afford to live in Inwood, “Do you believe neighborhood rezonings lead to real-estate speculation?,” asked Moya, who added that there had been several large purchases in Inwood of rent-regulated housing since the announcement of the possible rezoning.

Patchett responded that real-estate speculation is happening across the city, not just in areas slated for a possible rezoning. Torres-Springer replied that her agency shared the same concern, “We certainly share the desire to make sure the investment that happens in neighborhoods is not predatory investments.” She added that there were programs taking shape to protect tenants such as the Certificate of No Harassment, where the city requires building owners seeking to make significant alterations to prove they have not engaged in harassment before they can get the permits they need.

“Do you think this neighborhood would be more affordable to live in 10 years?” asked Moya. He also questioned why the city had not been able to build its own affordable housing and depended on private developers.

Torres-Springer responded, saying, “The reality is that if we do not build more affordable housing, then rents will continue to rise deepening the crisis.” She added that affordable housing in New York was a private and public partnership because city resources were scarce. Her agency will aim to get as many deepy affordable housing as the project can bear during this rezoning as well as future projects, she said.

As Reynoso voiced his own concerns about the rezoning and possible displacement of the minority community, there were cheers from those in the chamber who dislike the deal. He cautioned that the Inwood rezoning proposal showed similarities to the 2005 rezoning of Williamsburg where thousands of Latino families were displaced.

Manhattan Borough President Gale Brewer and representatives of Community Board 12 both reiterated why they had expressed strong reservations about the plan.

“The argument for accepting this plan as-is is that, if we do nothing, at some point the huge number of preferential rents will increase, making these units unaffordable; rent stabilized apartments will be lost to decontrol; local businesses will be forced out by high rents; and all this will occur without the construction of any new permanent affordable housing,” said Brewer. “But you cannot expect a neighborhood to accept a rezoning that raises the specter of displacement in the short and medium term by telling the community it is not nearly as bad as what is likely to happen in the longer term. The current plan needs to be sufficiently revamped so that there are more shorter and medium term ‘plusses’ to the community.”

Brewer also emphasized the potential loss of businesses in the rezoning of the commercial strip in and around Dyckman and 207th street, known as the Commercial U. The EDC has recommended upzoning to a higher density, with height caps of 11 stories or up to 14 stories on corners in portions of West 207th Street, Broadway, and Dyckman.

Shahabuddeen Ally, the Community Board 12 Chairperson, articulated worries about the rezoning’s effect on neighborhood character–and its infrastructure. “There is a reason why Inwood is home to those folks who have made it their home. They love the character of Inwood,” he said. “Any kind of change has to be supported. If you are going to talk about more housing for individuals then you have to also talk about infrastructure.”

An estimated 140 people from those community members that support the library development to members of Uptown United and Manhattan Is Not For Sale signed up to give their supportive or opposing testimonies at the public hearing.

Bennett Melzak, an Inwood resident, said the Commercial U is also a residential area, “This will result in the loss of my apartment and another 125 families that live in my building. The Commercial U includes approximately 1,338 apartments, mostly rent stabilized or rent controlled — there are also 147 business in that area. I think it’s important that people understand what’s really going on here.”

Residents’ fears of being displaced and priced out were evident during the public hearing. Some wanted the rezoning to happen but called for a socially just approach.

“We definitely need affordable housing. There are so many families that double up,” said Inwood resident Sonia Perez. Perez said that when she arrived from the Dominican Republic, her family lived with her sister in a two bedroom apartment. “It was difficult to find an affordable apartment then and today my nieces will have to move out and find an apartment. It is still difficult. Where are they gonna go?”

The rezoning would include an increase in residential density on West 207th Street, Dyckman Street and Broadway. In all upzoned areas, the city would institute mandatory inclusionary housing, which requires that a portion of the units be rent-restricted. Additionally, the surrounding residential area roughly from Thayer Street to West 218 Street would be “contextually rezoned”—subjected to height limits and other restrictions to preserve the neighborhood character. Areas where Con Edison facilities are located and the tip of Manhattan, where the city intends to encourage job-focused development, will be designated as industrial. Other components of the proposal range from various land use actions, improving waterfront access and the redevelopment of Inwood library with over 100 units of income-targeted housing above the new library and a Pre-K program.

According to city estimates, these changes could lead to the development of 4,348 units of housing, 472,685 square feet of community facility space, 1,135,032 square feet of commercial space, and a decrease of 50,614 square feet of light industrial space. The city’s new certificate of no harassment program will also be applied to protect Inwood tenants.

The proposal is also part of a larger plan for the neighborhood that includes investments in neighborhood infrastructure, improvements to waterfront access, economic development initiatives, strategies to prevent displacement and more.

Earlier in the year, the city released a Draft Environmental Impact Statement detailing the potential impacts of the Inwood rezoning. According to the DEIS, there will be no “direct residential displacement,” or resident displacement due to demolition and redevelopment.The city identified 33 sites most likely to be redeveloped and says none of these sites contain apartments.

But those 33 sites contain 26 businesses providing jobs for 271 workers in the fields of food service, health care, transportation, and warehousing and accounting for three percent of total employment in the half-mile area, including two large supermarkets could be affected by “indirect displacement.”

The EIS did not detect a potential for significant “indirect” residential displacement caused by a changing market and rising rents. It noted that 83 percent of the rental housing in the area is rent-regulated or subsidized. The law allows deregulation when an apartment’s rent is $2,700 or more and the tenant’s total household income exceeds $200,000.

At the beginning of the public hearing, Rodriguez indicated that between now and the final Council vote there was room to amend the plan. “With the Inwood NYC proposal, we are striving to have an opportunity to address many of the challenges that have gone neglected for countless years. There are certainly changes that will need to be made to this rezoning proposal to respond directly to community feedback.”

On Monday, Rodriguez also released a press release which laid out his detailed vision for the future of Inwood. Some of the details from his statement include a plan to develop and coordinate a comprehensive anti-displacement strategy through the city’s Preservation Initiative, to create a first-of-its-kind affordable commercial space model with minimum 10-year leases; and to launch a Immigrant Research and Performing Arts center

The final Inwood proposal is scheduled to be voted on at the City Council in early August.