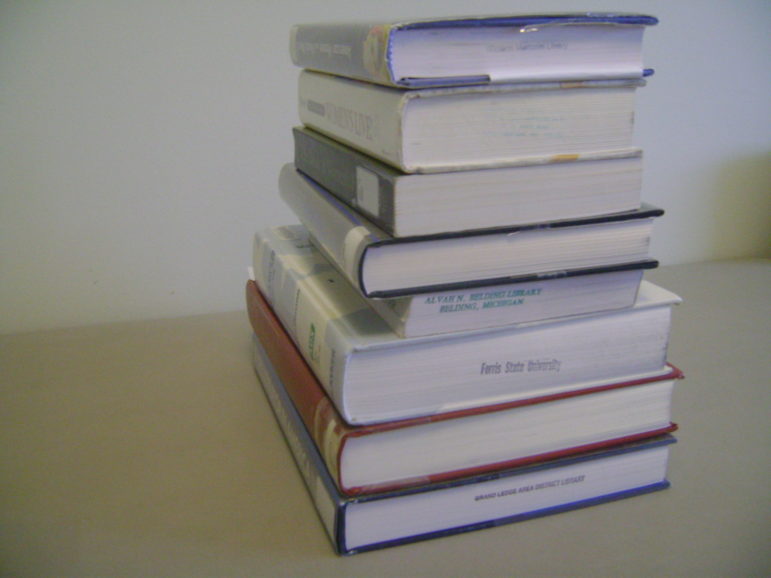 New York State law requires all children from six to sixteen to be educated in English, social studies, math, science, technology, visual arts and music, physical education, career and home studies, health, and library/information skills in a manner “substantially equivalent in amount and quality” to requirements for public school students.

Without question, many ultra-Orthodox Jewish schools, called yeshivas, fail to honor this requirement. As quoted by the PBS program “Religion and Ethics Newsweekly,” a rabbi teaching at Yeshiva University High School for Boys, reports that a typical student from a such a yeshiva enters at “a low elementary school reading level; first, second, or third grade reading level at best, at best, and is essentially inarticulate and will make many grammatical mistakes when he speaks, and in most cases simply cannot write English at all. In terms of general worldly knowledge it is very, very limited. They would have little idea of what the map looks like, basic geography, certainly no history, no idea of science and things of that sort.”

As a result, says Hella Winston, a “Jewish Week” correspondent, “limiting the secular education, keeping people speaking Yiddish and not really being able to speak English—it’s made it harder for them to leave. If you cannot communicate very well with people on the outside world, you are pretty much hampered from engaging with them.”

But others counter that religious teachings and parent rights are at stake, citing the U.S. Supreme Court’s decision in Wisconsin v. Yoder (1972) upholding Amish families’ right to withdraw their children from otherwise compulsory schooling at age 14 based on their religious belief that “by sending their children to high school, they would not only expose themselves to the danger of the censure of the church community but . . . endanger their own salvation and that of their children.”

This is not the case in the Jewish community, even among the ultra-Orthodox whose members are often highly educated, and no religious scruple, but rather tradition, dictates full-time religious study for some community members to the exclusion of state required subject matter.

Additionally, though the state and DOE are under no obligation to pay for the mandated coursework, yeshivas, like other religious schools, already receive millions of dollars in public funds and other subsidies for activities deemed secular such as security, testing, texts, instructional technology, transportation, remediation, capital improvements, and instructional and related services for students requiring special education.

This funding, and determination that these yeshivas comply with compulsory education laws, depends on oversight by the State Education Department and New York City Department of Education. Governmental dereliction of this obligation goes to the heart of yeshivas’ ability to flout the law.

Over a year ago, at the insistence of YAFFED, an advocacy organization that, according to its website, is “committed to improving educational curricula within ultra-Orthodox schools,” the Department of Education committed to investigating this long-standing concern. Little appears to have happened in the meantime. “I was told months ago that the investigation would be complete in Spring 2016, and now we’re questioning if there is an investigation at all,” YAFFED’s attorney, Norman Siegel, told “The Gothamist” last April.

Some ultra-Orthodox yeshivas have created a new organization, PEARLS, to both address their tacit violation of State curricular requirements while at the same time promoting in the newspaper Hamodia, “the ability for us to make our own educational choices” and protect Torah education. Whether this will further delay state and city enforcement actions is open to question but Marc Stern, Counsel to the non-Orthodox Jewish organization AJC, told “The Jewish Week” that “these claims have been pending for years and it doesn’t look like anybody’s rushing to do anything, either pronounce that the schools are meeting the requirement, or that they’re not. Whether city or state education officials really have an appetite to pick this fight remains to be seen.”

But the time for delay, the time for state and city officials burying their heads in the sand, must end. Yeshivas’ crippling of students’ ability to make informed choices for themselves is not only illegal, it is against basic American principles of self-determination. The ethical underpinning of schools’ legal obligation –cemented by their willing acceptance of vast public funds – is to educate students in a manner leading to constructive participation, should they so choose, in the larger society, not to be trapped in cult-like restrictions that deny them the necessary academic tools to prosper outside the ultra-Orthodox community.

David C. Bloomfield is Professor of Educational Leadership, Law and Policy at Brooklyn College and The CUNY Graduate Center. He is the author of American Public Education Law, 3rd Edition (summer 2016) among other works.