CityViews: The Bronx Reclaims its River and Now a Forest, Too 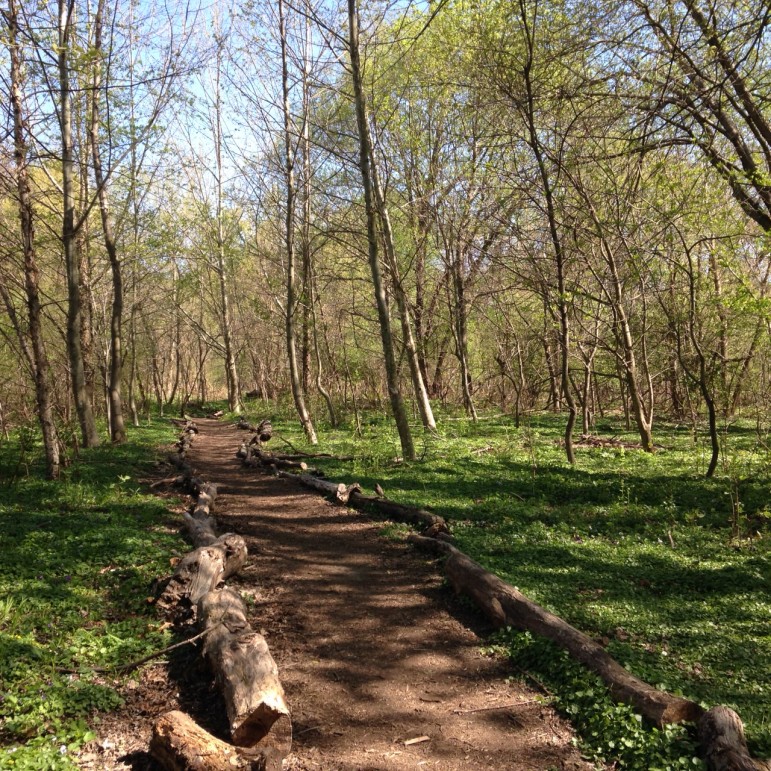 Inside the Bronx River Forest. This park, like many others across the city, faces the challenge of heavy use, which is why a better organized trail system plays such an important role.

The Bronx River has seen its fair share of history. It was first called the Aquehung, or “River of High Bluffs” by the local Native Americans. Two tribes, the Weckquaesgeek and Siwanoy, drank the river’s water, fished along its banks, and hunted in the surrounding woods. The river also held a spiritual significance for them and was a place for ritual baths each year. Jonas Bronck arrived in 1639, brokered a deal with the Native Americans for 500 acres along the river, and turned it into farmland.

Mills sprang up along the river, harnessing its energy and using it as a natural-flowing sewer system. As the manufacturing industry fell into decline and the mills began to disappear, the river remained a dumping site for the surrounding communities. This was before we fully knew or cared about the effects of industrial and residential waste dumping.

Though efforts had been made in the past to restore the forest—including the creation of Bronx Park and the Bronx River Parkway–it wasn’t until the environmental movement picked up in the mid-1970s that the restoration process really took off along the 23-mile river. In the late 1990s, the Bronx River Working Group was founded, with more than 60 community organizations and businesses combining efforts to orchestrate work through the river. This effort led to the creation of the Bronx River Alliance, a non-profit partnership group dedicated to restoring the waterway. When they began their work, these activists found objects as bizarre as refrigerators, tires, and even a wine press in the river. Today the river’s health is returning, evidenced by the long-awaited appearance of river herring, American eel, eastern oyster, and beavers, but our work is not yet done.

A healthy river and forest are necessary to bring back wildlife and the community. This year the Natural Areas Conservancy, the Bronx River Alliance, and NYC Parks are combining efforts to restore the Bronx River Forest, located in the northern section of Bronx Park. With such manicured neighbors as the Bronx Zoo and New York Botanical Garden, this section of the forest is in need of TLC. This partnership will focus on a yearlong restoration project by removing invasive species including the wildly prolific purple keman and Japanese knotweed, and increasing native plant diversity including swamp milkweed, white snakeroot, and river birch. Volunteers will also help formalize the loop trail by lining the trails and adding wayfinding signage and trail markers, providing safer public access into the forest.

Founded in 2012 to restore and conserve New York City’s green and blue spaces, the Natural Areas Conservancy is no stranger to habitat restoration projects like this one. With current projects across the city in places like Marine Park in Brooklyn and Alley Creek in Queens, the Natural Areas Conservancy has been working hard to help New Yorkers reach that “aha” moment when they realize nature is much closer than a Metro-North ride away. With over 20,000 acres of forests, fresh and saltwater wetlands, grasslands, and marine habitats, New York City’s nature is much more accessible than one would think, even for someone as deeply involved in these efforts as the organization’s executive director Sarah Charlop-Powers.

A Bronx native, this project hits especially close to home for Charlop-Powers who grew up just a few blocks from the forest restoration site. “We’re excited to invite the community to participate in this trail restoration process,” she said. Her sentiment was echoed by NYC Parks Commissioner Mitchell J. Silver, FAICP. “With [the organizations’] help, and that of generous and passionate volunteers, restoration efforts for one of the remaining forested areas in our city will be well underway.”

The hope is that by organizing opportunities for neighbors to participate in the restoration, they too will become advocates and protectors of the forest and river, continuing the vision that the activists had in the 1970s. This park, like many others across the city, faces the challenge of heavy use, which is why a better organized trail system plays such an important role in restoring the Bronx River Forest. In addition to promoting community engagement, the group’s goal is to promote positive activity and easier access to the forest and river channel through on-the-ground education. Volunteers will learn about the history of the site, and help to improve its current condition.

Volunteer days will take place on May 17 and October 8 from 9:00 a.m. to 1:00 p.m., and more volunteer days are being scheduled for the summer months. New Yorkers interested in participating in these efforts can learn more about the volunteer event series and sign up on the Natural Areas Conservancy site and on the Bronx River Alliance’s site. This project is made possible through support from the BAND Foundation and the Robert Wilson Charitable Trust.