CityViews: Distorting Downtown Brooklyn’s Past Can Only Obscure Its Future 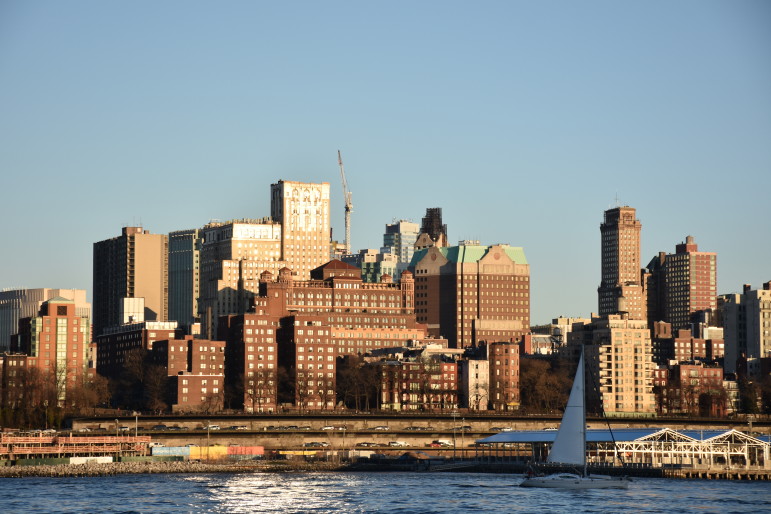 There is no doubt the 2004 rezoning had a profound impact on downtown Brooklyn. But some recent reporting on its effects tends to accentuate the positive and omit some more troubling consequences.

Since 2004, Downtown Brooklyn has been transformed into “a 21st century model for innovation and economic growth,” claims “Downtown Rising: How Brooklyn became a model for urban development”, prepared by the NYU Rudin Center for Transportation Policy and Management, for the Downtown Brooklyn Partnership (DBP).

By contrast, “Downtown Brooklyn is bearing a burden of unanticipated new residential development without a comparable level of infrastructure to sustainably support a growing 24-hour community,” states a report from Brooklyn Borough President Eric Adams analyzing the 2004 rezoning of Downtown Brooklyn.

Could both be accurate? Well, to a degree they talk past each other, with Adams’s report defining the boundaries of Downtown Brooklyn narrowly and the DBP quite expansively.

However, Adams’s report pays more fidelity to history, recognizing the mixed and unanticipated impact of the 2004 rezoning—”in many ways a success”—that produced far more luxury residential towers than expected, and much less office development than was hoped, though a perceived need for office space drove the up-zoning.

The DBP’s report, despite the academic imprimatur, stretches credulity by saluting “a central business district [CBD] in Downtown Brooklyn that can serve as a model for the 21st century.” After all, the impressive statistics it cites for new buildings, residents, and private-sector jobs rely on a “Greater Downtown Brooklyn” well beyond that CBD, including Brooklyn Bridge Park, DUMBO, the Brooklyn Navy Yard, and pieces of Fort Greene. Only by citing the Pacific Park Brooklyn (formerly Atlantic Yards) development, outside Downtown Brooklyn, does the DBP generate its affordable housing estimates.

The DBP says Downtown Brooklyn’s growth relies on multiple factors, including the role of the arts, the growth of the innovation economy, and collaboration among higher education institutions, targeted investments, and new public policies. But surely first among all was the rezoning. No wonder landowner John Catsimatidis could crow to the New York Times in 2014 that his firm bought property on Myrtle Avenue some 30 years earlier, for “about $400,000,” but the land was already worth $200 million.

Both new reports contain significant omissions. They ignore the missed opportunity in the 2004 rezoning to require affordable housing, the significant small business displacement the rezoning caused, and the immense value in indirect subsidies, notably the 421-a tax break.

Such criticisms were lodged in the 2012 documentary My Brooklyn and a 2008 report from the Pratt Center for Community Development. A December 2011 City Limits article explained how Brooklyn Community Board 2, along with then-Council Member Letitia James, had unsuccessfully asked the Department of City Planning to revisit the rezoning “to see if follow-up changes were warranted.”

Yes, the Downtown Brooklyn Partnership, coordinating with affordable housing advocates, has spread the word recently about more than 1,000 new affordable units coming in and around Downtown Brooklyn. But it should be noted that more than half those units are outside the rezoning area, thanks largely to city dispositions of land around the Brooklyn Academy of Music, while those inside the rezoning mostly take advantage of a 20 percent inclusionary housing bonus.

Another omission involves the public cost. While the Borough President cites a 2015 DBP report asserting that $400 million in city funding leveraged $4 billion in private investment, that ignores huge tax breaks that fueled luxury development on up-zoned sites. (Not all Downtown Brooklyn sites appear in this 2014 report on 421-a by Real Affordability for All, but the value for those listed exceeds $100 million. My Brooklyn director Kelly Anderson said residential subsidies in 2011 exceeded $200 million.)

The new reports offer not unreasonable recommendations: both back improved infrastructure; Adams suggests parking minimums be dropped to achieve affordable housing; the DBP seeks more support for the arts and the creation and expansion of high-school career and technical-education programs.

The DBP proposes “less prescriptive” zoning and city help for cheaper Class B office space. Unmentioned is the DBP’s vocal support for making permanent several incentives that are now active in the area (and outside most of Manhattan), such as the Industrial and Commercial Abatement Program (ICAP) and the Relocation and Employment Assistance Program (REAP).

Perhaps such incentives are justified, given the current preference for residential space, but shouldn’t the DBP have mentioned them? And didn’t we learn from the rezoning that incentives may need a sunset, especially if the real estate market changes?

The distortions of history and geography matter because they suggest mission creep and concentrated power in the Downtown Brooklyn Partnership, a not-for-profit local development corporation that faces little government oversight but rather answers to its board, dominated by the real-estate industry (and co-chaired by the CEO of Forest City Ratner, arguably the most powerful developer in Brooklyn).

The Downtown Brooklyn Partnership, focused on growth, doesn’t acknowledge the losses, what Anderson and film producer Allison Lirish Dean called a “sort of red-lining in reverse.” Thus, it’s dismaying that, in a press release heralding the DBP report, Borough President Adams declares satisfaction that local stakeholders have partnered to focus on the “shared goal” of “prosperity for all who live and work in this exciting community.” That wasn’t the goal ten years ago, and it’s hardly clear that’s the focus now.

One goal may be further expansion. The DBP report addresses not only the area that faced rezoning but also what it calls the “Downtown Brooklyn Community,” including the residential neighborhoods of Brooklyn Heights, Cobble Hill, Boerum Hill, Prospect Heights, and Fort Greene.

Today, the DBP’s president, Tucker Reed, is the spokesman for Downtown Brooklyn, quoted as validating a planned “supertall” residential building next to the Dime Savings Bank and the developer Greenland Forest City Partners’ proposal for the borough’s largest office tower, to be achieved by audaciously moving the significant bulk planned for a tower at the tip of Atlantic and Flatbush Avenues—over the Barclays Center and its temporary plaza—across the street to a site approved for a far smaller building.

“The city invested $400 million in downtown Brooklyn at the time of the rezoning,” Reed recently told NY1. “We’re now tracking close to $10 billion in private investment.” That increase of $6 billion from his group’s 2015 total likely includes the nearby Atlantic Yards/Pacific Park site—again outside the rezoning.

Such an ever malleable approach to “Downtown Brooklyn” should remind us that business boosters don’t necessarily make honest brokers.

One thought on “CityViews: Distorting Downtown Brooklyn’s Past Can Only Obscure Its Future”