Op-ed: City Needs a Real Plan to Close Rikers, Lest One Failure Replace Another

By David A. Fullard. 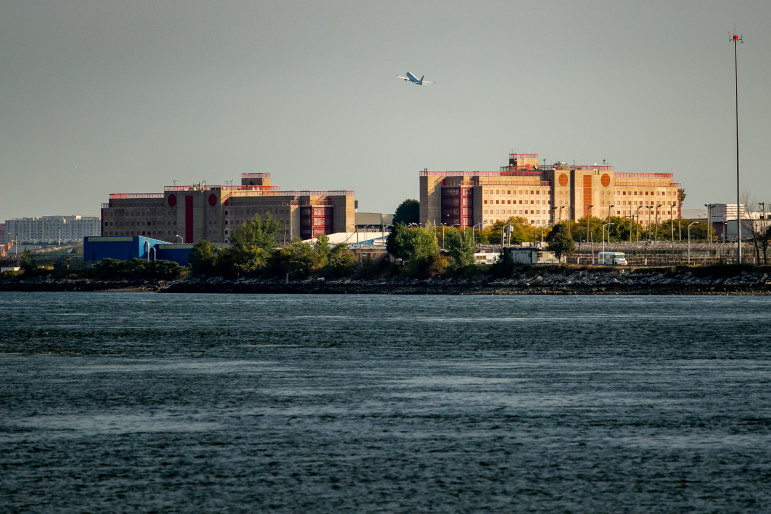 Rikers Island is notorious for an extreme history of violence, shown in numerous inmate v. inmate fights, inmate v. staff attacks, staff v. inmate excessive use of force, and inmate self-harm incidents. Attempts at reform have not reduced the number of violent events at this island prison described in the New York Times as a place where “the guard culture of prisoner abuse and the gang culture of violence are ingrained.” It is time to close this isolated and antiquated physical plant and build modern jails in the community.

The U.S. Attorney calls Rikers as a “broken institution… where brute force is the first impulse rather than the last resort.” The island has thirteen aging jails housing 7,600 people on any given day, with over 72,000 admissions per year. Over 80 percent of the inmates are pretrial detainees who have not been convicted of any crime, held because they cannot make bail, even though half have bail amounts under $2,000. Dilapidated conditions actually contribute to the violence: “The prison is so poorly built the prisoners can rip metal off the… fixtures and sharpen them into lethal weapons.” Most of the jails are simply too old to be effectively rehabbed, or redesigned with features and services of modern penal institutions and detention centers such as direct supervision, video surveillance, education programs, mental health services, drug treatment, and so on. A current petition at Change.org calls to #ShutDownRikers, stating: “[Rikers] is a factory of human rights abuses that cannot be reformed.”

Other programs put into place as part of a settlement with the Federal government, which joined a lawsuit brought against the NYC DOC by the Legal Aid Society, include “ending punitive segregation for 16- and 17-year-olds… tripling the number of security cameras… [improved] vetting of Department of Correction personnel… special training to deal with the mentally ill and adolescents… segregating the most violent inmates… increased surveillance to cut down on contraband smuggling, [and] speeding up the timeline to investigate incidents where force is used.”

However, violence continues to rise, and it is clear that these reforms would work much better in new, small jails in each boro, rather than trying to apply them to Rikers.

So yes, closing Rikers Island is a great idea – but we must have fully operational alternatives in place first, not just some half-baked notions that are destined to fail.

The level of violence at Rikers has been truly horrific, including “slashings, stabbings, broken bones, noses, eye sockets, jaws… even deaths. Inmates and correction officers alike have had fingers bitten off, been stabbed with pens and makeshift knives, and brutally beaten in gang attacks.” Stress from day-in and day-out violence has led to PTSD for both inmates and staff, charges of excessive use of force and overuse of punitive segregation (solitary confinement) by correction officers overwhelmed trying to handle a volatile population of habitual violent criminals, substance abusers, the mentally ill and first-time offenders… not to mention pretrial defendants who have not been convicted of any crime.

Rikers was built from a 87.5-acre marshy islet with landfill of untreated garbage into a 481.5 acre prison complex. While inmates cycle through Rikers in under a year (though many are there longer if their cases drag on or take a long time to come to trial), workers may be there for decades. Lawsuits, filed by correction officers in regard to contracting cancer after years of working on the island, report “a strong chemical odor that often permeates the facility, causing nausea… plumes of methane gas thick enough to set off gas detectors on the island [rising] from the ground.”

Access to Rikers is via a single bridge, leading to high costs to transport inmates to court appearances, and making the visiting procedure a nightmare, even though studies show that inmates who retain ties to family and community are less likely to recidivate. Also, there is no plan to evacuate Rikers in case of hurricane, despite the restricted ingress and egress, landfill’s vulnerability to natural disasters, and being in a zone where “flooding, erosion and other damage is considered highly probable if not imminent.”

New York City will always need to have a jail system, to hold dangerous repeat offenders who are awaiting trial in city courts throughout the five boros as well as those serving sentences of under one year. (Those who have been convicted and are serving longer sentences are sent upstate to do their time in state prisons vs. city jails.) Ideally, each borough would have a comprehensive jail system providing full services to a population of 500 inmates maximum per jail. How could we get the number down so low from the current population of Rikers? By speeding up the trial process and instituting successful diversion programs from the start:

1) Remove low-level, non-violent drug offenders to a specialized “drug court” and ensure there are adequate rehab spaces to accept those assigned by the court to such recovery programs;

2) Send youthful offenders to family court and provide seprate youth housing for any requiring deten-tion, staffed by professionals trained in providing services for juveniles, including those who are violent or who have committed “adult” crimes;

3) Provide mental health triage, assessment and treatment for those with diagnosed mental illness in mental institutions staffed by professionals trained in providing services for this population including the violent mentally ill;

4) Reduce or remove money bail for all nonviolent offenders (which results in unfair incarceration based on income level), either releasing them on their own recognizance to show up for trial, or… 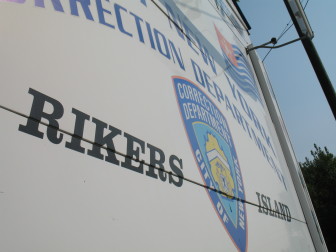 Read our series on 'Closing Rikers'

These programs must be staffed and fully operational before Rikers can be closed. Small, direct-supervision jails with an 8:1 inmate-to-staff ratio need to be built, with full video surveillance and trained staff to handle the remaining violent felons. These jails would be located in each borough, near the courts to easily and safely transport inmates to their hearings, and near public transportation to facilitate visits by family members and attorneys.

Some of these programs are already underway, including a “bail lab” to reduce overreliance on money bail, which will examine “other ways of encouraging defendants to return to court, such as reminder systems,” encourage the use of alternative forms of bail, and make the bail process faster and easier. Other bail initiatives include the establishment of a citywide bail fund, and allowing judges to consider public safety risks when making bail determinations, to reduce the incidence of dangerous felons getting out on low bail and re-offending while awaiting trial.

To reduce recidivism and improve efficiency, each and every inmate must be guaranteed the following services:

• Comprehensive intensive case management, with a trained case manager coordinating all aspects of their referrals, treatment and follow-up.

• Referrals to appropriate treatment programs, and follow-up to ensure they are attending and getting the recommended services.

• Skills/aptitude assessment and vocational training for today’s world (best through a re-start of the WPA) that leads directly to a job/career, plus guidance overcoming barriers to employment.

It cannot be stated strongly enough: This must be in place before releasing any inmates from Rikers. Over 50 percent of those on Rikers have serious mental illness. Just letting them out onto the streets would cause the same crisis that deinstitutionalization did in the 1960s and ‘70s, which led to Rikers becoming the largest de facto mental institution in the country. These people need professional assessment, treatment and care. If they are turned loose into the community, the public outcry – rightly – would result in the complete failure of this reform. Protection of the citizens and the community is “Job #1” for the criminal justice system, and Ponte’s 14-point reform plan would work much more efficiently in smaller jails located in the community, rather than trying to jerry-rig them in Rikers.

Changing people’s minds may be the largest challenge in moving the jails off of Rikers and into the community. To reduce the NIMBY (“Not in My Backyard”) response, neighborhoods must be shown that jails near their homes, schools and workplaces would not be a security risk, but rather reduce recidivism and prisoner abuse. Having solid support programs in place for drug abuse treatment, juvenile offenders, mental health services, and monitoring of nonviolent offenders is critical to obtain community support, as well as building secure local facilities staffed by well-trained correction officers for the few violent inmates who will continue to be held behind bars.

Public sentiment may be ready for this, due to the recent #BlackLivesMatter movement and awareness of the dangers of excessive police and correction officer violence towards those in custody, including those not convicted of any crime, such as Sandra Bland and Tamir Rice, as well as the suicide of Kalief Browder months after he had been released from Rikers where he had been held for over a year (much of that in solitary confinement) on charges that were later dropped.

The high level of involvement in the entire criminal justice system by people of color has led to concerns of institutional racism, so people might be more amenable to having the process be more transparent, and the jails located in the community so they are accessible to monitoring. Having jails in public view rather than “out of sight, out of mind” means that attorneys and the media – not to mention cellphone-wielding citizens – would have access to what goes on behind bars, reducing the likelihood of violence, abuse and racial discrimination behind closed doors on a remote island.