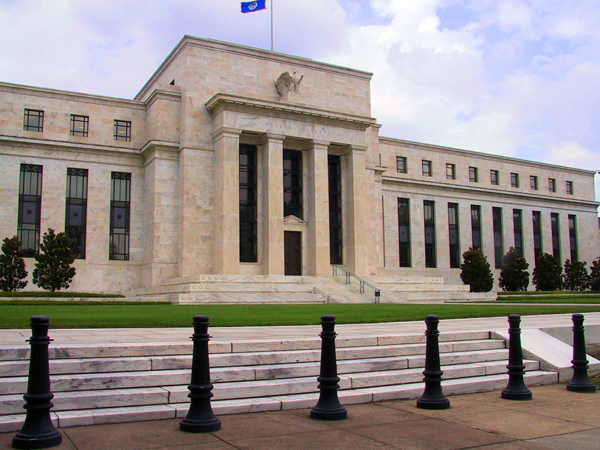 The Federal Reserve says full employment is in sight. What does that mean for policies aimed at reducing poverty through work?

It’s been a banner year for the economy across our land and here in our fair city. The U.S. economy added just shy of 3 million jobs in 2014, the best year since the Clinton boom. In New York, the unemployment rate fell a full two points from summer 2013 to summer 2014, and the city saw more than 90,000 new private-sector jobs over the same period.

The rate of people living in poverty, however, didn’t budge, according to figures released today by the Census Bureau. The national rate held at 14.8 percent. The rate in New York City stayed at 20.9 percent. Racial disparities barely budged: The white poverty rate was still 10 points behind the rate for blacks and half the level for Latinos.

“Five years into the recovery from the Great Recession, it has become clear that it will take more than new jobs and lower unemployment to change the fact that one in five New Yorkers live below the poverty line. The city’s residents need bold public policies to reverse the trend,” said the Community Service Society of New York in a statement. The antipoverty agency (a funder of City Limits) backed the governor’s recent call for a $15 minimum wage and the push for broader family leave policies. “Today’s poverty numbers reveal why that is such a critical matter: the poverty rate for single mothers was 41.4 percent in 2014, almost double the overall poverty rate and up from 2013,” CSS noted.

Despite the growth in available jobs nationally and locally, employment status was still a good predictor of poverty, the Census data suggests. Among the employed, 8.9 percent lived in poverty; among the unemployed, the figure was 38.4 percent. Full-time workers had a poverty rate of only 4.3 percent, people who worked part-time posted a 21.8 percent poverty rate, and those who didn’t work at all had a 34.3 percent rate of poverty.

Not surprisingly given its legal mandate to concentrate on achieving full employment and low inflation, the poverty situation didn’t figure into the much anticipated statement issued today by the Federal Reserve’s Open Market Committee (FOMC), the body that sets interest rates. But what the committee did discuss could have a bearing on the shape of poverty in the city and elsewhere.

“[L]abor market indicators show that underutilization of labor resources has diminished since early this year,” the committee said in its statement. “[T]he Committee expects that, with appropriate policy accommodation, economic activity will expand at a moderate pace, with labor market indicators continuing to move toward levels the Committee judges consistent with its dual mandate.”

That means the economy is pretty near “full employment,” the point at which it’s concluded that the only people out of work (to put it a little crudely) are those who are switching jobs or don’t want to work. At that point, national economic policy typically turns to preventing inflation by raising interest rates, which is not even close to a problem now but something that the business sector always worries about. Jobs are still created in an environment if rising rates, but it’s harder to do so.

That’s why advocates for a fairer economy are generally opposed to a rate increase anytime soon—because, as the poverty statistics indicate, even after a very good year, some people are still left out.