NYC’s Dumbest Elections: Races for DA in a Year When No One is Looking 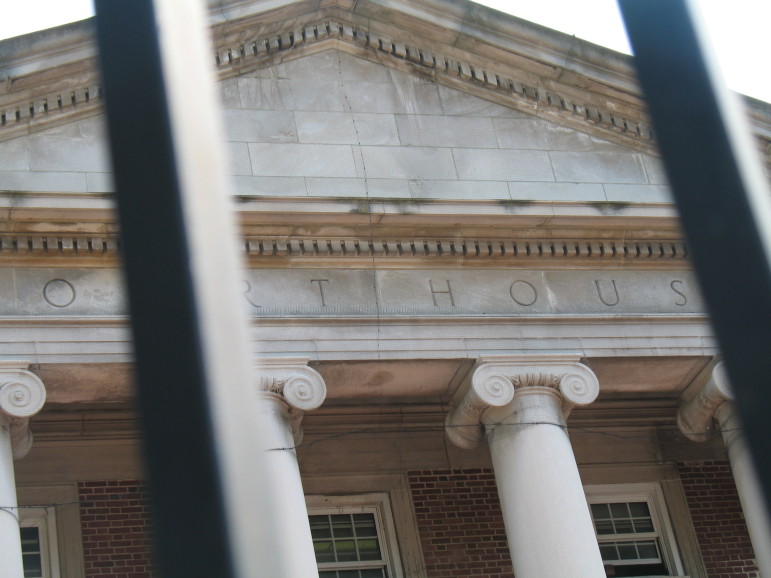 Criminal Court in Staten Island, one of three boroughs that elects their chief prosecutor in off years.

Bronx District Attorney Robert Johnson’s office denies the veteran prosecutor is planning an exit from the job he has held since 1989. But the New York Post suggests Johnson might announce his departure in September, when his name is already on the ballot for November’s general election, so county Democratic leaders can substitute the candidate of their choice without the inconvenience of a primary.

Yes, it’s true: There are elections in 2015. Some districts have a primary on Thursday, September 10 for party and judicial positions (and one vacant City Council seat in Queens). Come November 3, three very important offices—the district attorney posts in the Bronx, Queens and Staten Island—will be up for grabs, though few voters will notice.

District attorneys have tremendous impact on the approach to crime and punishment in their boroughs, a role of growing importance amid concerns over racially biased policing and rising crime. (Definitely read Gotham Gazette’s probing look at DA Johnson’s record in the Bronx.) But in those three boroughs, the contest to decide who wields that power is rarely a contest at all, largely because the races occur in an “off-year.”

In 2011, only 23,000 of the more than 600,000 registered voters in the Bronx cast their ballots in the general election for district attorney. As is the case this year, that vote took place two years after citywide elections (mayor, City Council, et cetera), twelve months after statewide races (governor, legislature and so on) and a year ahead of a presidential contest. The DA’s race that year was no race at all: Johnson—endorsed by the Democrats, Republicans and Conservatives—was the only person on the ballot.

It was the same story in Queens, where DA Richard Brown had three ballot lines and no competition … and received nearly all the 53,000 votes cast in a borough with a million registered voters. In Richmond County, Republican-Conservative Daniel Donovan actually had an opponent on the Democratic and Independence lines, but their race still drew only 28,000 of the borough’s quarter-million active voters.

Four years earlier, the story was largely the same. Johnson and Brown were each endorsed on three lines and had no rival, and a small number of votes were cast. Staten Island had an actual race and attracted a slightly larger but still meager display of voter interest.

Tellingly, in 2003—when there were City Council races because new district lines were drawn after the 2000 Census—the district attorney contests generated more heat. Johnson and Brown were still unopposed but their races attracted 60,000 and 200,000 votes, respectively. Staten Island once again had a competitive race and more voters showed up to be part of it.

The takeaways are obvious: Noncompetitive elections draw less interest than real races, and all contests for district attorney generate more voter interest when there are other important offices on the ballot. Since the Bronx, Queens and Staten Island run their DA races in off years, there rarely are other contests on the marquee.

It’s a different story in the other boroughs, which elect DAs in citywide election years. In 2013, Manhattan DA Cy Vance was re-elected in a contest that drew 200,000 votes and there were 300,000 ballots cast over in Brooklyn to elect Ken Thompson. Thompson and predecessor Charles Hynes drew 180,000 votes in their primary earlier that year. The same holds true in Manhattan and Brooklyn DA races of earlier years: Voters are more likely to pay attention to the DA line when they’re also selecting a mayor, public advocate, comptroller, borough president and Council rep.

The practical impact is that people in Manhattan and Brooklyn are served by prosecutors who can be said to better reflect the will of their boroughs. Incumbents would still be likely to win if the Bronx, Queens and Staten Island shifted their DA races to the citywide election years, but the result would be a more robust, democratic one. For an office that represents “the people” in the court system, that seems like a worthy goal.

To find out if there are races in your district next month, click here.

One thought on “NYC’s Dumbest Elections: Races for DA in a Year When No One is Looking”