Why We Must End Vacancy Decontrol to Save Rent-Regulated Housing 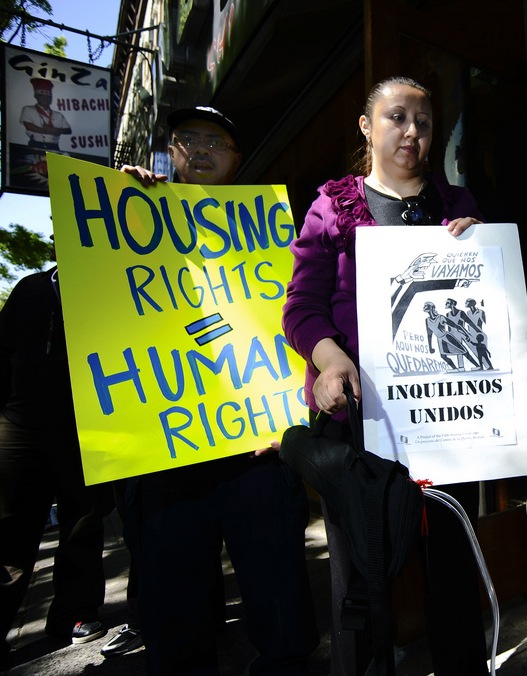 It’s a perfect storm. Soaring income inequality resulting from stagnating wages and skyrocketing costs of living have created a situation in which 30 percent of all New York City households are severely rent-burdened, meaning they are paying more than 50 percent of their income toward their rent.

Those statistics are simply staggering.

Let’s do the math: Slice your net income in half and consider how much is left after you factor in your utilities, health care spending, groceries, transportation costs and clothes and toiletries, just to name a few. There’s not much, if anything, left is there? And if you have kids, well, you’re probably already in the red.

We’re not just talking about statistics though; we’re talking about real people here. We’re talking about the elderly widow—let’s call her “Mary”—who walked into my office earlier this year because she fell behind on her rent. At 83, Mary was still working part-time and was looking for a second job because her Social Security check was just not enough. After falling behind in her rent, Mary’s landlord was evicting her and she had nowhere to go. Apparently, the job market for 83-year-olds isn’t what it used to be.

Fortunately, my office was able to help Mary, but Mary’s story is not unique. Each and every day, I hear from constituents who are finding it increasingly more difficult to get by. Average New Yorkers are getting slammed by sky-high rents with no comparable increase in real wages. And, the people who were living on the edge are falling off the financial cliff.

If you needed additional proof that the housing crisis is real, several weeks ago nearly 90,000 people applied to live in 55 units of affordable housing in the “poor door” building in my district. Though it was always cutthroat, today’s rental market feels more like “The Hunger Games” when tens of thousands of New Yorkers are fighting to live as second-class residents in an income-segregated building.

We are at a critical tipping point in the struggle to save the very soul of New York City and some of its surrounding counties that are also covered by rent regulations. We are hemorrhaging thousands of units of affordable housing each year. By some estimates, we have lost more than 200,000 units of rent-regulated housing in three decades and 50,000 in the last three years. These “units” are home to thousands of middle-income and working-class families, and they are being replaced by ivory towers for the wealthy, and increasingly, the super wealthy. Where are average New Yorkers supposed to live anymore?

For those of you who may not be familiar, once a rent-regulated unit becomes vacant, landlords often make improvements and upgrades, such as installing new appliances or bathroom tiles. These changes then allow landlords to add a percentage of the total cost of the work (1/60th) to the rent. This is on top of a 20 percent rent increase the landlord automatically gets when an apartment goes vacant. If these additions cause the rent to increase to $2,500 or more per month, the point at which a rent-regulated unit becomes subject to deregulation, then the unit is no longer regulated and the landlord may charge a market-rate rent. Unfortunately, landlords are allowed simply to claim that renovations were made that propelled the rent above $2,500, and the validity of those claims is never checked.

In fact, vacancy deregulation provides landlords with an incentive to harass their rent-regulated tenants or neglect to make repairs to their apartments until they have no choice but to leave. I see this scenario play out time and time again in the form of frivolous eviction lawsuits or other litigation, repairs that are never made and even threats and other strong-arm tactics. After months—and in the worst cases, years—of harassment and neglect, the tenants give up and leave, exhausted and often broke after fighting a battle against a deep-pocketed opponent that they simply cannot win.

This year, the rent laws, which keep housing affordable for more than two million New Yorkers are set to expire unless the Legislature takes action before June 15th to renew them. Now is the time for bold action, not half measures and appeasements. Straight renewal of the rent laws is not an option. Now is the time to put an end to vacancy deregulation.

The real-estate industry has leveraged its considerable wealth into vast influence in the halls of state government and will stop at nothing to defeat us. As the prime sponsor of bill A.1865-A, which would repeal vacancy deregulation and save hundreds of thousands of units of affordable housing, I ask all of you who care about the future of New York to join me in Albany to fight to preserve it by putting an end to vacancy deregulation. Together, we can keep New York affordable for everyone.

Assemblymember Linda B. Rosenthal is the sponsor to bill A.1865-A, which would repeal vacancy deregulation. She is the Chair of the Alcoholism and Substance Abuse Committee and represents the 67th Assembly district, which includes the Upper West Side and parts of the Clinton/Hell’s Kitchen neighborhoods in Manhattan.