—In an effort to become more relevant, impactful, and inclusive, and reflect a vision that all women can be changemakers, civic engagement-focused organization unveils multi-tiered programming to offer women resources, tools, and educational opportunities—

(New York, NY)—Since 1915, Women’s City Club of New York has brought women together to improve the lives of New Yorkers, upholding the mission of its founding members by advancing the rights of women to shape the future of New York City. From voting rights to public school education, WCC has been at the forefront of progressive change.

But times have changed—and now so has Women’s City Club.

The 104-year-old organization—which counts Eleanor Roosevelt as one of its earliest and most prominent members—today announced a new name that reflects its century of service and future of progress: Women Creating Change.

The new name comes as the organization plans for expanded impact in its second century, structuring comprehensive, multi-tiered, civic engagement programming to broaden access to tools, resources, and educational opportunities for women to become more civically engaged and empowered to create change in their lives and in their communities in New York City.

“Women in New York City have the passion, the promise, and the potential to change and improve New York City by becoming civically engaged,” said WCC President and CEO Carole Wacey. “But for far too long, women in many of our city’s underserved communities have not had an equal opportunity to do so. Now, WCC will focus our work on reaching out to all corners of our city to provide resources and access so that all women can be changemakers in their communities and in their lives.”

The expanded mandate comes after a year-long process in which WCC leadership and Board members took a close look at the organization’s century of achievements and how its work reflected the shifting needs of the city. The strategic review—focusing on WCC’s potential expanded impact—included meetings with government, civic, and nonprofit leaders, current and former WCC members, and other valued organizations, and assessed where WCC could be most impactful as the organization reshapes its future focus and develops programming to meet the needs of women and communities in New York City.

“WCC has a long and storied history of civic leadership, promoting equality, and affecting positive change for New Yorkers. But, there are many in this city who may have the desire to improve their lives and create change in their communities, but who don’t know the first thing about where to start, or how to get involved,” said Board Chair Heidi Reavis. “We are aiming to provide more people with tools and a platform for creating change by expanding opportunities through our innovative tiered civic engagement program.”

This new chapter in WCC’s history began with a new vision and mission to partner with women and the organizations that support them, expanding opportunities for women to advocate for themselves and their communities. Over the last year, WCC’s Board recast the organization’s mission and vision to be an inclusive and welcoming, impact-oriented community that develops and strengthens the skills and resources needed to effectively advocate for New York’s diverse communities and ensure that all women have the power to be changemakers to create a more equitable New York City.

“Women are uniquely positioned to be leaders in their homes, neighborhoods, and communities, but many, primarily women in low-income families and new immigrants, often face barriers to participating in civic life. They may see a problem they want to correct, but do not have the resources or networks to become civically engaged, so WCC’s programs will expand access so that all women can create change in their lives,” said Board Vice Chair Deborah Martin Owens.

Accordingly, Women Creating Change will now be developing programs, in partnership with community-based organizations, to offer the resources, tools, and educational support for women to be more actively engaged in civic life.

WCC’s new signature programmatic initiative, Civic Matters, will be a five-tiered, multi-dimensional approach that will offer access to a range of opportunities for people to become engaged at the level they want, whether online, in person, or by enrolling in longer term programs.

Under the Civic Matters mantle, participants can: learn about civic engagement and why it matters; access and use action-oriented tools and resources; gain practice and support using advocacy skills; and engage directly in advocacy for themselves. Ultimately, participants will gain access to a platform to advocate for themselves and their communities.

Among the hundreds of people and organizations that WCC met with were groups of elected officials, who noted that WCC’s work in recent decades had not been reaching a diverse group of women. Additionally, universally, WCC often heard that the word “club” appeared exclusive, and reflective of a social group rather than one fully engaged in civic activities and creating change. Several of those whose responses shaped WCC’s future applauded the new name.

“They say if you want something done right, it should be done by a woman,” said Manhattan Borough President Gale A. Brewer. “WCC is the embodiment of that old adage, tackling a range of complex issues from workers’ rights to improving living conditions. I am glad that they will use this new moniker to continue to be part of the fabric of New York City and am excited to see what is to come from this incredible group of women.”

“We applaud WCC’s efforts to expand its vision and programming to empower a broader diversity of women to become civically engaged. Now, immigrant women will also be able to access the training and resources they need to become more effective advocates for their communities. New York City will only be stronger when all of its residents can equally contribute to and shape their city’s future,” said Steven Choi, Executive Director, New York Immigration Coalition.

“104 years ago, a number of pioneering women founded the Women’s City Club of New York to promote transformational change in the lives of all New Yorkers. I am thrilled to see WCC moving through the next century under a new, and quite fitting name, ‘Women Creating Change’, which captures the energy of its ongoing efforts and reaffirms its commitment to the path that its founders brilliantly forged so long ago. While the context of women’s lives has changed since then, WCC’s mandate remains critical,” said Jacqueline Ebanks, Executive Director, NYC Commission on Gender Equity.

“Women Creating Change is a name that truly reflects the rich history and the contributions that this venerable organization has made to our city. As a women’s foundation rooted in community and focused on promoting women’s leadership, we commend Women Creating Change for turning their focus on women’s civic engagement. Women in underserved communities across New York City have always taken the lead to create solutions for the problems their communities face. WCC’s new strategic direction will serve to further uplift women, families and communities–making New York City better for all,” said Ana L. Oliveira, President & CEO of The New York Women’s Foundation.

“WCC has a history of important work in creating change and empowering women. I am excited to join them in celebrating and participating in their new vision to extend services to women who have been historically left out. I cannot wait to see more women gain access to the tools they need to improve their lives and communities,” says New York State Senator Jessica Ramos.

“As chair of the New York City Council’s Committee on Women, I congratulate the Women’s City Club on its century of service to women across New York and its new iteration as Women Creating Change. We are living through a profoundly important time for women around the world, as they fight back against gender-based oppression and demand equity in every aspect of society. Women Creating Change’s focus on empowering women in underserved communities throughout our city will be critical as we work to engage women of all backgrounds in building a more just society,” said Council Member Helen Rosenthal (Manhattan, District 6).

About Women Creating Change:
Women Creating Change (formerly Women’s City Club of New York) was founded in 1915 as a nonprofit, non-partisan, activist organization dedicated to advancing the rights of women to shape the future of New York City. Today, Women Creating Change is an inclusive community that partners with people and organizations with a focus on underserved women to develop and strengthen the skills and resources needed to effectively identify the issues that matter to them most and advocate for themselves and New York’s diverse communities. Its vision is that all women have the power to be changemakers to create a more equitable New York City. 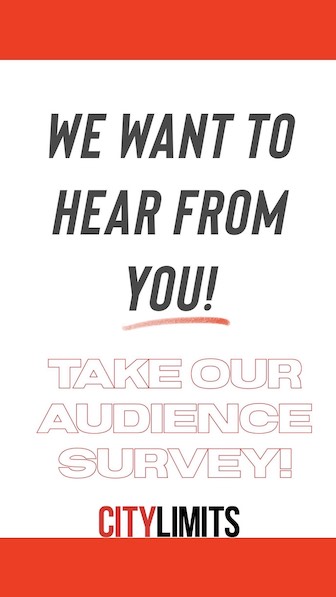