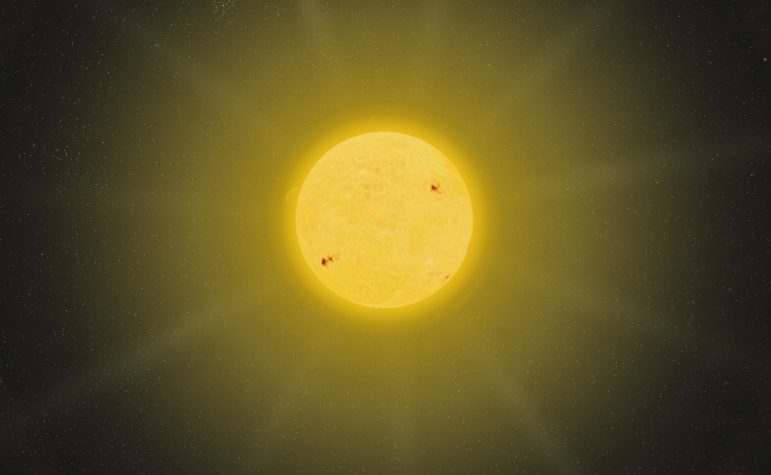 When it comes to accessing solar power, this is the easy part.

New York is investing resources to become a more environmentally sustainable city and aims to reduce its greenhouse gas emissions by 80 percent by 2050. The majority of emissions come from the one million buildings scattered across the five boroughs. One way to make them greener is to install solar panels on their roofs.
Although installing solar panels is technically simple, the process to get them up there can become an unexpected conundrum.

“The real issue right now, as is for most construction, is that you have to get permit,” says T.R. Ludwig from Brooklyn SolarWorks, “You either get it very quickly or it takes for ever.”

The permits process varies according to the type of roof a building has. Pitched roofs —which have an inclination of 10 degrees or more— are the easiest to deal with in terms of regulation and permits. The problem is that pitched roofs are extremely common in suburban areas, like outer parts of Queens and Staten Island, but are rare in the rest of New York City where flat roofs are majority.

“Major solar companies want to use systems they use nationwide but you have to conform to the New York City buildings stock if you want to work here,” says Ludwig. “A lot of people are told they cannot do solar, and companies will turn them down.”

Adel Sarhan, a resident of Park Slope, installed solar panels on his flat roof townhouse in Brooklyn three years ago. “In first place I had a hard time getting a response at all or getting any quotes,” he says. In one case a company looked at his roofs using Google maps and told him it was impossible to install panel on that kind of roof.

Although not impossible, it is definitely hard. Solar panels on flat roofs require approval not only from the Department of Buildings (DOB) but also from the Fire Department, which has to grant special permission for a variance from the fire code. FDNY can accept only paper submissions, slowing down the process; FDNY says it will be someday able to receive electronic filing, but not until 2019.

The fire code requires flat roofs to be as accessible as possible, with clear pathways and wide maneuvering spaces for firefighters. Also, firefighters at times have to make holes on a roof so they can ventilate a burning structure to prevent explosions and protect colleagues working inside. A solar panel plant covering the whole roof could make those operations complicated.

To comply with the code, installers end up proposing smaller and less efficient plants or utterly withdraw from the project. But Ludwig says these constraints are actually an opportunity to be creative. His company came up with a canopy roof equipped with solar panels to be installed above the actual roof that is large enough to be efficient and leaves maneuvering space for firefighters.

Between designing the plan, submitting it to the DOB and FDNY, making revisions and finally winning approval, it takes four to five months to get a final permit and start construction. Meanwhile, other paperwork has to be submitted to apply for federal and state tax abatements and sales incentives.

Once everything is in order the installer can begin construction. Usually it takes no more than a couple of days for an average residential solar plant to be installed.

In some ways, despite the lengthy maze they must navigate, property owners who go through the city’s solar-panel approval process are the lucky one. For the vast majority of New Yorkers, however, going solar is simply not a decision they can make.

“Right now, some eight out of 10 New York City residents who want solar on their roofs do not qualify. That’s because they rent or they live in multi-family dwellings, or have roofs that are too small or too shaded” said Dan Handrick of NRG during this week’s hearing at City Hall on possible strategies to facilitate solar energy.

The de Blasio’s administration is making an effort to speed up DOB procedures and increase access to solar energy for New Yorkers who can’t benefit from it. In April it launched Solarize NYC, an initiative aimed to provide financial and technical support for shared solar arrays in the city.

“The more people realize they can do this the more they will start doing it,” says Ludwig.