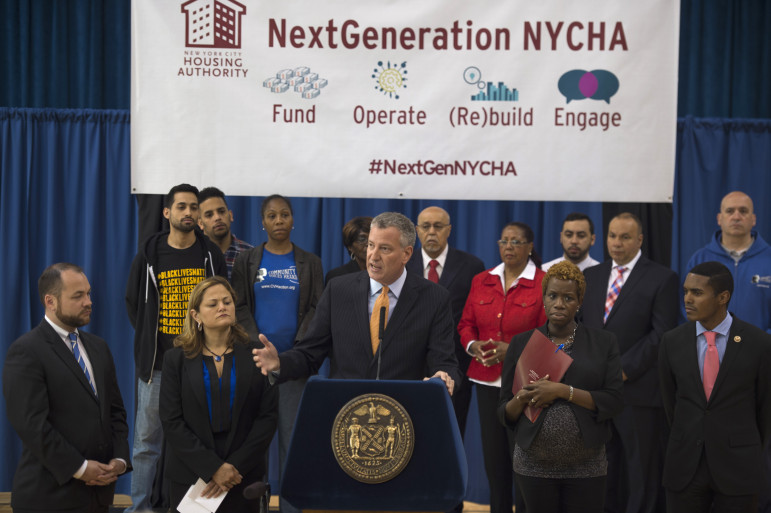 NYCHA’s difficulties stem first and foremost from funding deficits. Since 2001, the Housing Authority—which directly houses over 400,000 residents—has sustained losses in federal funding of over $1 billion due to lagging congressional appropriations, while its buildings continue to age, requiring increasing renovations and repairs. NYCHA’s current unmet capital need is estimated to be $16.9 billion over the next five years. There are 77,000 older adults and 110,000 children living in public housing in New York City, whose homes are being directly threatened by the systemic lack of funding, ironic particularly in light of a graphic included in NextGeneration NYCHA: for every $3.4 billion spent on NYCHA, New York City receives $5.9 billion in economic activity, while the State receives another $270 million.

By implementing the strategies outlined in NextGeneration NYCHA, the authority hopes to generate an annual operating surplus of $230 million over 10 years. Should the plan not be implemented, a deficit of $2.5 billion would accrue over the same time period, according to the plan. NextGeneration NYCHA, the authority estimates, will reduce NYCHA’s capital needs by $4.6 billion.

Not the “infill plan”, but a plan for infill

But in order to achieve viability, the Housing Authority has made what Councilmember Ritchie Torres called “painful choices” and Councilmember Corey Johnson called “a bitter pill.”

NextGeneration NYCHA includes the administration’s controversial decision to activate NYCHA land for further development. NYCHA plans to build 10,000 units of affordable housing on “underutilized land,” contributing to the mayor’s promise to secure 200,000 units. The authority hopes to recuperate $100-200 million in revenue over 10 years through this measure.

But in a meeting with City Limits before the announcement, Chair Olatoye made clear that the revenue—though expected—is not the main goal of building these units. “The ultimate goal is to deliver on the mayor’s affordable housing commitment,” she said. “We’re part of the city and the city has an affordable housing crisis.” Furthermore, building affordable housing is a means “to reconnect our developments to surrounding neighborhoods.” And finally, there is a revenue opportunity. “Residents want improved playgrounds, basketball courts, things we do not receive funding for. One way I can deliver on that is to maximize revenue from development.” She went on: “If people want their development to improve, they have to be flexible about what kinds of changes they’re willing to accept.”

But even more controversially, NYCHA seems to be pursuing a version of the Bloomberg Administration’s “infill” plan, which sought to lease NYCHA land to private developers in exchange for revenue for capital repairs. Though the mayor opposed Bloomberg’s infill plan while campaigning, NYCHA will now be activating “a limited number of underutilized, high-value sites with mixed-income development.” At these sites, 3,500 units of affordable housing will make up 50 percent of new units, while the other 50 percent will go to market-rate housing. This plan is expected to generate $300-600 million dollars.

“He could have done the politically expedient thing but instead he chose to do the right thing and that is something for which he deserves enormous credit,” Torres said. 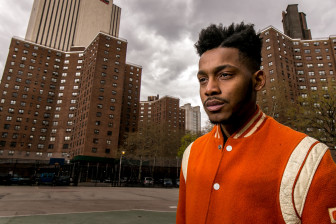 The mayor himself disagreed with suggestions that NextGeneration NYCHA is similar to the Bloomberg infill plan. “This is a very different plan,” he said. The previous plan would devote 20 percent to affordable housing and 80 percent to market rate housing; de Blasio plan is for a 50/50 split. Furthermore, the affordable units will be available to families making 60 percent the median income, or $46,000 for a family of four, compatible with the income of many NYCHA families. The current plan also focuses on job creation. “I think this is the kind of change we’ve needed for a long time, and it does respond to concerns raised that were missing from the previous plan,” the mayor said. Details—such as which properties will be targeted—will be released in August, after the administration sits down with residents at those sites.

But some are still suspicious, both at the content and at the way the release of NextGeneration NYCHA was handled. John Gardenhire, the vice president of the Tenant Association at Manhattan’s Smith Houses, who was instrumental in blocking Bloomberg’s infill plan and who was invited by the chair to NextGeneration NYCHA’s unveiling, thought the plan should have been delivered to residents first.

“They said this is a plan and a process. I’m very interested in seeing the process aspect of it. When they start engaging with residents and coming to them with these plans, I’m just really, really hoping residents in these particular developments get to shape how they change,” Gardenhire said. “I think it’s important for whatever development they do to be integrated into the existing development, to promote the social and cultural sustainability of these neighborhoods.”

Gardenhire and Aixa Torres, president of Smith Houses, were invited into a private meeting with the mayor and chair. But after the meeting, Gardenhire said there were still many unanswered questions. “I asked the mayor about the direction and shape these neighborhoods and communities will be taking,” Gardenhire said. “He didn’t really have much to say.”

Development is part of a larger plan

NextGen’s plans to diversify its revenue include a number of measures. As promised during his campaign, the mayor has already waived NYCHA’s payments to the NYPD, which totaled $70 million a year. Now, the city plans to relieve NYCHA of its Payments in Lieu of Taxes (PILOT), which total $30 million a year.

In addition, NYCHA plans to improve its rent collection—which accounts for one third of its budget. Currently, NYCHA is only collecting 74 percent of its rent, and the authority is hoping to generate an additional $30 million in operating revenue every year by improving collection. The authority also plans to lease non-residential ground floor spaces to retail, and hopes to generate another $1 million yearly. And car owners will now pay more for their parking spots, bringing in an additional $5 million a year.

NYCHA’s final plan for diversifying funding comes from the way it operates. The authority hopes to save $90 million a year by cutting some 1,000 positions, integrating those positions with other city agencies instead.

NYCHA also hopes to improve customer service by launching an app, MyNYCHA, which residents can use to submit and keep track of maintenance requests. The Housing Authority also promises faster repairs and more transparent metrics of success by giving managers greater control over their own budgets and staff. Recycling and energy performance are also priorities. NYCHA plans to use $100 million in criminal asset forfeiture, directed by Manhattan District Attorney Cyrus Vance, to install lighting, cameras, doors, and layered access, and to develop programming at 15 high-crime developments.

NextGen also lists the current administration’s accomplishments, such as an
agreement reached with FEMA to fund $3 billion in repairs and resiliency improvements for 35 Sandy-impacted developments; the removal of more than 36,000 linear feet of sidewalk sheds; the completion of roof replacements at 18 buildings with 99 more underway; and the placement of 2,000 NYCHA residents in permanent jobs.

“It’s a rather sweeping, complicated plan with many parts,” said Victor Bach, senior housing policy analyst at Community Service Society (a former parent company and current funder of City Limits). About the plan to create affordable housing alongside market rate housing, Bach said, “It’s such a vast improvement over the past.” In summary, Bach said, “I’m impressed with the optimism.”