CityViews:
Shut Down Rikers, and Then What? 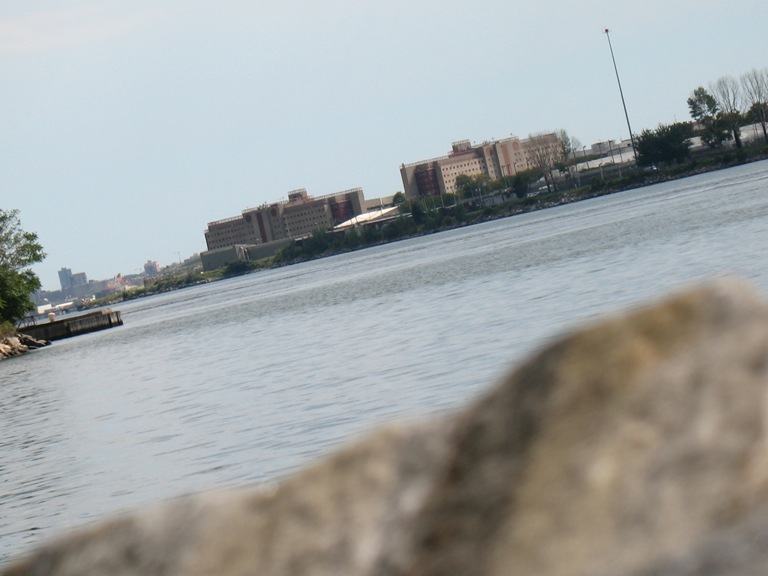 Rikers Island. Is it the disease, or just a symptom?

Governor Cuomo has just joined the growing number of politicians calling for the shutdown of Rikers Island. Cuomo’s support falls on the heels of City Council Speaker Melissa Mark-Viverito’s State of the City speech, in which she announced steps to shrink Rikers’ population so greatly that smaller borough-based jails could eventually phase out the large, isolated jail complex. Additional voices in the call to shut down Rikers include other city officials, local and national criminal justice reform advocates, and NYC-based Black Lives Matter movement activists.

The sudden surge of political interest in shutting down Rikers has left some local criminal justice reform advocates rejoicing—Finally! Politicians are beginning to realize the financial and moral implications of closing Rikers Island, one of the country’s most notorious jails. Having been active in NYC jail-reform efforts for over a year, that is a sentiment I only half share: I’m far more inclined to believe financial savings vs. moral reasoning is behind the rising tide of political support for the #ShutDownRikers movement. After all, if morality were driving political decision-making, Rikers would have been razed to the ground many years ago.

Furthermore, as a native NYCer and lifelong resident, I have serious concerns about the practicality of building new borough-based jails as an alternative to Rikers Island. Previous failed attempts to shut down Rikers included that very plan and were repeatedly met with local outrage and opposition. So why is the same failing plan proposed only several years later? Yes, public awareness has grown on Rikers being a factory of human rights abuses, but increased awareness is not synonymous with significant change in public opinion.

* * *
Your City. Your News.
Your City Limits!
Take our brief survey and tell us about the role you play in New York.* * *

With the NYC mayoral election coming up in 2017, I can’t help but wonder how much of this is political strategy vs. actual intent. Ultimately, neither borough-based jails nor legislation and reforms will cure societal ills contributing to high rates of arrest and incarceration. Instead, we need all hands on deck working toward building stronger, sustainable, and safer communities. We need increased public spending on health, education, and vocational resources and opportunities. We need to divest and divert from criminalizing our city’s most vulnerable residents and re-focus funds and energies into healing and supporting our neighbors, friends, and community members. These are solutions and alternatives to Rikers Island.

While that may seem pie in the sky to some readers, it can be made reality if the people of NYC desire and demand it—just as ordinary citizens of California and Washington have successfully done. City funds already exist that would allow for an increase in higher-quality schools, health and mental health services, jobs, and housing: Mayor de Blasio recently allocated over $50 million to the Department of Correction (DOC) for staffing NYC jails, including hiring 1,800 new correction officers to manage a population the Mayor previously vowed to reduce. That $50 million is but a small fraction of DOC’s annual budget of over $1 billion. Does the most progressive city in the country actually need in excess of $1 billion to cage human beings?

One thought on “CityViews:
Shut Down Rikers, and Then What?”