Leave the Bronx for One’s Golden Years? ‘Hell No!’ 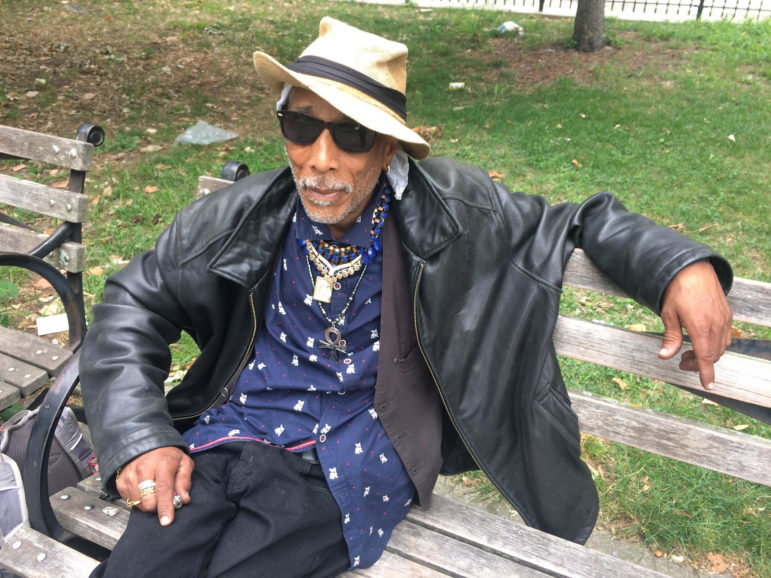 Ra Scarface Capone, “60 plus and then some,” recently lost his home, and intends to stay in the Bronx.

The Bronx is the city’s youngest borough. It boasts the lowest median age (33.6 years), the lowest number of residents aged 65 or older (12.4 percent) and the highest percentage of households with children (38.6 percent). Older people, however, have always played a key role in the borough’s civic life and street culture. It’s older Bronxites who are often the “eyes on the street” in local parks, on front stoops, at key intersections as crossing guards. Senior citizens are who staff the polls on election day, and they are the ones who can talk from personal experience about the “old days”—good, bad and otherwise.

To get a sense of what older Bronx residents were doing and thinking on a typical day, City Limits and the Craig Newmark Graduate School of Journalism teamed up this week to collect a few vignettes of aging in a borough that, while younger than the rest, will like all of the city and the U.S. get grayer as the years go by.

* * * *
Mary Leon, 78, picked up a newspaper at a Jerome Avenue convenience store. She was on her way to drop it off for a friend before they went on their weekly stroll through the Bronx’s Bedford Park neighborhood.

As she often does, she talked about friends who are gone.

Leon herself doesn’t worry about getting older: “Hell no!” she said. “Listen, all my father’s family and brothers and sisters went over the 100 mark. I’ve past three quarters I’m going to the fourth quarter.”

In the morning Leon often passes by the owner of a local funeral parlor. “You know what I always say to him? ‘Not ready for you yet!'”

Leon moved to the Bronx 55 years ago and to the neighborhood 35 years ago. She has no plans to leave. 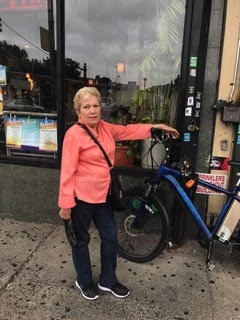 A few blocks away in Harris Park, adjacent to the Bronx High School of Science, Christopher Caile, 78, waited for his son’s soccer practice to begin. Caile said said he’s not worried much about aging either.

“I stretch about four days a week. I’m a martial artist. I’m always stretching I’m always working out,” he said.

Caile has lived in Riverdale for 22 years. He’s an entrepreneur and just launched a new software company. His diet, he said, is important to remaining active and healthy.

“I’m a wannabe vegan, but I never quite get there. But, I usually eat two meals a day as a vegan and a little meat at night. I take an assortment of supplements,” he said.

* * * *
The older people relaxing on benches in the Fordham Park area surrounding Edgar Allen Poe’s Cottage were happy to talk about their hopes for the neighborhood – especially affordable housing.

“Everywhere is getting too expensive. But not here, yet,” said Lee Rodriguez, 64, a retired healthcare worker who has lived in the Fordham area for 30 years. “I see construction popping up and fancier buildings. I just think I hope it’s still affordable for my grandkids – for me too.”

On another bench, Yvonne Brown, 61, said while her landlord of 15 years fails to fix the elevator in her fifth-floor walkup building, he “has the nerve to continue to raise rents.” Still, her main hope for the future is that people from outside the Bronx open their minds to the borough.

“I like to think that one day, people will start to see that it’s not what people say it is,” Brown said. “The way people talk about the Bronx, forget it. I don’t ever see anything. It’s not like that.”

That’s the sign that greeted Community District 12 resident Miguel Sanchez, 63, as he walked into the train station at Gun Hill Road.

After slowly making his way down the two flights of stairs, with his cane in hand, Sanchez said that he wished the elevator would get fixed soon.

“I have to use a cane because of my bad knees but I have to use the train to get to where I need to be,” said Sanchez.

“I just wished people picked up after themselves, that’s all. If you have a dog just clean it up,” said Sanchez. “They say they fine people but I don’t think people take it seriously.”

Despite his complaints, Sanchez said he’s attached to the neighborhood: “Yeah this place is my home. I don’t think I could leave this place and all the people I’ve met behind.” 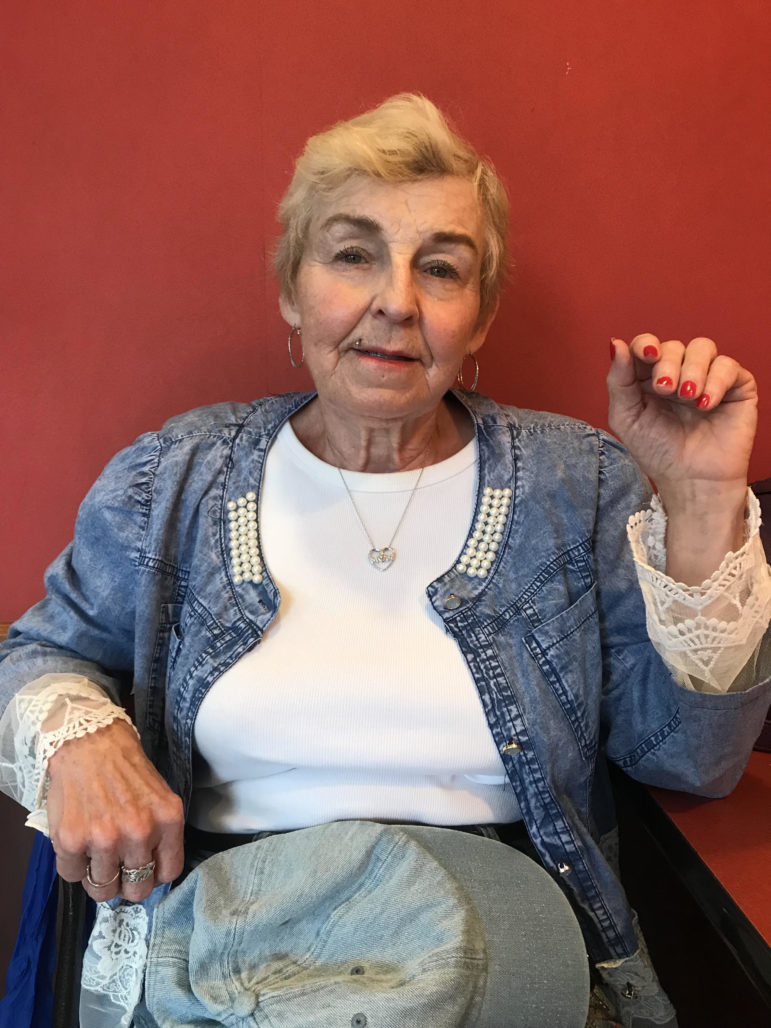 On a gloomy Wednesday morning at Lumi Nail in Morris Park, Constance Patane, 71, and Carol Popp, 67, discovered that Patane’s daughter had been a middle-school student of Popp’s many years ago.

“I knew you looked familiar,” said Patane. Both women live in the Morris Park area and have lived in the Bronx their entire lives. Both think their neighborhood is a wonderful place to grow old. They enjoy the public transport, easy access to medical facilities and the tight-knit community.

Popp said her husband agrees. “He told me I can bury him in the front yard,” she said.

Karen Sweeney, 75, also likes the area, and says she can walk or take the bus nearly everywhere she needs to go. A former MTA employee, Sweeney is a recovered drug and alcohol addict who said many of the people she knew in her younger years, when she lived near Dyckman Street in the Inwood area of Manhattan, died from substance abuse or HIV/AIDS.

These days Sweeney, who wears stylish hoop earrings and a jean jacket and has a pierced upper lip, stays busy and active taking aerobics and Zumba classes for senior citizens at the local YMCA.

“I never thought I’d say I’m an old lady, but I have a young spirit.” 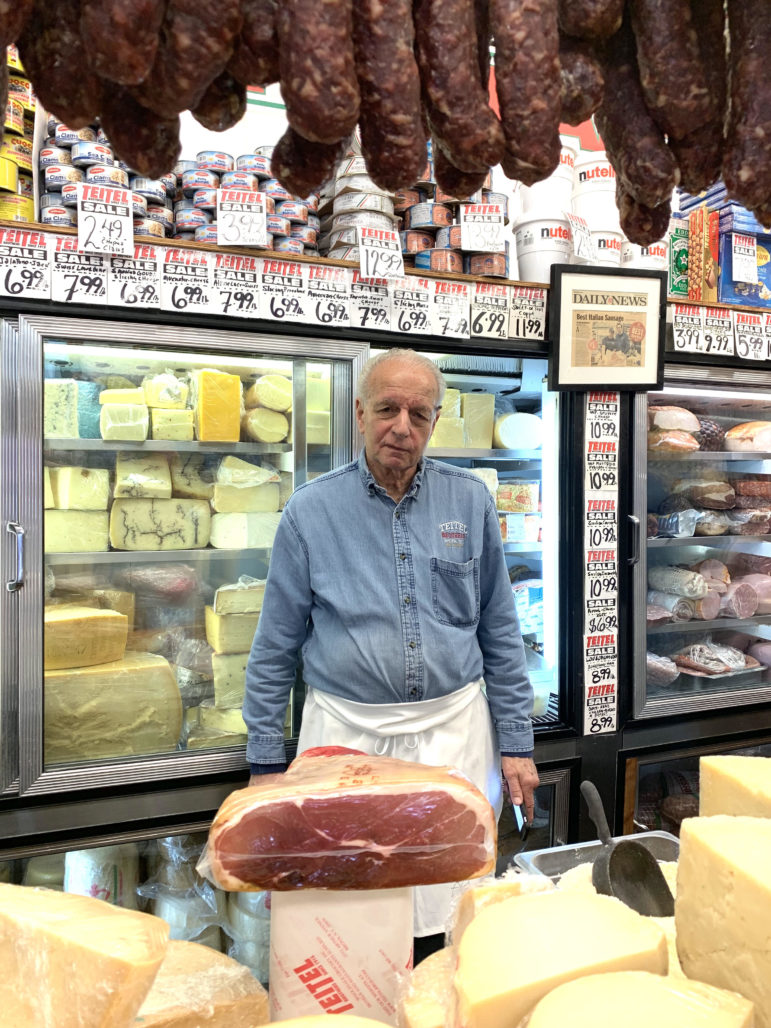 Gilbert Teitel, 81, owner of Teitel Brothers on Arthur Avenue, stands inside the store, which has been operating for 104 years.

Gilbert Teitel, the 81-year-old owner of Teitel Brothers on Arthur Avenue, is the last of the brothers to run the Italian specialty food shop, located in a neighborhood whose demographics have changed over the years.

“My parents came from Austria. When they came here it was 99 percent Italian,” said Teitel. “There were a few Jewish merchants here and they took a chance. The store has been open 104 years. I’ve been here for 60.”

Teitel worries about the change in attitude in the country as a whole: “I think there is more prejudice now. It’s more open. It’s violent. Years ago it wasn’t violent like it is today. It was verbal but it wasn’t violent.”

Local residents Julie and Richard (“just call us Smith,” he said), both 75, acknowledged that there have been changes in the neighborhood over the 50 years they’ve lived there. But Julie said that “I have no fears. I know everybody here. I feel safe here. Belmont is still good.”

Outside Mt. Carmel Senior Center, Edward Goldfarb, 77, said adapting to change is “the most important thing about aging.

“I’ve been here for 38 years,” said Goldfarb. “I have a love-hate relationship with this neighborhood. People don’t treat each other with enough dignity now and that’s a setback.”

* * * *
A cookout at Roberto Clemente Park overlooking the Harlem River, sponsored by the senior center Bronxworks, drew a number of attendees on Wednesday. Lillie Brown, 81, has lived in the Bronx for 44 years, said “I love the transportation, parks, and neighborhoods.” Her only complaint is that “the supermarkets don’t have senior discounts or fresh vegetables.”

Another cookout attendee, 52-year-old Diana Burgos, lived in the neighborhood in the mid-80s and recently moved back from Brooklyn. In some ways it’s improved, she said. “There is less drug addicts, more activity in the senior centers, and networks,” said Burgos. But she added that comparing today with the 1980s, “the crime [rate] has been the same.”

Jacqueline Baker, 72, who was in the park but not attending the cookout, said she’s comfortable in the Bronx and “knows where to go.” 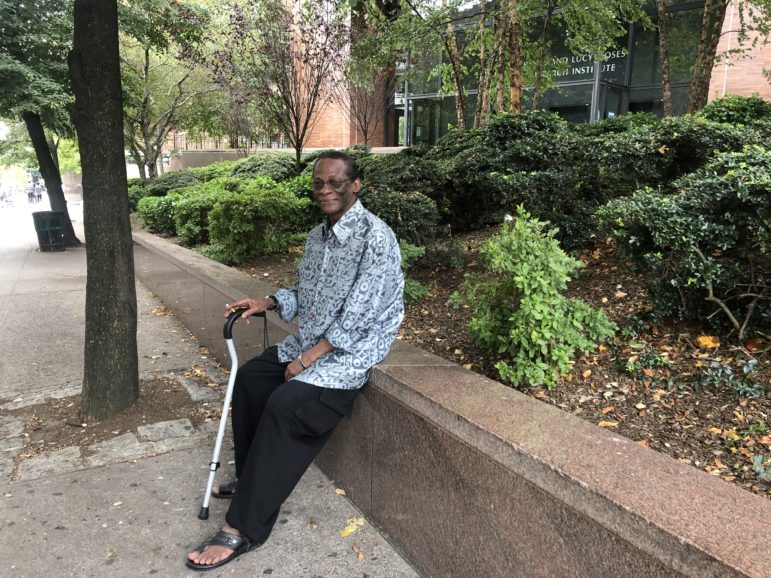 Safety is a concern for some who are aging in the Bronx. African immigrant Ben Konate, 75, said “people can attack you anytime.” While he’s lived in the borough for 23 years and said he feels like it’s home, he nonetheless says he never feels safe. “Most people here are acting without thinking,” said Konate, who would like to see more gun control.
Angela Johnson, 71, has been living in the Bronx for only three years, but said that she is able to find many things to do with friends. “I feel good here and usually comfortable, but I try to call a taxi if I need to get around.” Johnson said that the Bronx feels safer than it used to and that is why she decided to move here.

So far this year in the Bronx, all reported crimes were down 3.45 percent compared with the same period in 2018.

* * * *
Frances Finley, 73, has lived in the Bronx for more than 50 years. Sitting on her walker, slipping coffee in front of the Bronx Supreme Court building, she smiled when asked how she feels about the borough. “I love it here. I never want to live anywhere else,” she said. Finley was born in Mobile, Alabama and came to the Bronx at age 18. She married and had three children. These days, she said, “I go out all the time. I go to the senior centers. There’s more than one.”

Other long-time residents aren’t as enamored of the borough. While Robert Otero, 76, often sits outside his apartment building smoking and talking to friends, he says he prefers Manhattan – or even a warmer, more distant spot. “I wish I could hit the million-dollar lottery, then I would go to Florida,” said Otero, who has lived in the Bronx for more than 20 years. Born in Puerto Rico, he came to New York City as a child. Still, he seemed resigned to staying: “The Bronx – I guess it’s OK.”

A man who said he recently became homeless and calls himself Ra Scarface Capone said “I like the Bronx. It’s multicultural, really pretty easy going.” Capone, who said he’s “60 plus and then some,” said he plans to stay in the borough. “There is just something about it I like.” 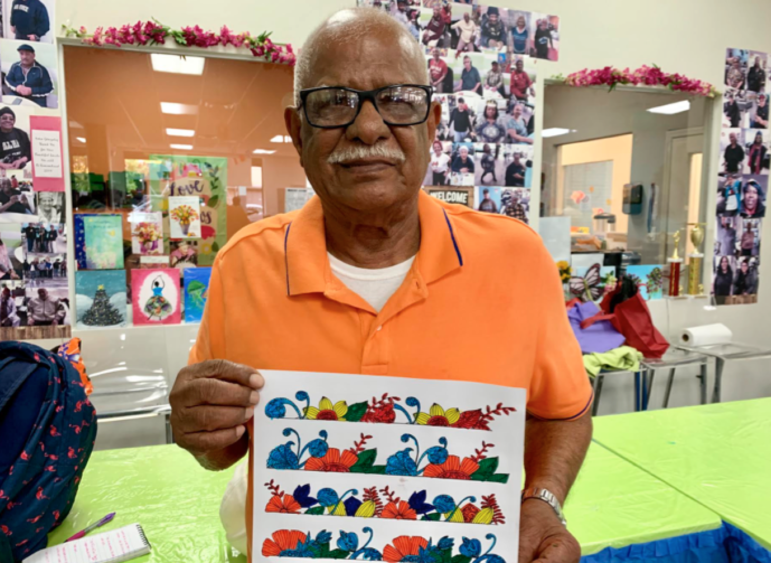 Clifford Drepaul, 82, holds up a piece of art he colored at The Heart Adult Day Care.

Clifford Drepaul, 82, is known as “Papa” around The Heart Adult Day Care, where he can be found every weekday. As one of the nearly 12 percent of Bronx Community District 9 residents 65 and older, he frequents the center for companionship and for programs, including bingo and arts and crafts. Originally from Guyana, Drepaul moved to the Bronx 37 years ago in 1983, and doesn’t plan on going anywhere.

“The most important thing to me is taking care of my health,” said Drepaul. “Here, I am better off because there is access to health facilities.”

Drepaul has asthma and high blood pressure. Sergio Mejia, the facility’s receptionist and transportation coordinator, said most of the center’s clients are coping with some health issue.

Elizabeth Walker, 95, is Drepaul’s best friend in the center and has lived in New York since 1944. Her son is an employee at the center. “My biggest concerns are health, good insurance, and finding a good place to live,” said Walker.