CityViews: City Finding a Just Way to Take Out the Trash 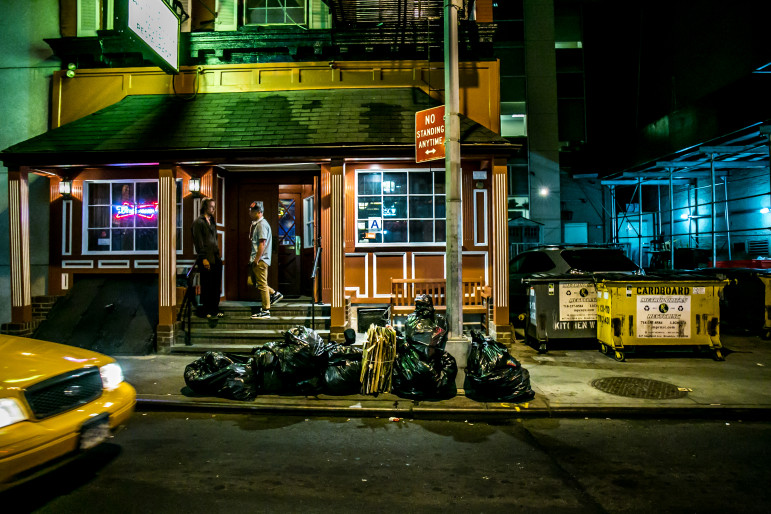 ‘We have about 100 different private companies picking up commercial trash in this city. ‘

Growing up on the Southside of Williamsburg, I’ve lived with the fallout of waste inequity my entire life. It seemed like every year there were more and more garbage trucks on the streets of my community, making it hard to safely cross the street or breathe clean air. What I didn’t know at the time is that when the city closed Fresh Kills Landfill, the trash had to go somewhere, and it went to the waste transfer stations that sprouted up in my neighborhood, where trash is processed before it is sent to landfills or recycling facilities.

Today, New York City has 60 waste transfer stations, with half of them located in three communities of color: North Brooklyn, the South Bronx, and Southeast Queens. North Brooklyn alone handles 40 percent of all waste produced in the city. The rest of the city combined receives only 25 percent. The associated truck traffic has serious implications for public health; for example, asthma rates in the South Bronx are eight times the national average, and Williamsburg has the highest rates of child asthma hospitalization in the borough.

But the problem is bigger than just these neighborhoods. We have about 100 different private companies picking up commercial trash in this city. With no rational process to assign routes, 10 businesses on the same block can contract with 10 different carters, meaning 10 different trucks will visit the block on a given night. For years, I’ve been calling it the Wild West.

All of that is about to change. Last week, the de Blasio administration announced its intent to create a smart plan that will bring strict oversight to this industry for the first time. Private sanitation companies will be assigned collection zones around the city, based on which companies can offer the best price to small businesses and meet the city’s high standards for recycling, sustainability, and labor practices. With only one carting company per zone, that means only one company’s garbage trucks picking up the trash instead of 10. It will take several years to implement, but that is to be expected with such a far reaching transformation.

The city’s study of this issue, released on Wednesday, shows that a collection zone system can reduce garbage truck traffic by up to two-thirds and greenhouse gas emissions by 42 to 64 percent. That is huge. It means fewer dangerous trucks, but also less of the pollution that causes global warming and gives our kids asthma.

Mayor de Blasio always talks about the Tale of Two Cities, and nowhere is the plight of inequality more apparent than in private sanitation. As the chair of the City Council’s Sanitation Committee, I have been a longstanding champion for commercial waste zones. Last year, I held a hearing that included all sides of the private sanitation debate. We heard from businesses and communities, but the moment I will never forget is when a group of non-union private sanitation workers got up to speak.

“I feel as if I’m a slave,” one worker testified. “I feel used and degraded. I feel as if I’m nobody, but this job is a real responsibility to keep the streets of New York City clean.” He and others talked about being paid next to nothing and being forced to work on trucks that were not safe. I committed that day to stand with workers in this industry. 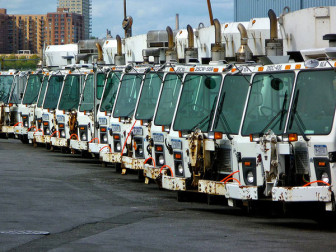 I was soon called on to keep that promise when those workers who testified were fired by their carting company in retaliation. We rallied in support and got them their jobs back. Soon after that victory, community members in my district came together to shed light on a transfer station that was a particularly bad neighbor, violating many regulations intended to protect the community from noxious fumes, chemicals, and dangerous trucks. Workers there also spoke to the deplorable conditions they faced. Thanks to this advocacy, the sanitation commissioner took measures to improve conditions in and around the facility, both for the community and the workers. In these cases and others, city intervention was needed to clean up the industry’s bad behavior. The industry was not going to reform itself.

Mayor Bloomberg did a lot to change how the city’s Department of Sanitation operates, with more sustainable facilities located in every borough, new programs to increase composting and recycling, and some of the cleanest trucks out there. Now, de Blasio is taking on the other half of our sanitation system, the commercial side. The kids playing in the Southside of Williamsburg don’t know it yet, but help is on the way.

***
Antonio Reynoso, a Democrat, is the City Councilmember for the 34th District, representing Bushwick and Williamsburg in Brooklyn and Ridgewood in Queens. First elected in 2013, he is the chair of the Committee on Sanitation & Solid Waste Management.